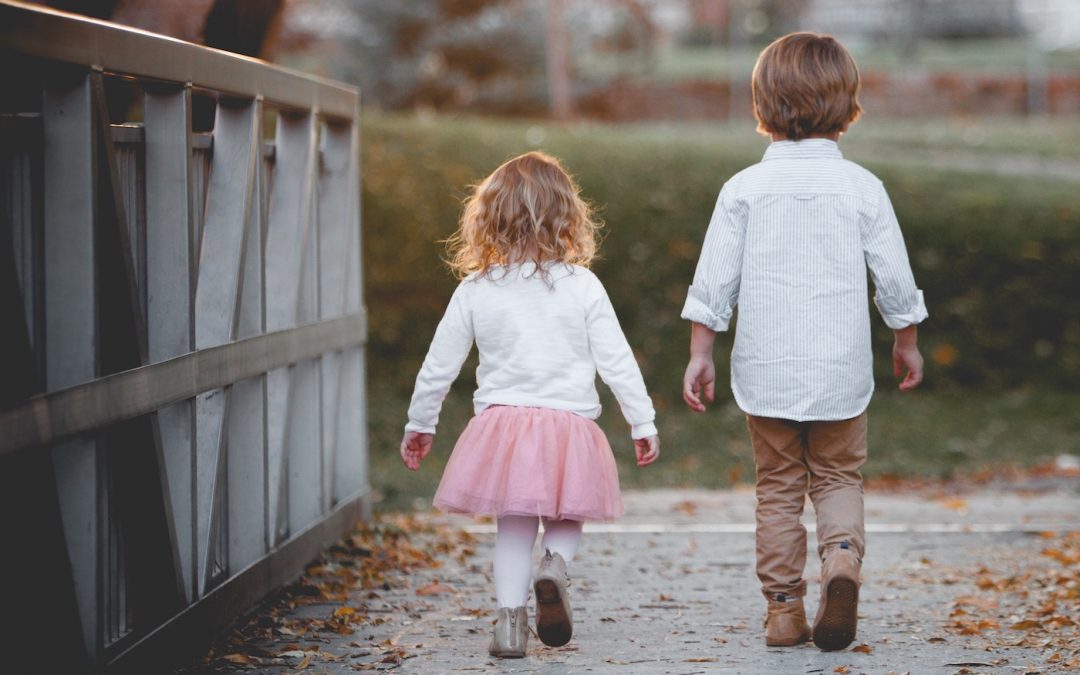 I started writing about why marriage is a children’s rights issue in 2012 following President Obama’s “evolution” on the subject of gay marriage when it seemed that everybody, especially the media, finally felt free to play the “bigot” card. Like many supporters of traditional marriage, I have friends and family that I love who are gay and lesbian, so the accusation of bigotry stung. But even worse was the media’s complete disregard for the reality that, historically, marriage has been the most child-friendly institution the world has ever known.

Unfortunately, in 2015, the Supreme Court redefined marriage for the entire country, transforming an institution that used to bring together the two people to whom children have a natural right into just one more vehicle of adult fulfillment.

Three years later, the concerns I raised in my original Public Discourse article—that redefining marriage will redefine parenthood—have come to fruition. In early 2018, Washington state passed the Uniform Parentage Act (UPA), which deems any adult the parent of a child created through reproductive technologies, regardless of whether or not the intended parents are married or unmarried, male or female, are single, coupled, throupled or quadrupled.

Historically parenthood has been established via a genetic connection to the child or upon completion of an adoption process. But the UPA deems any adults the parents of the child if they have a valid contract and “intend” to parent, even if none of the “intended” parents have a genetic connection to the child. Further, the UPA requires none of the extensive screening, vetting, and training that adoptive parents must undergo. So, for example, if three men can draft a contract and acquire sperm, egg and womb, they can each leave the hospital as “parents” of the baby with the full force of the Washington state courts behind them.

The UPA will make my home state a global hub for baby manufacturing, legislated in the name of “equality” for adults. Justice Kennedy claimed to be so concerned about the children, yet his Obergefell decision has contributed to their ultimate commodification.

Even though we lost the legal battle, I learned a lot during the run-up to Obergefell. Arguing online provides a brutal education on why some messages don’t get through. In my view, the errors of “our side” boiled down to three main points.

During the marriage debate, many traditional marriage supporters thought that appeals to studies, logic, and tradition would be enough to convince our neighbors that children needed marriage. In the end, the other side won the battle not because they had good research on their side. (They didn’t.) They won because they were able to humanize their arguments while we often responded with cold statistics. How different would things have been if we had story after story like this, written by a girl raised by her father and his male partner?

At the end of Kindergarten, we had a free day at school. We got to watch a movie in the gym, The Land Before Time. It is a classic movie. But for me it was a traumatic experience. I watched, eyes glued, as Littlefoot lost his Mother. Littlefoot had a “Mother” and she died saving his life. Littlefoot spent the entire movie mourning the loss of his “Mother.” It was in that moment, as a five year old girl, that I realized there was such a thing as a mother. It was also in that moment that I realized that I did not have one. I spent the rest of our free day at the gym crying into the arms of a teacher I would never see again for a mother that I never knew I never had.

We Must Highlight the True Victims

In the gay marriage debate, adults were framed as victims. While it’s true that many LGBT adults have experienced struggle and loss, the real victims of the marriage and family battle are children. Too often, victories for adults cost children their fundamental rights.

Here’s one woman talking about what her parents’ successful pregnancy via a sperm donor has cost her:

Anonymous arrangements sell best, are least complicated, so here I am, the daughter of my mother and a stranger she hoped never to meet, being raised by a man who had enough money to purchase my existence. I was also shocked to find out what a huge number of donor conceived half siblings I probably have living near me. At least 20, maybe over 50… I love them and miss them without even knowing them.

When we get the victims wrong, our personal choices and national policy will be wrong too

Many who passionately opposed gay marriage were silent when it came to the billion-dollar fertility industry (which is often used by heterosexuals to separate children from half of their genetic identity) and no-fault divorce (which affects a child’s physical and emotional health for life). Family injustice for children did not start with gay marriage, and LGBT activists are not responsible for the abysmal state of the American family today. It was heterosexuals who hurt kids like Annie. She writes:

Everything in my world was shaken to its core. My dad, who was he really? He professed the [tenets] of the Bible and yet he had been living a secret life for most of my life. My mom was a wreck. My brother who was still at home poured his life into basketball, his friends and girlfriends, sleeping with them and partying. No one in my family was available for me and all my questions. My life had become a rubble of shattered pieces and I truly didn’t know how to pick them up and make sense of them, but I needed to in order to keep surviving.

Who wants to listen to defenders of children’s rights who only defend the rights of certain children?

It’s Time for a New Approach

We endeavor to put a human face on debates around family structure—the face of a child. With more and more children experiencing the fallout of abandonment and divorce, donor conception, or motherlessness or fatherlessness due to same-sex parenting, the next generation understands the very real cost when a child’s right to a mother and a father is ignored.

Our movement does not pit gays against straights or Christians against atheists. Them Before Us leaders and ambassadors include the deeply religious, the wholly secular, single, married, gay, and straight. Despite our different religions, nations of origin, ages, marital status, and sexual orientation, we all have one thing in common: we were born of one man and one woman, and we all agree that knowing and loving—and being known and loved by—the man and woman who gave him or her life is a matter of fundamental justice for every child.

Fighting for the Rights of Children

The marriage battle wasn’t the beginning and it won’t be the end of the threat to children’s rights. We must recognize that departures from the married mother/father family are symptoms of a root issue: the flagrant disregard of the rights of children. Therefore, an effective and just rebuttal to the many cultural trends that threaten the well-being of children must be child-centric.

Cohabitation? Children of cohabiting parents have 119 percent higher odds of witnessing the dissolution of their parents’ relationship compared to their peers with married parents.

Polyamory? A cohabiting unrelated adult, especially a man, drastically increases a child’s risk of being neglected and abused.

No-Fault Divorce? Children are made for daily connection with both mother and father. In low-conflict marriages, divorce drastically disadvantages children.

Single-Motherhood by Choice? Children should never be intentionally denied the right to be known and loved by their father.

Intent-Based Parenthood Laws? Statistically, biological parentsare the safest caregivers because they are most connected to, most protective of, and most invested in the lives of their children. Only a biological parent can provide the biological identity that children crave.

Adult-Centric Adoption? No adult has a “right to adopt.” Children have a right to be adopted and social workers must have the freedom to place children in the home that best serves the child. (Speaking of adoption, I’ve written here about why adoption supports children’s rights while donor conception violates them. In short, a just society cares for orphans, it does not create them.)

Same-Sex Marriage? While not every marriage produces children, every child has a mother and father. Marriage is our best shot at ensuring that children are raised by both.

Sperm and Egg “Donation”? Intentionally denying children a relationship to their mother or father is an injustice, regardless of the “intended parents’” family structure.

Promotion of Same-Sex Parenthood? For a child to be in a same-sex headed household, they must lose a relationship with at least one adult to whom they have a natural right.

“Two moms” on Birth Certificates? The birth certificate serves the child by recording his or her biological identity. It is not a record of adult intent.

Surrogacy? Regardless of whether or not the child is genetically related to the surrogate, on the day of birth, the surrogate is the only parent the child knows. It is an injustice to intentionally sever that existing mother-child bond.

Them Before Us wants to transform the narrative around marriage and parenthood. We believe that every conversation about family structure should recognize and respect the rights of children. When that happens, good policy is the natural outcome. When we fail, children are regarded as commodities to be manufactured, bought, and sold for the enjoyment of adults.

Becoming a defender of children’s rights is the best strategy when it comes to protecting children and defeating bad policy. Still, it does comes with a personal cost: it means that we must make sacrifices in order to respect the rights of our own children.

It means that we don’t engage in a baby-making activity until we have made a lifelong commitment to our child’s future parent.

It means that when our own marriage is struggling, we do the hard work to repair it so that our children aren’t saddled with lifelong loss.

In the world of children’s rights, no adult gets a pass.

Such a mindset is long overdue.