Samantha – In Kansas there were no women, only Dad and Billy and my baby brother 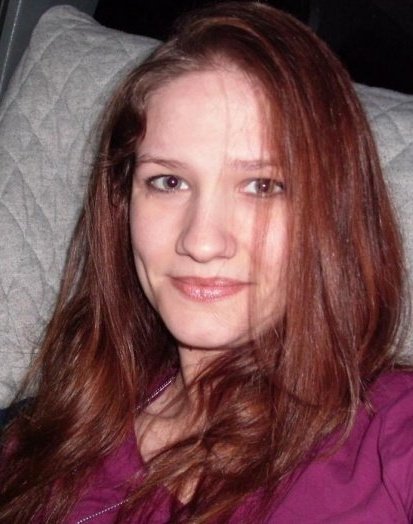 I was kidnapped when I was 8 months old. My father snuck me out of a diner in Albuquerque, NM while my mother was in the bathroom. My father moved me around quite a bit and stayed off the grid as much as possible to avoid detection from my mother. In Denver Colorado he married another woman, had a son, got divorced, and came out of the closet. My earliest memories began as flashes of snow and mountains and a black haired woman that made me a cake for my birthday. Then we moved to Kansas.

In Kansas there were no women, only Dad and Billy and my baby brother. I went to kindergarten. I did well in school. Then we moved to Oklahoma…me, my baby brother, Dad, and Billy. We were a family. It was the only family I had ever known.

At the end of Kindergarten, we had a free day at school. We got to watch a movie in the gym, The Land Before Time. It is a classic movie. But for me it was a traumatic experience. I watched, eyes glued, as Littlefoot lost his Mother. Littlefoot had a “Mother” and she died saving his life. Littlefoot spent the entire movie mourning the loss of his “Mother.” It was in that moment, as a five year old girl, that I realized there was such a thing as a mother. It was also in that moment that I realized that I did not have one. I spent the rest of our free day at the gym crying into the arms of a teacher I would never see again for a mother that I never knew I never had.

But children are resilient. I am resilient. I moved to Oklahoma and began experiencing so much more of life, because I was getting older. My memories became longer and less “flashy.” I made purposeful decisions. From a childhood development standpoint I was nearing the age of accountability. But before my memories stopped being flashes and moments, I had another traumatic experience about my mother. In 1989 the song I Will be Right Here Waiting For You by Richard Marx came out on the radio. In my little brain, he was not singing about a lover…it was a song my “Mother” was singing for me. I loved that song. It brought me comfort. I felt that song in the core of my soul, filling all its dark places. I was convinced that, not only did I have a “Mother” out there, but she was singing that song to me. I had a decided hole in my heart. I only had a fantasy to fill it.

I had a Dad and a Billy who went to work and I had school and I had my baby brother to care for, so I was not alone. But that hole where “Mother” should go just wouldn’t go away. I remember on Mother’s Day, when all the children in my class were taking home their little projects to “mom”…. I presented mine to Dad. I remember asking all of the women in my life if I could call them “mom”…. All of them respectfully declined. They were not opposed to being called “auntie” or “Ms” or something of the like. No one would be my “Mother.”

My brother and I ended up being placed up for adoption to family in 1992. We were adopted by Uncle Ed and Aunt Sue. They took us both in and treated us like they were our forever family. And they were our forever family. Very soon after meeting her, I asked Aunt Sue if I could call her “mom.” She said “Of course you can.” I needed Aunt Sue. I needed a mom. I have called her Mom since I was 8 years old. I was officially adopted when I was 12 years old. I had already started called Uncle Ed “dad,” though that took me longer (because I already had a dad). At 12 years old I knew what it was like to have both a mother and a father at the same time. Even though my adoptive family is crazy, and I still had my “real” dad… I went before the judge and swore, at 12 years old, that I was happy and that everything was ok.