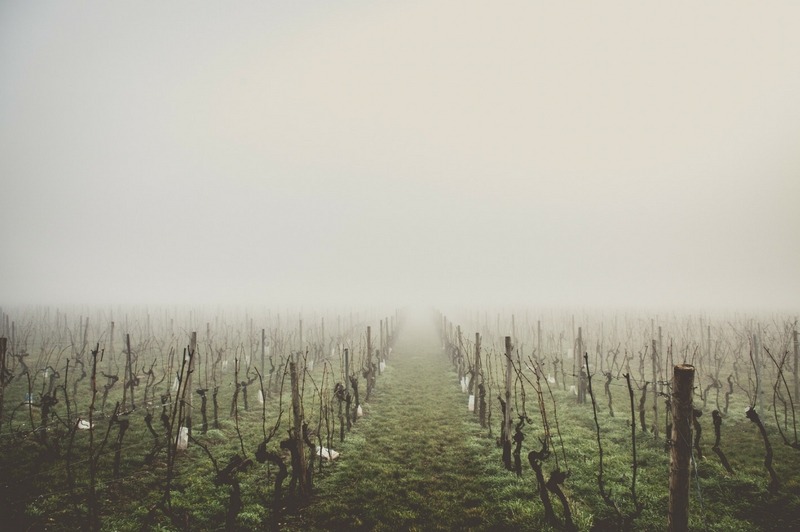 Reams of research testify to marriage being a force for good in the lives of children and statistically, the home of a child’s married mother and father is the safest place for a child. However, Them Before Us does not advocate for “marriage at all costs” if the “cost” involves sacrificing the safety and well-being of children. We acknowledge that divorce may be necessary in extreme circumstances, but that overall divorce should be rare and viewed critically.

“At Fault” Sometimes, “No Fault” Never

Before the advent of no-fault divorce, marriage was widely considered to be a permanent contract which held both parties to their marriage and parenting commitments. There were societal expectations and pressures brought to bear when one spouse could be found “at-fault” for a divorce due to abandonment, adultery, or abuse. Not only was there a stigma in violating your marital commitment, but being at-fault also resulted in a greater financial burden on the responsible party and thus incentivized both husband and wife to find a more viable solution to marital troubles.  At-fault divorce provided protection and rewards to the “innocent party” and/or the spouse who tried to make the marriage work.  However, no-fault divorce allowed the dissolution of the marriage relationship with no explanation. It’s surprisingly difficult to find good data on what reasons are given for divorce, but some estimate over 80% of divorces are because of no-fault cases.  The all-too-frequent result is that the party who was the most at-fault and who wanted the marriage the least, held the most power during the marriage and divorce proceedings.

On a societal level, no-fault divorce has given rise to a culture of low-commitment marriage at the expense of life-long risks to children. Because when a marriage can be casually ended, it’s often entered into casually as well.  No-fault divorce also has resulted in increasing numbers of couples who view marriage skeptically all-around. As a result, the next generation has often chosen to forgo marriage altogether in favor of the also-bad-for-kids-alternative: cohabitation. Rejecting no-fault divorce policy and the no-fault mentality would shift marital attitudes back to what is intended to be- a serious, life-long commitment. And it would spare countless children the heartache and negative effects of a divorced home.

While in extreme cases divorce may be necessary to protect children and the innocent spouse from the parent who is “at fault”, no-fault divorce has produced disastrous results for decades of our country’s children.

Research demonstrates clearly that divorce has numerous negative impacts on children.  However, no-fault divorce policy disregards everything except the feelings of the adults involved. As a result, children often suffer irreparable consequences.

Divorce begins, what can often become, a lifelong cycle of family disruption. Divorce is not victimless in any scenario, but when there are children involved, they pay the highest price for marital dissolution. Studies show that while adults sometimes reported being more happy or stable after divorce, it rarely resulted in children being happier or more stable. In the majority of cases children experience the opposite with most reporting that they were worse off after a divorce. A common theme in research on family breakdown revealed that divorce was only the first of many family disruptions that child would then experience throughout his or her life. Judith Wallerstien, a pioneer in the filed of long-term psychological impact of family disruption on children noted that, “Divorce is deceptive. Legally it is a single event, but psychologically it is a chain–sometimes a never-ending chain–of events, relocations, and radically shifting relationships strung through time, a process that forever changes the lives of the people involved.” (See the stories of Nate and Maria.)

Two homes are not better than one.  A divorce often results in two homes, two sets of rules and expectations, and gaps in concern or attention for schooling and behavior. A child often experiences one or two sets of parental romantic partners entering the scene, cohabitating, and then leaving. (See Jennifer’s story.) This “new normal” can create a cycle of stepparents and stepsiblings, and the relational strain of new relationships that are suddenly dissolved if the parents break up. Also, the potential for sexual abuse drastically increases when biologically unrelated males are cohabitating with children (Wallerstein & Lewis, 2004).

Divorce causes a decline in parental involvement. Fatherlessness is a national epidemic, particularly within minority communities, and divorce often lessens the involvement of one or both parents in the lives of their children- usually fathers. (Wallerstein & Lewis, 2004) Women are more likely to become the 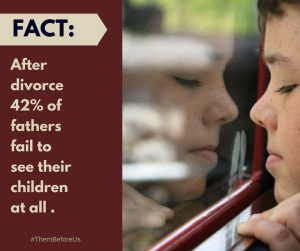 primary parent and dads, whether by choice or not, are often less involved in decision making, spend less time with their children, and are less financially involved in providing for them. One study revealed that after a divorce 42% of children never see their father again.

Children of divorced parents are more likely to experience poverty and remain in poverty longer (Fagan, 1999). Nearly half of divorced families in the United States live in poverty afterward, and 75% of women who apply for federal benefits do so because of a “disrupted marriage/relationship”.  While work opportunities, for both men and women, have increased and diversified, divorce has caused a regression in the wellbeing of children economically. Prior to no-fault divorce, childrens’ health, likelihood of having both parents at home, and economic stability was growing steadily. But with growing cultural approval for divorce and out-of-wedlock birth in the 60s, our nation saw an economic divide between kids living more prosperously with their married parents, vs economic insecurity for kids whose families had been disrupted (Whitehead, 1993).

Other negative effects: Research has shown that children of divorce also face: an increase in teen suicide, juvenile crime increasing and becoming more violent, declining school performance, kids more likely to marry as teenagers, more likely to have babies outside of marriage, more likely to dissolve their own marriages, increase in depression rates, damage to their relationship with both mother and father, and a decline in the marriage rate overall.  Millennials are more likely to avoid marriage altogether in favor of cohabitation.

While divorce might be necessary in extreme cases, it is for the benefit of children and society as a whole that we return to a more appropriate view marriage and divorce. Seeing the lifelong and often cyclical negative impacts of divorce on children demands that we reorient our personal concepts about marriage, as well as our national policies, and reject no-fault divorce.  The demise of the permanence of marriage that entered our legal landscape with the introduction of no-fault divorce is nothing short of a cultural crisis. A renewed focus on healthy marriages in which both parents are committed “for better or worse, till death do they part” would revolutionize the lives of the children of our nation.