Them Before Us – 2022 Accomplishments

Here are just a few highlights.

Our Global Impact: The Them Before Us message spread all over the globe in 2022. Them Before Us got to play a part in Albania being “victorious over the massive family – redefinition machine” by coaching the local coalition on child-centric language to oppose changes to the family code, sending a letter to the Albanian parliament, speaking at the National Family Congress, interviewing with Albanian media, and meeting with the Albanian president.

We made our Budapest debut to launch the Hungarian translation of the Them Before Us book. Our children’s rights message was presented at “The Values We Teach Our Children” summit and to over 10 Hungarian and European media outlets. Katy Faust met with the Hungarian Prime Minister and Minster of Justice. 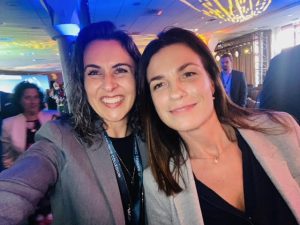 Virtually, we encouraged advocates in Japan, Bulgaria, Ukraine, & Scotland. Our book has foreign language translation contracts in five countries, like Latvia, and our website is currently available in 10 languages.

Speaking Engagements: Our children’s rights message was presented on a panel at Belmont Abbey College, and in a speaking series called the Underground Sessions. Them Before Us President Katy Faust had an opportunity to present South Dakota legislators with the harms of surrogacy. We opened for Al Mohler at the Pray Vote Stand Summit. In a speech considered one of her most important, Faust presented “This is a Child” at the National Conservative Conference and published it in The American Mind. 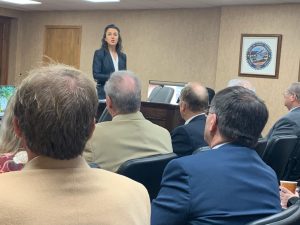 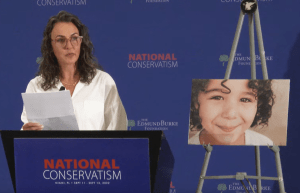 Media Appearances: We’ve been honored to appear on several large platforms this year. Here’s a sampling. The Them Before us message was heard by millennial and Gen Z women on The Spillover Podcast with TPUSA’s Alex Clark and on Relatable with Allie B. Stuckey, and politics and faith media like Al Mohler’s Thinking in Public podcast, CrossPolitic, Tony Perkins’ web show, and the Family Research Council here and here. To see the ever-growing playlist of videos of our Them Before Us appearances, click here.

Outside Publications: In an ongoing effort to educate about children’s rights, Them Before Us writers published in a number of outlets in 2022. We spoke out against the [Dis]Respect for Marriage Act and its negative impact on children in The Daily Signal and The Washington Examiner here and here. Conservatives were encouraged to continue pushing for policies that protect the rights of children in The Federalist here, here and here and informed about ‘Big Fertility’ in The American Conservative and The Society of St. Sebastian. 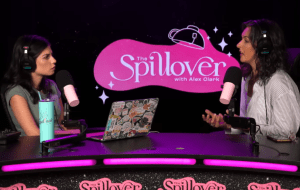 Finishing the year strong, Them Before Us submitted an amicus brief to the Supreme Court of the United States to protect children from Child Protective Service overreach.

There is no other organization advocating on behalf of children which is changing hearts, changing laws, and defending these critical child rights in languages across the globe. We cannot do it without your support.

Thank you for being one of Us!