Them Before Us in Hungary

Them Before Us made it’s Hungarian debut in February. The first stop was Budapest for the Hungarian launch of the Them Before Us book, published by Mathias Corvinus Collegium.

They titled the book Szemünk fényei, which translates to the light of our eyes, a Hungarian term of endearment for children.

In addition, Katy Spoke at The Values We Teach Our Children – MCC Budapest Summit alongside warriors like Rod Dreher, Heather MacDonald, Joshua Katz, and Sophia Kuby of ADF International. Katy appeared in 10+ Hungarian and European outlets. 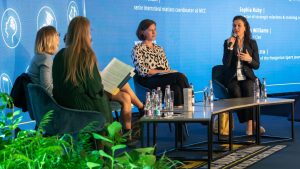 Conference speakers met with the Hungarian Prime Minister, Victor Orban. Despite hatred from the Western media, Katy urged him to stand firm on the issue of marriage for the sake of Hungarian children. “Love may be love,” Orban noted, “but marriage is an institution.”

Hungary is one of the few countries in the west, especially Europe, which is experiencing positive growth in marriage and birth rates and diminishing divorce and abortion rates. Much of this is due to conservative government policies. Katy met with several policy experts on the cultural and legal tactics they’re employing to reverse these damaging demographic trends. 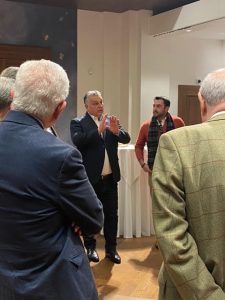 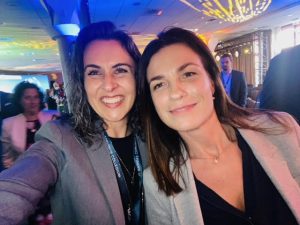 We hope that the translation of our book in Hungarian will fortify them as they stand firm on marriage and family and rebuff the continuous cultural, legal, and technological assaults on the rights of children.