Defenders Of Traditional Marriage Should Follow The Pro-Life Playbook 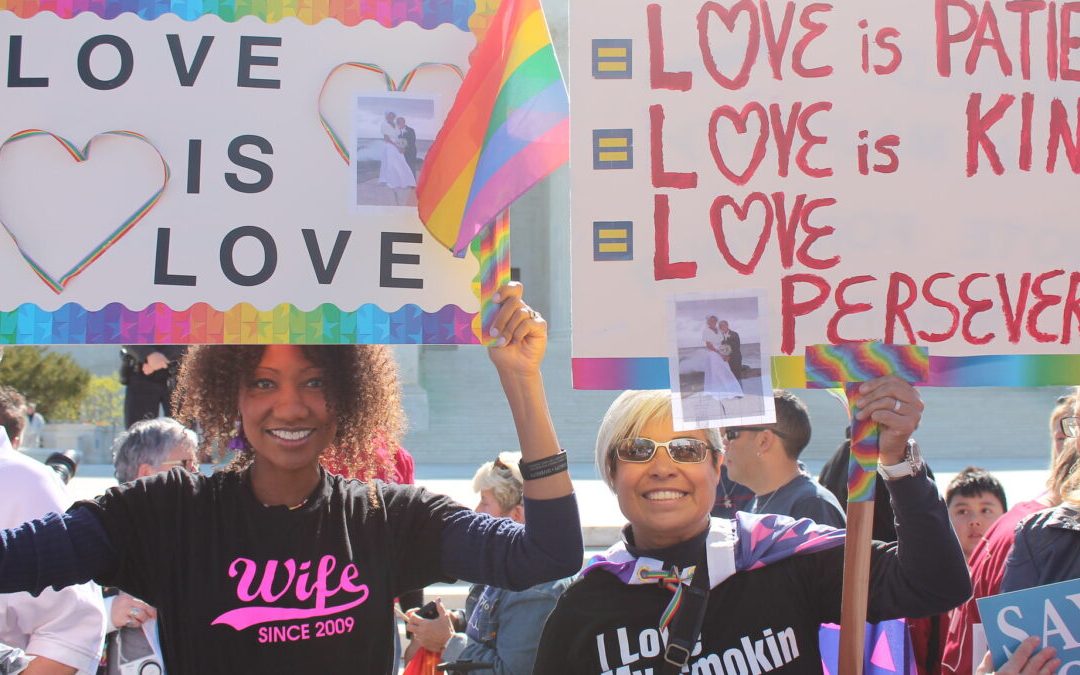 The Supreme Court’s ruling on the Dobbs case overturning Roe vs. Wade was the most refreshing and long-fought conservative culture war win in our lifetime. The pro-life activists responsible for this victory have established the path by which campaigns for social change must be patterned. That’s especially true for those still willing to fight the battle for marriage.

There are myriad similarities between the 1973 SCOTUS decision legalizing abortion, and their 2015 ruling legalizing gay marriage. Both decisions inflicted severe damage on the fundamental rights of children. Roe violates a child’s right to life. Obergefell is a subversive violation of a child’s right to their mother and father.

Many conservatives fail to ride the “love is love” thought train to the redefinition of parenthood station. Before Obergefell, marriage and parenthood laws, almost exclusively, related to the well-being of children. In fact, the only reason the state has traditionally had any interest in marriage is that most marriages produce children. Without marriage, children are raised fatherless and experience lifelong struggles. Making men and women interchangeable in parenting results in the violation of a child’s right to the two people responsible for their existence. Unfortunately, pro-traditional marriage advocates failed to establish this fighting Obergefell.

Both pro-abortion and pro-gay marriage arguments focus on adult desire. Feelings are centerstage in all pro-choice arguments – they’re not ready to parent, abortion made their Golden Globe possible, and they’ve got a devastating prenatal diagnosis. Feelings drive the arguments for gay marriage as well, gay and lesbian adults suffering, their “coming out” backstory, desperately wanting a family, and their longing for a State-validated partnership.

Necessarily, conversations around both issues eschewed focus from the children. Pro-abortionists disavow the humanity of the unborn, resorting to “clump of cells” talking points or “reproductive healthcare” euphemisms. Despite our amicus brief intended to draw the court’s attention to the suffering of children with gay parents, Obergefell proponents successfully argued that “marriage has nothing to do with kids.”

These SCOTUS rulings were decided on the basis that adult desires are rights; mothers possess the “right to choose,” and LGBT folks have a “right to marry.” But when adult desire masquerades as a right, children are forced to sacrifice their legitimate rights.

The similarities of these two cases illustrate that those seeking to rebuild a flourishing marriage culture should follow the winning tactics of the pro-life movement.

Our focus must be on children. Pro-lifers empathize with women in unplanned pregnancies, and they didn’t allow adult feelings to take center stage, they always focused the conversation on the child. When faced with statements like, “I’m not prepared to parent,” the pro-life response was “When does human life begin?” Reorienting the conversation toward the child’s right to life kept the spotlight on the real victim of bad personal and policy decisions.

The same is true for effective marriage arguments. Pre-Obergefell, the religious right wailed about the horrors gay marriage would inflict on … them. “We’d have to bake a cake, arrange flowers, or photograph a same-sex wedding!” The threat to religious liberty is, of course, deadly serious, but religious adults are not the victims of Obergefell. Children are.

In the wake of Obergefell, most are loathe to even acknowledge that children should be raised by a mother and father. According to the political zeitgeist, such blasphemy would constitute discrimination. Thus, traditional marriage advocates must shift tactics, we must make heart-changing, pro-marriage arguments based on the rights of children. Those who want to restore a flourishing marriage culture must empathize with gay adults, those struggling in their marriage, or considering sperm donation in the absence of Mr. Right, while remaining focused on the fact a child’s right to their mother and father supersedes an adult’s sadness, struggles or loneliness.

If we are to see a Dobbs-like victory for marriage, we must become educated. It was the proliferation of hundreds of pro-life organizations which resulted in well-informed warriors capable of rebutting common pro-choice talking points like “my body, my choice” and “it might be a human, but is it a person?” counterpoints.

Them Before Us is the only non-profit devoted to defending children’s right to their mother and father. To win back public opinion and we need more organizations equipping pro-marriage warriors who are equally comfortable fielding questions like:

“If you really think family is so important then you must be against divorce.”

“Kids don’t need moms and dads, they just need to be safe and loved.”

Proponents of both abortion and gay marriage often appeal to “edge cases,” outliers like rape and incest or, “so you’d rather have a child languish in an orphanage than adopted by a gay couple?” A solid pro-life and pro-marriage response requires readiness to respond to the rare exception argument. Just as the one percent of rape cases do not negate a child’s right to life, the slim instances of a same-sex couple being the only option for an adoption do not justify rewriting parenthood law.

Most importantly, we need to follow the two-prong approach of changing hearts and changing laws. Pro-life advocates walked the walk when it came to supporting women in unplanned pregnancies. They changed hearts by volunteering at pregnancy resource centers and outdoing their liberal counterparts as adoptive and foster parents. They also had savvy legal minds searching for cracks in the law to limit pre-birth murder.

Similarly, the pro-traditional marriage crowd must change hearts by doing the hard work of keeping their own families intact, enfolding into their orbit the father-hungry neighbor boy with two moms, and proving that the pro-marriage position isn’t grounded in animus by initiating a relationship with our LGBT neighbor. We also must incept creative legal action that will incentivize men to commit to the women they impregnate and thus restore the original function of the institution of marriage.

And finally, enough with cowardice. Pro-lifers were so confident that they were fighting for the most vulnerable that they were willing to pay the social cost. The pro-marriage crowd has been cowed, whispering and apologizing for their position in fear of being labeled “anti-gay” if they speak up on Facebook or at Thanksgiving dinner. No victory for marriage is possible until we can clearly articulate that marriage is a social justice issue for children; that we are failing to defend children when we fail to defend marriage.

The one major difference between the pro-life fight and the pro-marriage fight is child victims of abortion didn’t live to tell how they’ve been harmed. Child victims of bad marriage policy do. Their stories will be the most powerful tool in the fight to change hearts and change laws.