Why Ben Shapiro Is Dead Wrong To Endorse Surrogacy 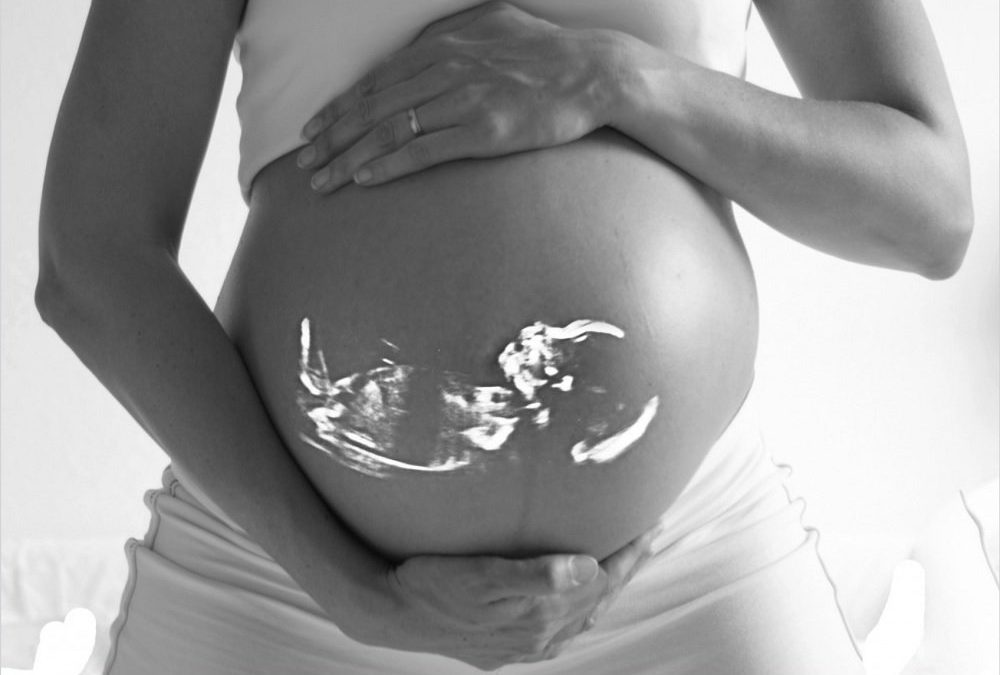 (Originally posted in The Federalist)

Ben Shapiro has been a fixture in my family’s life since his stint on KTTH here in Seattle, and we never miss his podcast.  I have learned to count on his moral clarity on current events and thus was overjoyed when I learned he was speaking at the March for Life. As a children’s rights activist, I’m grateful that someone with such a large platform is loudly defending the rights of the most vulnerable.

But my heart sank when he talked about surrogacy. I don’t blame him for not fully grasping how surrogacy violates the rights of children. Regarding reproductive technologies, moral clarity is scarce even among conservatives. Unfortunately, that moral ambiguity is turning babies into designer—and disposable—products.

Some celebrities choose surrogacy to keep their bodies (and careers) in shape. Others for medical reasons, others because there is no womb between or in them.  But “why” people choose surrogacy is irrelevant to “how” it affects children.

One glaring illustration of this marketplace of children is here in Washington state. The Uniform Parentage Act (UPA) that Democrats passed last year legalized commercial surrogacy. Thanks to the Supreme Court’s Obergefell decision, same-sex couples must enjoy the same “constellation of benefits” as heterosexual couples, which means parenthood laws must now accomplish what biology cannot—namely, making two same-sex adults the parents of a child. Therefore, as many of us predicted, redefining marriage redefined parenthood, and now legalizing commercial surrogacy is part and parcel of achieving “equality” for adults.

For adults creating children via reproductive technologies, the UPA defines parenthood by “intent” rather than biology. But when biology isn’t the basis for the parent/child relationship, children become commodities to be bought and traded, cut and pasted into any and every adult relationship — regardless of sex, marital status, number of parents, or genetic connection to the child.

The UPA will allow, for example, a group of four men to assemble sperm, egg, and womb from various people and all walk out of the hospital as full legal parents of the baby, even if none are related to the child. Unlike adoptive parents, adults who acquire children under the UPA need not undergo any pesky background checks, home studies, vetting, or training, despite their lack of biological connection to the child. A valid contract and “intent” to parent is all that’s required. Dog breeders take more care to interview potential families for their puppies than the UPA requires of adults creating children via surrogacy.

This isn’t fear-mongering.  We already have disaster surrogacy cases of men mass-producing surrogate babies, pedophile “intended parents” who created surrogate children, and babies handed over to unstable adults over the objections of the surrogate.  In some cases, it’s difficult to distinguish surrogate pregnancies from child trafficking. The Kim and Kanyes of the world are opening the door for wider acceptance of surrogacy, and the predatory Newton and Truongs of the world are eager to walk through it.

Regarding the suggestion that women will be forced to become pregnant a la “The Handmaid’s Tale,” Shapiro concluded “It’s just not true.” Except that, it is true in country after country where surrogacy is legalized. In fact, moments after I listened to the portion of his speech on surrogacy, a staunchly pro-life Indian woman standing in the crowd messaged me, “As much as I admire [Ben] for his views, especially his pro-life arguments, his view on surrogacy is disturbing. Since I am from India I’m more affected by this.”

Like all Indians, she is well aware of the factories of surrogates that have sprung up across India (and Nepal and Cambodia and Thailand and Laos) where hundreds of poor, brown “Offreds” service mostly wealthy white foreigners in search of cheap wombs. These surrogates are often chosen from a catalogue; their diet, movements, and relationships are closely monitored.

Realizing the threat surrogacy poses to women and children, India (and other previously surrogate-friendly countries) are finally banning it. The pro-abortion activists are right about “The Handmaid’s Tale,” they just got the victims wrong.

Shapiro said surrogacy is “not a moral issue.” I’ve previously itemized how surrogacy violates the rights of children, but here are a few moral issues that pertain specifically to the pro-life platform.

Abortion. For the sake of maximizing their investment, people who commission babies routinely implant multiple embryos and then “selectively reduce” (that is, abort around 20 weeks) the unwanted children, even if they are perfectly healthy.

Disposable embryos. In reproductive technology it’s common to create surplus embryos that are either frozen indefinitelyor destroyed once parents have a child. Or those embryos are exhausted as pregnancy after pregnancy fails. Lance Bass remarked of his sixth surrogacy attempt: “I think we’ve broken the record for how many donors [embryos] we’ve gone through.” Given that it’s common to implant up to four embryos at a time, Bass and his husband’s surrogacy attempts have likely cost the lives of 5-20 babies.

Buying babies. Surrogate pregnancies run into the six figures. Around 50 percent of children born via sperm donation are troubled that money changed hands over their conception. One donor-conceived woman remarked “My [sperm donor] father was paid $75 to stay out of my life forever.” Jessica Kern, a surrogate-born woman, writes, “When you know that a huge part of the reason that you came into the world is due solely to a paycheck, and that after being paid you are disposable, given away and never thought of again, it impacts how you view yourself.”

Health risks. Surrogate babies suffer physical and psychological risk, are more likely to be born premature and have low birth rates. The evidence is mounting that artificially conceived children may be at increased risk of cognitive disabilities.

Eugenics. Surrogacy requires gamete selection and embryo transfer. If the intended parents do not use their own gametes, they peruse a cataloge and select “donors” with specific attributes — tall, blonde hair, masters degree, athletic. If using their own gametes, it’s common to discard undesirable embryos or those of the “wrong” sex.

Use of “donor” egg and sperm. Third-party reproduction denies children a relationship with one or both parents, to whom they have a natural right. Donor children struggle disproportionately with depression, delinquency, and substance abuse. Eighty percent of children conceived via sperm donation would like to know the identity of their donor. For some, finding their donor becomes a lifelong pursuit.

None of these practices treat what Shapiro called “God’s most precious creation” with the dignity and protection that they deserve. Indeed, surrogacy doesn’t treat children as God’s creation at all, but rather the screened, customized, sex-preferred, designer creation of the commissioning parents.

The ‘Best Case Scenario’ Is Still Bad for Babies

When Shapiro remarked that surrogacy can be “useful and wonderful,” he may have pictured a married couple using their own egg and sperm, who don’t create surplus embryos, refuse to “selectively reduce,” and reject eugenic child-selection. This is an extremely rare scenario due to the high cost. Yet even in those “ideal” scenarios, surrogacy inflicts trauma on the child. Why? Because at the moment of birth, the child loses a relationship with the only parent he or she has ever known.

At the march, Shapiro showed baby pictures of his two children. I don’t know them, but I do know that the moment they were born, the only person they wanted was Shapiro’s wife. That’s because for nine months they knew only her body, her smell, her voice, and her rhythms. Upon birth, they were likely placed immediately on her chest, not because Shapiro’s wife was trying to establish a bond with her babies, but because she had an existing bond with them.

Even if a surrogate baby is genetically related to his two “intended parents,” on the day he’s born they are just two strangers among 7 billion others. Losing one’s birth mother inflicts trauma on a child, something adoption professionals refer to as a “primal wound.” Such wounds can manifest as depression, abandonment and loss issues, and emotional problems throughout an adoptee’s life. Sometimes due to difficult circumstances, a child is adopted at birth.  But to intentionally inflict that deep, lasting psychological distress upon a child, regardless of how much the adults want a baby, is immoral.

As Shapiro argued at the March for Life, tragic circumstances cannot define our positions about children’s rights. No right-to-lifer would accept the argument that just because some children die in utero via miscarriage, we can intentionally deny other unborn babies their right to life.

Similarly, just because some children lose one or both parents during childhood, that doesn’t justify intentionally denying children a relationship with their mother or father at conception. Just because some children are relinquished by their birth mother due to tragedy doesn’t justify intentionally severing the mother-child bond upon birth. Children have a right to life, and a right to their mother and father. Third-party reproduction and surrogacy deliberately violate those rights.

I understand that surrogacy can be confusing for pro-lifers. After all, we love babies, so any practice that produces babies must be good, right? But once we filter our opinions through the lens of children’s rights, the pro-life response to surrogacy is crystal clear. Surrogacy belongs firmly in Ben Shapiro’s “Things I Hate” column.