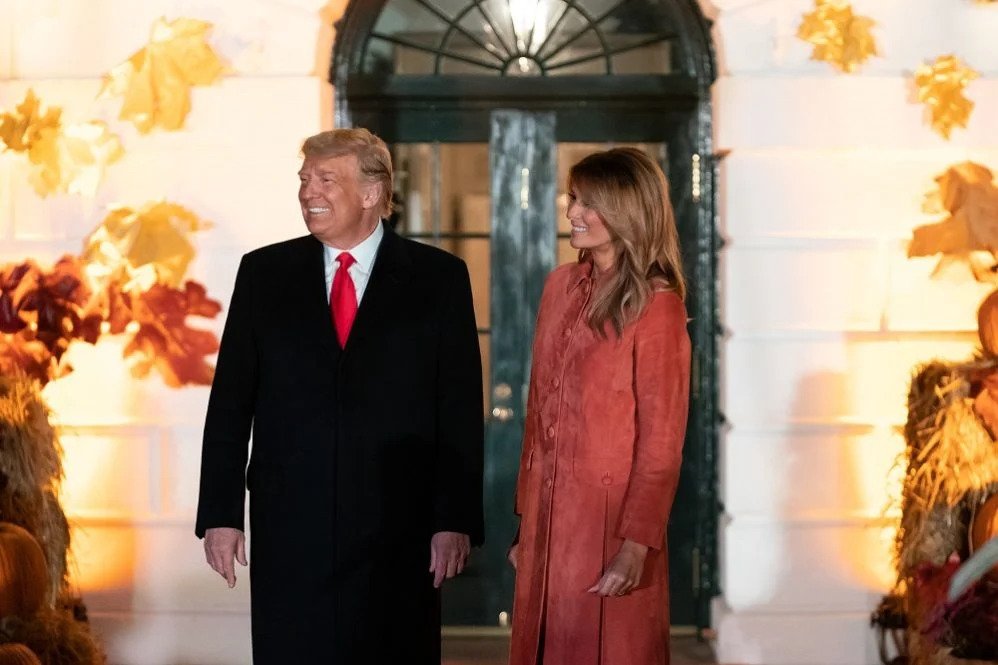 I didn’t vote for Donald Trump in 2016, but this year, only an act of God could stop me from doing so.

I make no excuses for Trump’s loose Twitter finger, and I still wince over the laundry list of cringe-worthy statements and undisciplined behavior we’ve all witnessed for the past four years. However, what the Trump administration has accomplished is stunning.

That has included landmark Middle East peace deals, record low unemployment for minorities, the historic number of court vacancies filled by conservative jurists, Trump’s refusal to use the pandemic as an excuse for a massive federal power grab, and the fact he’s been the most anti-war president in my lifetime. Those are just a few examples.

Those achievements are not even the primary reasons I’m casting my ballot for the president. I’m hoping for a Trump reelection because his administration has supported children’s rights, and it’s imperative we stop Democrat efforts to undermine those rights.

Last Time, Trump Had No Track Record, But Now He Does

In 2016, I didn’t believe President Trump was pro-life. For that matter, I didn’t even believe he was a conservative. But Trump has been the most pro-life president of my lifetime. He was the first president to speak at the March for Life, funded pregnancy resource centers using dollars earmarked for Planned Parenthood, ended taxpayer-funded abortions overseas, protected the rights of conscience for prolife health-care providers, and more. Children have a right to life, and this president has used his power to protect it.

Children’s rights on this side of the womb are equally important. My nonprofit, Them Before Us, advocates for children’s right to be known and loved by the only two people responsible for their existence — their mother and father. That right is guaranteed when they are raised in the home of their married mom and dad.

Not incidentally, the home of a child’s married biological parents is the very household structure that results in the lowest levels of child abuse and neglect and is our best chance to reduce the social ills plaguing children today. It’s also the adult relationship Democrats, intentionally or not, have undermined for decades. Whether by redefining marriage or the incentivization of father-absence through welfare programs, Democrat policies are at the heart of the disintegrating American family.

Protecting Children from Predators of All Kinds

It seems many who insist “families belong together” are the same people who celebrate family separation via surrogacy and sperm and egg donation, technologies that also result in life-long child loss. Children have a right to their parents. So my nonprofit has opposed commercial surrogacy, efforts to strip the words mother and father from parenthood laws, encourages child-centric adoption, and advocates for birth certificates that reflect a child’s biological parentage, not an adult’s intent to parent.

While the battle for children’s rights to their mother and father varies by state, our Democrat adversaries are lockstep. They doggedly seek to bulldoze the rights of children and codify adult desire in every matter of marriage and family.

Children also have a right to a whole and healthy body, even if they struggle with gender dysphoria. Former Vice President Joe Biden, shockingly, supports transgendering eight-year-olds.

Given the vast majority of children with gender confusion who experience puberty without doctor interference end up embracing their biological sex, encouraging prepubescent children to permanently damage their bodies in the name of “transitioning” is child abuse. Adults are free to choose what to do with their bodies, but children have a right to enter adulthood with healthy, intact organs and bodies unaltered by puberty blockers and cross-sex hormones.

Children need accurate information about their reproductive systems and sexual risk avoidance, but that’s not the kind of sex ed Democrats are pushing on our K-12 students. Rather, the “Comprehensive Sex Education” they tout is often pleasure-obsessed and unscientific.

In fact, many of these ideologically driven materials are so graphic, a warning on state TV is required to broadcast the legislature’s floor debate. Rather than be groomed for abuse by participating in classroom condom races, ten-year-olds should be taught to report anyone who invites them to use a condom. Children have a right to maintain their innocence, especially in the classroom.

The Trump administration reversed the Obama-era “guidance” that forced school-age girls to share bathrooms and locker rooms with biological boys, often over the girls’ objections. Women and girls do have a right to privacy, but it’s not to be found among the “emanations and penumbras” of the constitution which is, according to Justice Blackmun, where the “right” to abort babies is located. It’s found when a girl gets to say “no” to men and boys watching her disrobe in the locker room.

Democrats: Attacking Children at Every Turn

This administration has also restored the right to due process for our sons on college campuses. Trump’s Department of Education has proved serious about protecting student rights from kindergarten to college.

As important as good nutrition is to a child’s physical development, peer to peer contact is critical for each stage of a child’s social and emotional development. Yet extreme COVID lockdowns have closed summer camps, sports teams, and in-person schools despite the fact children are more likely to die from drowning than from COVID.

School lockdowns have made remote learning plans for special-needs children virtually impossible and parents are watching them regress. Childhood mental illnesses have soared, and online learning means disadvantaged students are falling further behind. While heavily Democrat teachers unions are leading the charge to keep schools closed longer, Trump is calling for safe school reopening wherever possible.

These issues are at the top of a long list of Democrat Party assaults on the rights and needs of children. They are also hard at work to decriminalize sex with minors, weaken parental rights, and force parents to accept failing government-assigned schools while opting for school choice for their own children.

Democrats are consistently on the wrong side of America’s children. And that puts me on the side of Trump.