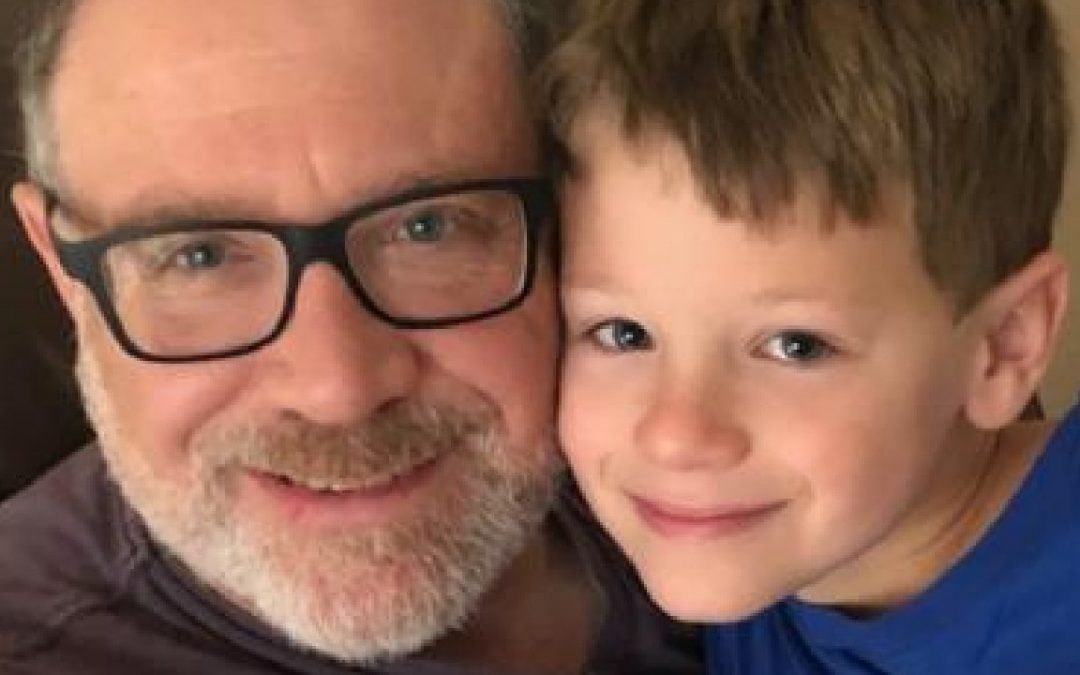 (Originally posted in The Federalist)

The story of seven-year-old James, whom his mother has pressured to become “Luna,” has been all over my newsfeed. The messy custody battle deserves every second of our click-bait-prone attention: Jeffrey Younger, James’s father, wants to keep his son’s body intact, while Anne Georgulas, James’s mother, wants to allow for “treatment” that would physically and chemically castrate him.

The havoc that divorce wreaks in a child’s life is mainstage in this tragic case. Most of us children of divorce quickly learn to act one way with mom and another way with dad. We can switch to a different set of rules, diet, family members, bedtime, screen time limits, and political convictions in that 20-minute ride from mom’s house to dad’s.

Unfortunately for little James, the adaptation he had to make went far beyond meat-lover’s pizza at dad’s house and cauliflower crusts at mom’s: it meant losing one of the most sacred aspects of his identity—his maleness. His dad loved him as a boy, so he got to be himself when he was at dad’s house. But mom showered love on the version of James she preferred, the one with the imaginary vagina.

So, as kids are so apt to do, when James was at her house, he conformed to the person his mother loved. This week a jury ruled that James must live like he’s at mom’s permanently, where he can “transition” fully, regardless of the cost to his mental and physical health.

The drugs used in these so-called transgender “treatments” are off-label and largely untested on children. Puberty blockers and cross-sex hormones have significant long-term health risks and are often followed by the amputation of healthy, fully-functioning organs. The worst part? It’s entirely unnecessary.

As with the overwhelming majority of kids who experience gender dysphoria, there’s a 88-98 percent chance that if doctors kept their hands off him, any transgender feelings James is experiencing would resolve on their own. But ideology rules, and if gender politics requires the sacrifice of his little boy’s manhood—and his boyhood—so we can prove ourselves sufficiently “woke,” then fetch the scalpel.

Link Between Biological Separation and Abuse

Beyond the “tale of two households” that set up this court battle, and the ideological madness on display in the proceedings, something else about this case deserves our attention: one of the two parents engaged in this custodial tug-of-war isn’t biologically related to little James. Care to guess which one? Do you think it’s the parent who wants to keep him physically whole? It’s not.

During her testimony Georgulas stated she is not the biological mother of James or his twin brother Jude. She purchased eggsfrom a biological stranger. This illuminates a well-known truth in the world of family and parenthood: biological parents are the most connected to, invested in, and protective of their children.

That’s why parental rights are a thing, and why parents—not the government—should have authority over medical decisions and education. It’s one reason biological parents are the two people to whom children have a natural right.

If we were serious about preventing abuse and neglect, we would incentivize biological parents raising their children together in a life-long union. That was the historical function of marriage before it became just one more vehicle of adult fulfillment. Not only do these two adults grant children the biological identity that they crave, but they also maximize child thriving.

For non-biologically related caregivers, the statistics flip. This is why there’s extensive screening and vetting of adoptive parents. While a biological father is usually the safest man in a child’s life, statistically, an unrelated cohabiting male is the most dangerous figure in a child’s life. (Google the words “mother’s boyfriend” and you’ll know what I’m talking about.) It’s true that there are abusive biological fathers and sacrificial step fathers, but those are the exceptions, not the rule.

Unfortunately, it’s not just unrelated men who pose a threat to children. Studies on step-mothers reveal this type of disadvantage is an equal-opportunity occurrence. Three Princeton economists found that statistically, children who live with a stepmother have less health care, less education and less money spent on their food than children raised by their biological mothers. As angry as it makes our “love makes a family” culture, for parenthood, biology matters.

Precisely because they recognize that biology matters to child safety, adoption professionals have established extensive measures to screen out unfit potential parents. I’ve written elsewhere on why adoption supports children’s rights while donor-conception violates children’s rights, but here’s the Spark Notes version: adoption functions as an institution to meet the needs of children, while third-party reproduction functions as a market to meet the desires of adults.

The U.S. fertility industry is a veritable wild west where the dollar reigns supreme, regulation is sparse, and tracking outcomes for the child-products are non-existent. As a result, there is very little data on how children of egg donors fare, and what if any impact the genetic disconnect has on the mother-child relationship. Maybe it will be more like a step-parent relationship. Maybe because of the continuous prenatal bond, it will be more like that of a natural mother-child relationship. It will be decades before research will give us the answer.

But when I see headlines about a woman pushing her prepubescent son to undergo experimental and risky “treatments,” I wonder if her biological disconnect has anything to do with it. To be clear, most non-biological parents do not wish their children harm. Most are doing the best they can in less-than-ideal situations. But James’s non-biological parent’s willingness to risk her child’s long-term health for what is likely a temporary emotional struggle contrasts sharply with his biological parent’s desire to protect him from harm.

Human Beings Are Not to Be Bought and Sold

In addition to the general challenges of being raised by a non-biological parent, children born via sperm or egg donation face a distinct struggle: commodification. The mentality that says “I have a right to a child” even if it means violating the child’s right to be known and loved by their biological parents treats children as commodities from the moment of conception.

The largest study ever conducted on donor-conceived children revealed that donor offspring often worry that sharing their own misgivings about their conception will upset their parents. It also found that nearly half of donor offspring are disturbed that their conception involved a financial transaction. Third-party reproduction begins with the premise that the child exists for the adult, not the other way around.

Third-party reproduction begins with the premise that the child exists for the adult, not the other way around.

Even when you’re not talking about a child rejecting his gender to satisfy his mommy, donor-conceived children often struggle with feeling like they were made solely to satisfy their parents desires. Alana Newman writes, “I knew from an early age that I was purchased and selected from essentially a catalog. I knew that my blonde hair and blue eyes was somehow valued above other colorations… I always knew that I was purchased and created precisely to make her happy, that was my raison d’etre.”

“My mom paid thousands of dollars for my creation,” writes another donor-conceived child, “so for me to just tell her that I want to know where half of my DNA has originated, for me to tell her that I want to look at the man that is my biological father in the eyes, for me to want more than just her in my life, it’s wrong. She spent so much money because she knew that a child of her own would make her happiest, but how happy can an unhappy child make her?”

“…being ‘wanted’ can sometimes feel like a curse, like I was created to make you happy, my rights be damned. I’d be lying if I said I never felt commodified,” says Bethany.

On Thursday the judge will rule on James’s case. We can only hope that she has more respect for this child’s natural rights and natural body than his mother does.