Maria – Divorce was a one-time event for my dad. But it was the beginning of countless losses for me 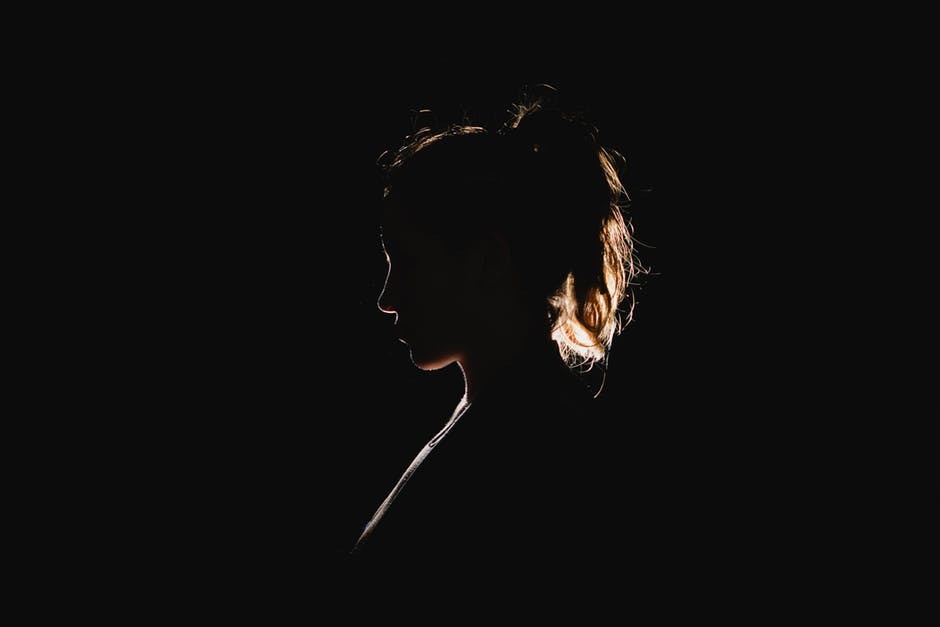 My parents divorced when I was eight.  At the time I had no idea that their marriage was struggling, though looking back there were signs.  In fact, the night they “told me” they took me out to eat and upon leaving the restaurant I put my arms around each of them and beamed, “I love our family.” When we got home, they announced their divorce.

My parents were both good parents.  And I was very close to both of them.  I was terrified that I was going to lose my father.  The friends I had whose parents were divorced only saw their dads every other weekend or in the summer… or some of them disappeared completely. But it was my mom who moved out first.  She got a room at another house nearby so she could still help with transportation and be around several times a week.  Going to sleep knowing that my mother wasn’t right upstairs in case I had a nightmare or that I wasn’t going to see her face before school caused me to cry myself to sleep more than once.  My heart was shattered.  I was broken.

I don’t have much memory of the following months. Just blank spaces where third-grade memories should be. There was one time when taking a test I remember my teacher, Mrs Rhodes, told us to begin.  Then she immediately told everyone to put their pencils down. I was confused.  When she came over to collect my test she asked my why my paper was blank.  I had been staring at my test for 20 minutes.  It felt like seconds.

I also had strange physical symptoms that first year.  I suffered from “stomach pains.”  They were unexplainable and debilitating. I would have a friend over, or be at gymnastics class or at a birthday party and suddenly double over in pain.  My parents would have to come get me and lift me into bed.  It would often take me a couple hours of lying still before they would subside.  One time, after some event downtown where my dad went to hear a speaker, I couldn’t get my legs to move. I tried to walk and they just buckled. I was scared because it felt like I was paralyzed from the waist down. My dad carried me several blocks back to the car.  I was fine the next day.

By the world’s standards, my parents had a “good” divorce.  My mom moved back in when my dad bought a house nearby.  They remained genuine friends and never spoke poorly of one another.  I was able to see whichever parent I wanted whenever I wanted so I would spend a couple weeks with my dad, then transition back to being with my mom for a month. They both understood how much I needed my other parent- thank God.

But life was still messy.  While I was with my mom things were stable.  It was the cycle of girlfriends in my dad’s life that was the most challenging.  My dad had several long-term girlfriends.  Some of them had children.  We would often live as a family- have weekends away together, share meals, and sometimes share a home.

Then they would be gone.

A month later there would be a new woman.  Within a few weeks, I would wake up and find her in the kitchen brewing the morning coffee.  They were all nice.  And thankfully, they all understood that they were not my parent.  But I’ll tell you, I learned to do the dance so they would like me.  Even as a girl I understood that she was vying for my father’s attention and affection.  There was an uneasy truce between us.  I knew that rocking the boat with said-woman-who-had-been-there-for-2.5-months could cause friction between my dad and me.  So I would smile, tell her that she could have the last of the milk knowing that in another few months she would probably be somewhere else.

I got somewhat attached to the first few.  One of them had a young daughter. We lived together (when I was at my dad’s) for two years. She felt like my little sister in some ways.  Her mother did not treat me like a daughter, however.  I remember one time she scolded me because her daughter needed help in the bath and I used conditioner on her hair.  “I’m going to have to shampoo like crazy to get this out!”  Over time I learned to keep my emotional distance and not let my guard down.

Despite all the transitions in his romantic life, I knew that my dad cherished me. His delight and interest in me and my activities, sports, and academics throughout middle school, high school and college grounded me and filled me with confidence.  I felt like I never got enough of him and was amazed that even into adulthood his opinion of me mattered more than almost anyone else’s.

After many years, he got engaged.  By this time I was married myself, with children.  One afternoon I told him, “When you get married, I am going to be the biggest champion of your marriage.  But on this side of the wedding, I want to know why this relationship is going to work when all the others didn’t.”  His fiancee walked in on that conversation, utterly baffled at how I could doubt his feelings and commitment.  Living through two decades of revolving-door-women has that effect on a girl.

My dad was happy with his wife and marriage.  Very happy.  And they were both good grandparents to my children. But it was the worst decade of my relationship with my father.  His wife had strong political views that conflicted with mine and that colored my dad’s opinion of me in a way I had never experienced. For the first time in all my life, I felt like he hated me.  And he very nearly said so on several occasions. Most visits began with an explosion- my father reciting some frustration with “people like me” who were responsible for increased ocean temperatures or some foreign war.  I knew that when they came to visit, I would just have to steel myself for the blast of anger and then things would settle down and we could enjoy our time together.  I would try to lead my dad (and his wife if she was there) away from the kids- on a walk or into another room- when the “blow-up” took place so that their picture of their grandfather (and the woman they considered their grandmother) wouldn’t be damaged.  But when my five year old asked me one day after they headed home, “Mom, why is Grandpa so angry with you all the time?” I knew something had to change.  I told my dad that if he could not control his hostility that I could not continue the relationship. That night I sobbed, fearing that after a lifetime of trying to cling to my father that I was going to lose him forever.  Thankfully and miraculously, he sought some counsel outside of his marriage and the following couple years our relationship stabilized. My children and I made some sweet memories with him that I’ll cherish forever.

My father died last year.  As I went through all the photos, the faces of past girlfriends marked the stages of my adolescence, teen years, and early adulthood.  At the funeral, some of my dad’s long-time friends bounded over to me exclaiming, “Boy, your dad sure had to go though a lot of heartache before he found the right woman.  But love was worth it!”  “You idiots,” I wanted to scream. “You have no idea what his pursuit of “love” cost me.” But of course I smiled and didn’t say anything.  I have decades of experience smiling and stuffing my feelings to maintain peace.  I learned when I was young that I was the one who needed to “sacrifice” and “accommodate” and “support” so that my dad could be happy.

I have never written about this before and will not share this story again.  And I will never share it under my own name. For the sake of my children, I am trying to maintain a relationship with the woman who they consider their grandmother.  She is already dating someone new.  As of my last visit, there are more pictures of my dad displayed at my mother’s house than at his widow’s house.

Divorce was a one-time event for my dad.  But it was the beginning of countless losses for me.  And it looks like I’ll be dealing with his divorce long after his death.