Nate – My mom and dad had children with their new spouses, but neither step-parent treated me the same as their own children 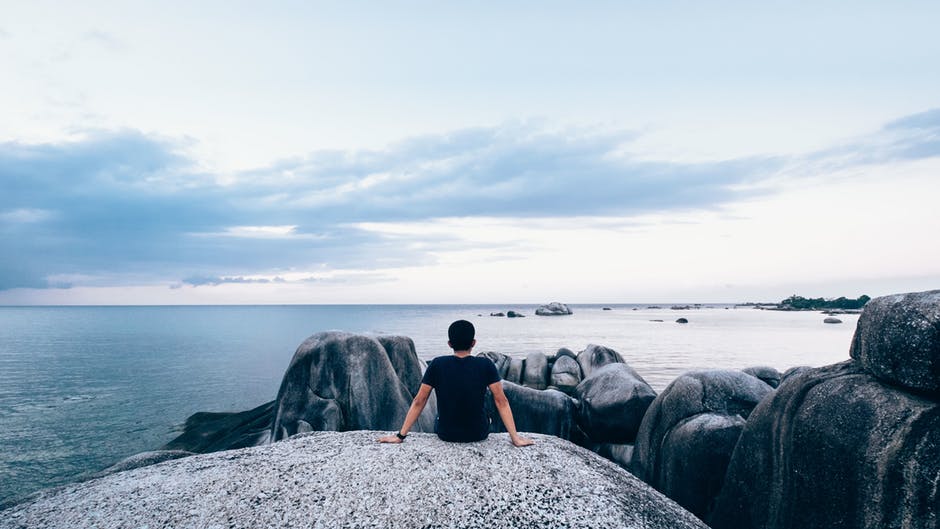 My first memory is of Halloween when I was a year and a half old.  My mom put me down in front of the fireplace and turned to make some food in the kitchen.  Then my dad came over and put an orange smiley-face lollipop in my hand.  I didn’t know what I was looking at but it looked like it was the size of my 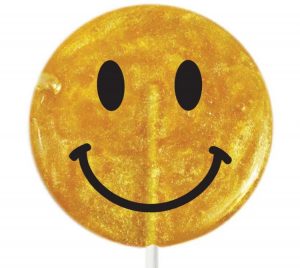 face.  Then my mom came over and snatched it out of my hand and they started arguing loudly about the effects of sugar on children.  I didn’t understand what was happening, but this was family life for me over the next 14 years.

My parents divorced when I was three, but the arguing continued.  My mom shamelessly had an affair that lasted only a few weeks.  My father was broken; he never wanted to end the marriage.  After the divorce settlement my mom took her half of the money and purchased a tiny house and went to Law school.  Her goals were to become rich, travel the world, and replace my father (she specifically told me this when she remarried when I was age six).  When I was at my mom’s house I never saw her over the next two years.  She was always in class while I was in daycare.  At night we hardly spent time together because she was always studying.

My dad, on the other hand, requested that the judge give him custody when I was about 4 years old because he didn’t want me raised in the daycare system.  So he took his half of the money, rented the basement of a friend, and didn’t work for a year while he played stay-at-home dad.

I loved my dad, especially when I was young.  He was fun, funny, and always took an interest in me.  Sure there were rules and boundaries; I learned quickly not to cross them.  But life at my dad’s was always more fun and peaceful than at my mom’s house.  And while my parents briefly considered getting back together, they decided not to because they couldn’t get along.

I remember the first time my mom took me away for the weekend on a ski trip with my soon to be step-dad.  I was about age five.  We were watching television at the ski lodge and I was crawling around on all fours pretending to be a cat.  I crawled under my future step-dad’s legs and pretended to bite them (not hard), and he stomped my head.  This was the beginning of an abusive relationship.  At my mom’s wedding, all her pot smoking lawyer friends were there.  One of the wedding gifts was pot brownies.  Marijuana, alcohol, and naked hot tub parties were something I watched my mom, step-dad and their friends engage in regularly.  The sweet smell of marijuana wafted through the house two or three times a week.  My mom and step-dad drank at least two or three beers or glasses of wine per night.  And often I would be yelled at until they were stoned; sometimes I would be slapped, thrown up against a wall, and one time my step-dad threw me on my bed and put his knee in my chest with the full pressure of his 180 lbs. frame when I was eight because I forgot my mom’s birthday.  I think he broke my ribs because to this day the left side of my bone structure is a different shape than my right, but I was never allowed to talk about it.  “Son,” my mom would say, “family doesn’t tell on family, besides, you’re step-dad’s a lawyer and it will ruin his career.”  I responded, “He’s NOT my DAD!!!”

I wanted to live with my real dad, but the judge wouldn’t allow it.  And my parents had constant arguments about visitation rights.  Onetime the argument had to do with the fact my mom showed up six hours early to pick me up on a Sunday.  She and my step-dad went skiing, but the snow was bad so they came home early.  My dad said he had six more hours and they should come back later.  My mom tried to kick my dad in the privates, with a ski boot.  My dad blocked it and said, “You don’t want to do that, I was a Marine.”  To which my mom went back to the car and told my step-dad to beat up my dad.  Like a coward he stayed in the car (he could beat on a little kid but not a grown man).  I was all shook up.  Do you realize the emotional trauma a child goes through when they see their parents acting this way?

The arguing between my parents was so bad that I had this recurring nightmare from about age six to eight years old.  The first time I had this dream I was a piece of black silly putty in a white room like a racquetball court.  I could hear my mom and dad arguing but I couldn’t see them, their voices echoed throughout the room.  Each time I would hear my mom I would stretch in that direction, and then when my 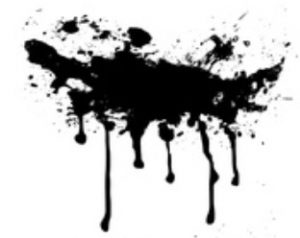 dad would start arguing I would stretch in that direction.  I would wake up in a cold sweat each time I had this dream with my dad saying, “Wake up, it’s just a dream!” Apparently each time I had been crying and thrashing about in my bed.  Another variation of this dream I was a black ink-blot on a round white table in the white racquetball room.  Again, each time I heard the voices, the ink would go toward that voice as if someone were blowing the ink with a straw.  But the ink never went in a straight line because the arguing of my parents went around the table as if they were chasing each other.

I think I had these dreams not just because of their arguing, but also because of the inconsistency of the two homes I was living in and how they would interact with me about the other parent.  This was poignantly experienced in the car rides between houses, which would take about an hour.  On the way to my dad’s my mom would tell me how stupid she thought my dad was, and really seemed to try to work me against him.  On the way back from my dad’s my dad would give me a ride and I would often cry.  My dad would ask me why and I would say, “Because I miss you and wish you were in my life every day.  And you’re not anything like what mom says about you.”  My dad would say, “Tell me more.”  So I would recount everything she had said and he would tell me most of it was not true.  But he would never belittle my mom; instead he would go straight to her and confront her about her slander.

The worst times of their arguments was related to the holidays.  When I was in fifth grade I overheard my mom telling my dad on the phone that she would take my dad to court and permanently take me away from him if he didn’t allow for me to go on a six week vacation from Thanksgiving and through the New Year.  I was supposed to be with my dad that Christmas, but she had already bought the tickets to New Zealand and threatened to sue.  I ended up going to New Zealand that Christmas because my dad couldn’t afford a lawyer.  My mom stopped threatening to take my dad to court because I put my foot down and said he was my dad and I needed him in my life and my step-dad could never replace him.

Both my mom and dad had children with their new spouses, but neither of my step-parents treated me the same as they did their own children.  It felt like I was the third wheel, like I was being pushed out of a relationship that was established before either of the step parents and their children came along.  This, too, was painful to experience.

As I got older, I began to see how messed up my life was.  I remember in fourth grade when a kid in my class had his parents’ divorce, the teachers gathered together the two classes in our grade and asked, “How many of you live with your mom and dad together as a married couple?” Out of 52 students, three raised their hands.  I was in a liberal, progressive town in the 1980s, and the three kids with parents still married were all conservatives.  I spent a lot of time with those three families over the next eight years because they had what I wanted.  I noticed a stark contrast to their family life compared to my own.  The parents rarely argued, they loved each other, the dad set boundaries with the children and they all seemed to respect authority and get a long in a way different from what I had ever seen.  There were no drugs, no naked hot tub parties, and very little alcohol.  Sure they had problems, but they paled in comparison to my own.  One of those families took me to church, regularly.  I wanted what they had.  I made a conscious decision when I was young to cut myself off from the liberal mindset related to family, which had cost me so much, and conserve the fundamentals of family.  Heading into college, this is what I sought.

Today, I am in my 40s, married with four children.  My wife and I are trying to build for our family what I never had as a child.  All I wanted growing up was for my mom and my dad to love each other and to love me.  I wanted us to be together, and I wanted a sibling that was 100% related to me.  While I have done my best to be a committed servant leader to my wife and family, often I see in me many of the negatives from all four of my parents.  Regularly I have to suppress a side of me that is extremely unhealthy.  It’s almost like PTSD, and I don’t think any of my family members will ever understand.  But thankfully I have a  wonderful bride who complements me, and the fruits we see in our children bring joy to my heart.