What’s ‘Incredibly Damaging To The Gospel,’ Joshua Harris, Are Your Lies About It 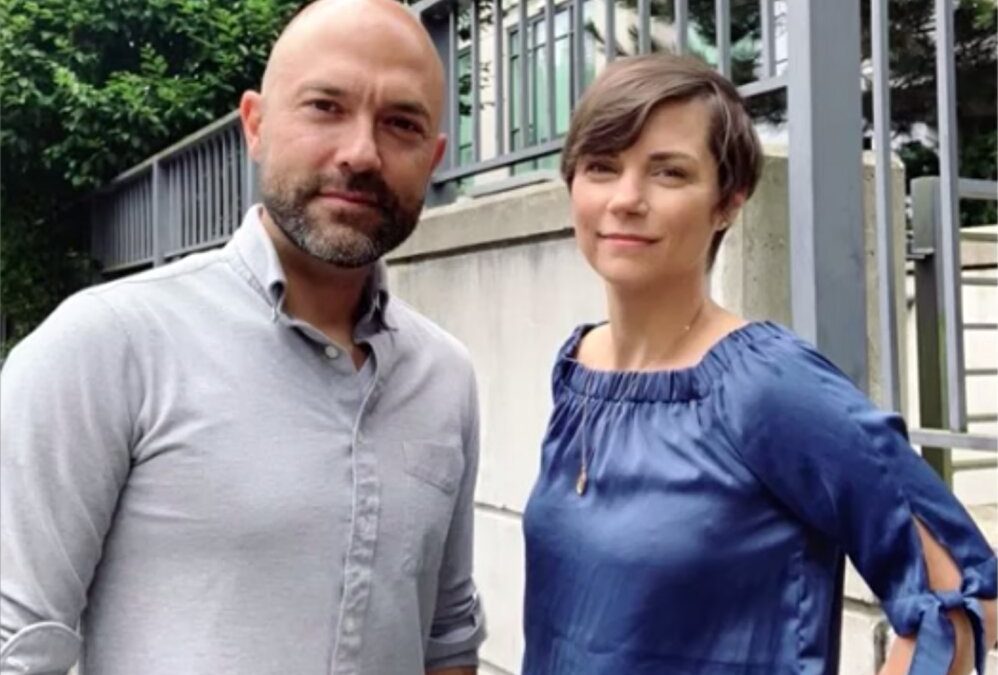 In a recent interview, newly ex-mega-church pastor Joshua Harris and author of the 1990s best-seller “I Kissed Dating Goodbye” remarked that the support President Trump has received from the evangelical community has been “incredibly damaging to the gospel and to the church.” I’d wager Harris is projecting something fierce.

In August, Harris announced that he and his wife Shannon were divorcing, that he no longer considers himself a Christian, and that he regrets “standing against marriage equality.” Just in case the point was lost on any of us, he followed up his announcement by posting a picture of himself eating a rainbow donut at the Vancouver Pride parade.

It’s no coincidence that Harris reversed himself on biblical teachings on sex and marriage while abandoning the core tenets of the faith. I suppose Harris is just following the crowd, as entire mainline denominations are embracing the zeitgeist.

The denial of sexual and marital norms by believers is often adjacent to a rejection of the core tenets of the faith. That’s because to arrive at these “inclusive” and “affirming” positions on marriage, Christians must exalt intoxicants such as emotion over uncompromising scripture, tradition, and natural law. Once you shift the authority from sola scriptura to sola feels, it’s only a matter of time before every other orthodox teaching finds itself on the woke chopping block.

As a pastor’s wife and a children’s rights activist, I have a great deal of patience for nonbelievers and my LGBT friends who have questions about my support for traditional marriage. I have clocked numerous hours conversing at the coffee shop in an effort to help them understand how I can love them wholeheartedly and reject gay marriage. If this is your first time to the child’s rights party, let me throw you a bone — it’s because the scriptural and historical purpose of marriage is child-centric, and gay kids need their moms and dads, too.

But Christian leaders who get sex and marriage wrong? Get off my lawn. Whether approaching the issue from a natural law perspective where male and female complementarity features prominently, or considering the most widely ratified treaty in human history outlines a child’s right to be known and loved by their mother and father, or through the lens of scripture where God joins together man and woman in life-long union because he is seeking “godly offspring” (Malachi 2), Christian leaders have no excuse for getting marriage wrong.

Zip. Zero. Nada. Their more-tolerant-than-Jesus definition of marriage (Mark 10:6-9) is, to use Harris’ own words, incredibly damaging not only to the church, but to the most vulnerable as well.

The reality is that Christians cannot get gay marriage wrong unless they first get the gospel wrong. Progressive Christians are under the wrong impression that ours is a gospel of affirmation: the idea that God affirms everything we think and say and do and want. This misconceived notion of the gospel believes that for God to genuinely love us, he has to love everything about us.

In this self-esteem-driven, everyone-gets-a-prize culture, a God who sometimes disapproves of our thoughts and behavior (*cough* Psalm 19:14) appears to be quite a bigot. In the “Born This Way” version of the Gaga gospel, Matthew 5:29 would read, “If your right eye causes you to stumble, by all means, redefine the word ‘stumble’ because, well, I wouldn’t want you to lose an eye now, would I?”

The Gospel Teaches Transformation, Not Affirmation

An honest reading of scripture reveals that ours is not a gospel of affirmation. Leave aside the 613 laws of the Old Testament in which God is rigidly un-affirming as he imposes devastating consequences on his people when they misuse their words, money, bodies, land, and worship. The New Testament and the gospels are also brimming with commands to put off behaviors that displease God and put on an entirely new nature.

We have a God who loves us enough to accept us as we are. That same God loves us enough not to leave us as he found us. Indeed, our gospel is not one of affirmation; it’s a gospel of transformation.

That transformation begins when, judicially, Christ substitutes himself for us in God’s cosmic ledger. His atoning sacrifice kicks off the process of us mortals being transformed into the likeness of God’s own Son. Sometimes that’s an about-face, in which we are instantly freed from our former temptations. More often, God slowly pries our fingers, one by one, off our particular brand of besetting sin.

Whether in an instant or over a lifetime of refinement, scripture makes clear that transformation is part and parcel of a genuine encounter with Jesus; “Such were some of you” (1 Cor. 6:11). In fact, the reality of incremental sanctification is so evident throughout the New Testament that a Christian must ask himself, “If I’m not being transformed, have I actually met the real Christ?”

Lest you misunderstand, when I speak of transformation in this context, I’m not referring to “praying the gay away.” The goal of Christianity is not heterosexuality, it’s holiness. If my Freedom March brothers and sisters have taught me anything, it’s that many who experience same-sex attraction can out-holy me all day long.

I don’t know enough about Harris to guess what kind of teaching he received on Jesus or the gospel. I do know that Harris’ parents must have done something right, because his two brothers, Brett and Alex, were able to distill the essence of Christian life in the title of their book, “Do Hard Things.”

When it comes to marriage, doing hard things means each parent must overcome his or her own baggage. And let’s be honest, every person has baggage, married or not. Whether that means addressing mental health issues, refining communication skills, fleeing sexual temptation, or finding your way out of a crisis of faith, adults need to do the hard thing so children don’t have to deal with the long-term harms that accompany family breakup.

Barring actual abuse, when adults refuse to do the hard thing and instead choose to abandon the marriage, what they’re really saying is, “This cross is too heavy for me. Here kids, you take it instead.” If you want to talk about something that’s “incredibly damaging” to a child’s understanding of the God who says he is the bridegroom and the church is his bride, getting marriage wrong in your personal life or in church teaching is at the top of that list.

I often wonder about Christian leaders who compromise on marriage, the ones who fly the rainbow banners outside their church doors. I wonder what they’ll say to that teen boy with two moms who approaches his inclusive pastor and asks her, “The first command with a promise tells me I should honor my mother and father, but you officiated the wedding that made it impossible for me to obey that command.” Will she tell that boy suffering from father hunger, so common among kids with single and double moms, that his suffering is the required sacrifice on the altar of this newfound adult civil right?

Christians Must Get the Marriage Message Right

There are many areas in this Christian life where honest believers can disagree. Sex and marriage is not one of them. No amount of textual contortions can land you in a place where God affirms same-sex marriage because in scripture (and law), marriage is connected to parenting. Redefining marriage, in a Christian or cultural context, redefines parenthood in a way that makes mothers or fathers optional in the life of a child. That’s a problem because Christians are repeatedly commanded to protect the fatherless, not create them.

That’s why biblical prescriptions on sex and marriage result in safeguarding the rights of children. Adults directing their sexual appetites into lifelong heterosexual union sets children up for success. When we fully understand the transformative nature of the gospel, adults have the power to conform their lives to God’s good design, and children are the primary beneficiaries.

When Harris’ best-seller “I Kissed Dating Goodbye” was flying off the shelves in 1997, I was clawing my way out of the cultural morass that resulted from the sexual revolution. The principle of chastity Harris now decries as an oppressive tool of an out-of-touch God is the very precept that has spared my four kids the fragmentation that both my husband and I experienced as children.

Our gendered, totally-imperfect-but-improving-by-God’s-grace marriage is not only their best chance at avoiding a host of social ills, it also provides our children a picture of the true gospel — the gospel in which the bridegroom does the hard thing by devoting himself to his bride, the church, even to the point of death (Eph. 5:32). It seems to me that if Christians are serious about avoiding errors that are “incredibly damaging to the gospel and the church,” we will be careful to get sex and marriage exactly right.