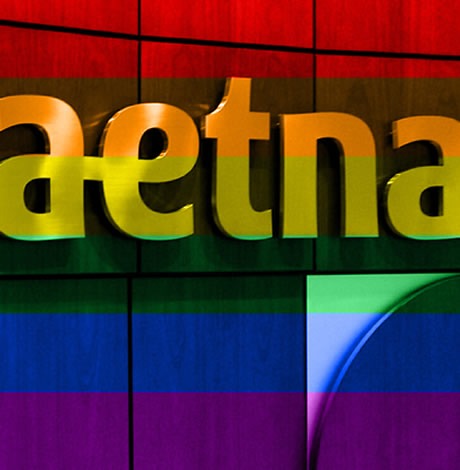 In September 2020, a same-sex couple was denied coverage for Intrauterine Insemination and In-Vitro Fertilization treatments because they did not meet Aetna’s definition of infertility. Aetna defines infertility coverable by insurance as not becoming pregnant after twelve months of unprotected sex or twelve months of donor insemination. This coverage, then, excludes same-sex persons and those who can’t afford donor insemination out of pocket, leaving Emma Goidel and her partner to pay for their quest to create a baby with no help from Aetna. Goidel stated that this denial of coverage “…feels like a queer tax,” and she’s now suing Aetna on the grounds of discrimination and due to the belief that this requirement diminishes “the rights of queer people to form families in the way that they choose.” However, is there a right for anyone to create children “in the way that they choose,” specifically when the manner they choose denies children of their right to their biological mothers and fathers?

There’s certainly no right to commodify children, which is exactly what occurs when adults seek to deprive children of their fundamental needs to fulfill their desires. Children conceived in the manner of which Goidel and her partner seek, which is by use of a sperm donor, are always intentionally denied the benefit of being known and loved by their biological fathers. Besides fulfilling the need for half of one’s genealogical identity, fathers contribute to the necessary dual-gender influence of parenthood by using more authoritative parenting, providing more rough-and-tumble play, and providing a sense of security and protection.

The more authoritative parenting of fathers leads to better emotional, social, academic, and behavioral outcomes. Children with higher levels of father involvement have higher levels of confidence, sociability, self-control, are less likely to act out in school, have fewer teen pregnancies, and are less likely to participate in risky behaviors in adolescence such as crime and drug and alcohol abuse. Fathers influence the development of imagination and critical thinking skills through creative play. The rough-and-tumble play that fathers provide allows for the opportunity for fathers to quickly bond with their children, as fathers and children get their peaks in oxytocin from playing with each other. This type of play with fathers is beneficial for the development of children because it’s reciprocal and risky. This type of play teaches the child about the give and take of relationships and how to determine and appropriately handle risk. Fatherless children are also more likely to struggle with mental health disorders like anxiety, suicide, and depression. The absence of fathers hinders development, beginning at infancy, and the psychological harm of father absence continues throughout adulthood.

Two adult children conceived through gamete donation had this to say about their experiences with being commodified, facing genealogical bewilderment, and lacking dual-gender influence:

Being without a named father has put me into something of a perpetual existential crisis. I feel as though I was not even conceived out of love – I was conceived because my parents could afford to buy the necessary ingredient, some random guy’s jizz. I will never know half of my biology, half of where I come from and why I exist. I feel robbed of an experience afforded to nearly everyone else in the world…Whenever I would bring up these feelings to my parents, they would be dismissed as pointless and ungrateful. I was told I was simply lucky to be born…I feel completely alone in this sadness. I spent my teenage years envious of my friends with fathers, wishing that I’d been born into their family instead.

I’ve seen other people experience the first-instinct sense of eeriness, too. One woman said in a Facebook group, ‘I’m thinking of being an egg donor! I used to see it as giving away my child, but then I had infertile friends, and now I want to do what I can to help them.’ I remember saying something to the effect, It IS giving away your child.

Goidel also stated about her “right” to deprive a child of his or her biological father, “Reproductive rights have to be more than just the right to end a pregnancy…They have to include the right to begin a pregnancy…no one should have to pay thousands of dollars to start a family.” This statement shows that abortion and reproductive technologies are two sides of the same child-commodifying coin, and ones that treat children as mere wish fulfilling accessories. After all, if one can force a child out of existence regardless of whether it violates a child’s right to life, then one should be able to force them into existence even if it violates a child’s right to his or her mother and father. This has taught us that the fundamental rights of children to their lives and to their mothers and fathers must be protected regardless of whether they are unwanted or whether they are greatly wanted.

The commodification of children, and denial of their rights, only continues when insurance companies incentivize the reproductive technologies process by covering it in their insurance packages. Therefore, society must reinforce the reality that mothers and fathers are necessary in the lives of their children, as well as the reality that children are not products whose lives adults can manipulate in order to satisfy their wishes.