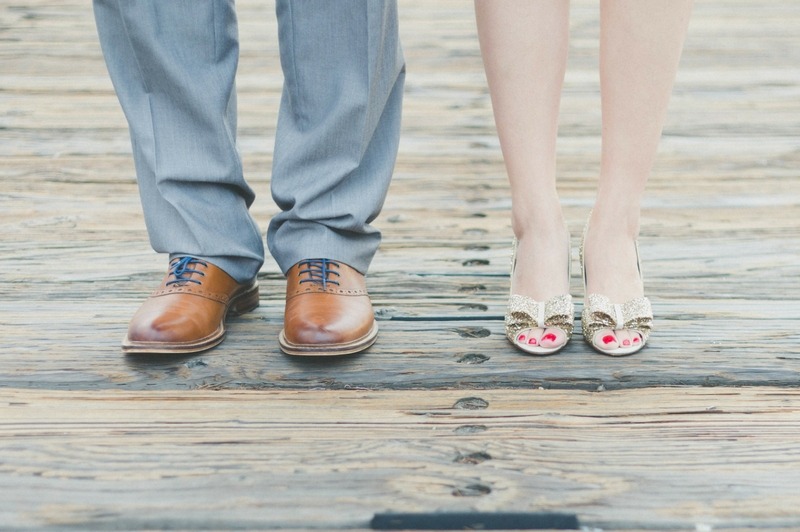 Children are fragile human beings that require the utmost provision, love, attention, moral education, and the inculcation of virtues. Without the proper care, children would not survive infancy nor grow to maturity.  Depending on their age, children possess different needs in different degrees. For example, an infant is going to require more attention than a twelve-year-old boy. Nonetheless, they both require the proper nurture. But which adults are in the best position to take care of children?

The answer from decades of research is clear: a man and a woman cooperating to raise their children together.

If gender differences did not matter in parenting, then children would not be missing out on any unique parental benefits in a fatherless home. However, this is not the case. Gender differences are real and they have a significant impact on children. For example, children from fatherless homes are more prone to engage in sexual activities early in life, are more likely to live in poverty, and have higher chances of delinquency and drug abuse.

Granted, there are children who grew up in foster homes, orphanages, with adoptive parents, same-sex parents, or in a single-parent household who are excelling in life. However, these exceptions do not overrule the well-established fact that “two parents—a father and a mother—are better for a child than one parent.” It is also important to note that having a father and a mother together in a household, in itself, is not enough. Fathers and mothers must be involved with their children and the relationship between the father and the mother must be a low-conflict relationship. These are the conditions that most benefit children.

The Biological Foundation of Mothering and Fathering

Biological differences between men and women help shape their parenting styles and these parenting styles produce unique effects which benefit children in numerous ways. Although both father and mother share the same goal: successfully raise their children, they achieve that goal differently.

In a chapter titled “The Effect of Gender-Based Parental Influences on Raising Children,” psychiatrist and distinguished fellow of the American Psychiatric Association Scott Haltzman observes:

Parenting styles correlate to biological differences between men and women. Women, compared to men, have higher levels of oxytocin—the hormone responsible for emotional bonding—and oxytocin receptors. Oxytocin serves to calm anxiety, reduce motor activity, and foster an increase in touch. In contrast, testosterone—present in men at levels tenfold higher than women—is correlated to an increase in motor activity in infant boys and may be responsible for higher levels of physical activities in men compared to women.

In his chapter, “Gendered Parenting’s Implications for Children’s Well-Being: Theory and Research in Applied Perspective” Rob Palkovitz, professor of human development and family studies at the University of Delaware writes,

As far as biological sex goes, men tend to be firmer and more nondirective than women as parents, while women tend to be more responsive, structured, and regimented than men. Fathers are more demanding of children in regard to problem solving than mothers and make more action-related demands for accomplishment of tasks. Fathers tend to be more unconventional in their toy and object use than mothers and use objects to engage in physical contact with children to a greater degree than mothers. Fathers also destabilize children during play through the use of teasing to a greater extent than mothers

John Snarey, Professor of Human Development and Ethics at Emory’s Candler School of Theology writes, “Children who roughhouse with their fathers. . . usually quickly learn that biting, kicking, and other forms of physical violence are not acceptable.” An involved father in the lives of his children is thus, critical in the developing of the trait of self-control.

Moreover, involved fathers who respect and love their wife become ideal role models for their sons. Involved fathers greatly impact their son’s masculine character traits. According to Popenoe, by having their father present in their lives, sons learn about “male responsibility and achievement, how to be suitably assertive and independent, and how to relate acceptably with the opposite sex.”

When fathers have little to no positive involvement with their children, David J. Eggebeen, Associate Professor of Human Development and Family Studies at Penn State University writes that children are more likely to experience “depression symptoms,” and are more likely to “engage in delinquency.” The more positively involved a father is with their children, the less likely they are to experience these issues.

Glenn Stanton explains that fathers provide a look at the world of men while mothers offer their children insight into the world of women.

Girls and boys who grow up with a father are more familiar and secure with the curious world of men. Girls with involved, married fathers are more likely to have healthier relationships with boys in adolescence and men in adulthood because they learn from their fathers how proper men act toward women. They also learn from mom how to live in a woman’s world. This knowledge builds emotional security and safety from the exploitation of predatory males. Mothers help boys understand the female world and develop a sensitivity toward women. They also help boys know how to relate and communicate with women.

In “The Effect of Gender-Based Parental Influences on Raising Children,” Scott Haltzman concludes, “Fathers and mothers both matter, particularly if each can parent in a style that reflects their gender role. The evidence suggests that efforts should be made to educate society at large, and parents in particular, that gender differences in parents are real, and, rather than be extinguished or ignored, they should be embraced.”

The value of fathers and mothers is undeniable. A husband and a wife do not only complement each other by virtue of being biologically different but when they procreate, their biological differences extend to benefit their children as well.