You care about children at the border? Then you should care about the rights of all children. 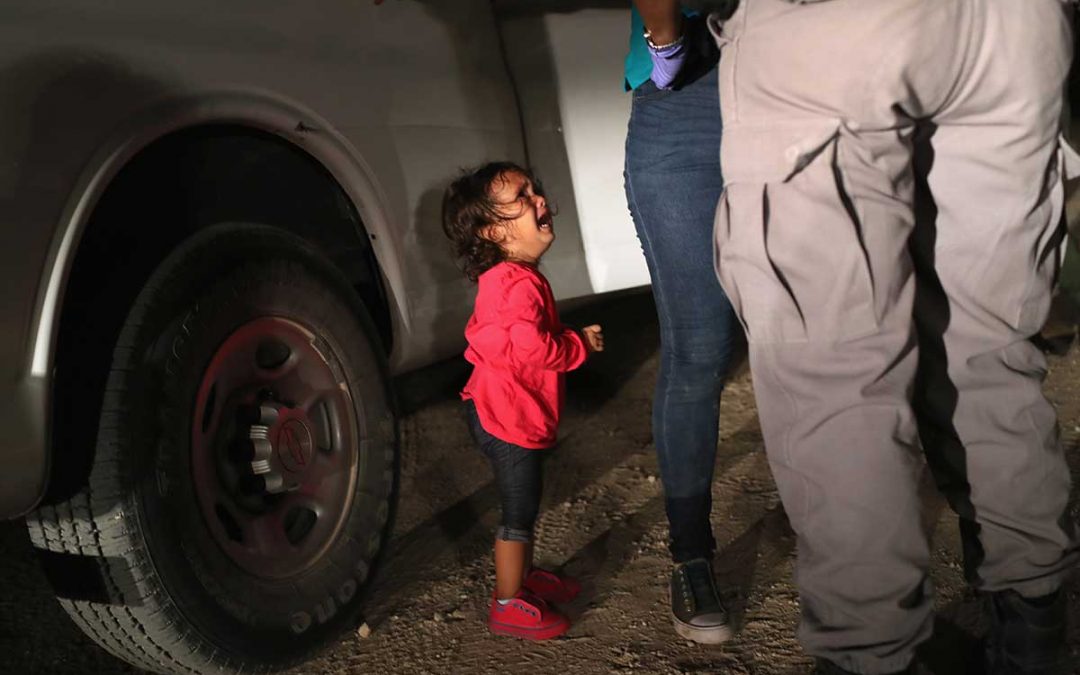 “It’s horrendous: The heartache of a migrant boy taken from his father.”

“It’s inhumane: Hollywood protests separation of children from their parents.”

“Newborn separated from mother while she was breastfeeding.”

“Hundreds of immigrant children have been taken from their parents.”

These are just a few of the gut wrenching headlines that we’ve seen over the last week prior to Trump signing the executive order to end family separations at the border. Everyone at Them Before Us hopes for speedy congressional action which permanently ends this practice.

And yet I find it fascinating that those who have protested the loudest about the border policy, sharing images and audio of suffering children, are my friends on the Left. In particular, those who consider themselves “LGBT allies.”  These are the very same people who cheered and pushed for both gay marriage (which weakens children’s rights) and laws that redefine parenthood excluding gender and biological connection as factors of the parent/child relationship.

Here’s the irony. If we carry these “progressive” marriage and parenting principles to their logical conclusion, these border children have lost nothing. If what we have been told ad nauseam is true, that “all children need is love” then there is no need for all of the histrionics over the border.  In fact, assuming that these children are eventually placed with “loving” adults, the government has done a right proper job caring for these children’s emotional needs.

So why is Rachel Maddow crying on national television?

She is bawling because it’s horrible to separate a child from her parent. It’s heart wrenching to watch these little people suffer- especially with government support.

As one “progressive” critic rightly observed, “separating a baby from their mom is torture. We are witnessing 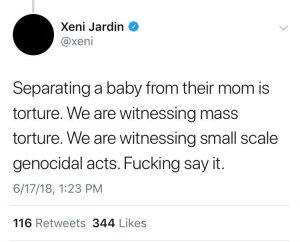 We have been f***ing saying it.

Rachel is a hypocrite. Maybe you are too.

Because, except in cases of abuse and neglect, it’s harmful to separate a child, any child, from their mother or father.

We know this because we have been studying family structure for decades.  We know that children who lose a relationship with one or both biological parents have diminished outcomes. That’s why Them Before Us expects all adults- married or single, mother or father, gay or straight- to sacrifice their own desires so that children’s fundamental rights and needs are protected.

We know this because adopted children tend to fare worse than their peers raised by their biological parents. That’s true despite the fact that adoptive parents tend to be more highly educated, more wealthy, and have more stable marriages.   And unlike “intended parents” of surrogate or donor-conceived children, adoptive parents have undergone background checks, screenings, and home studies prior to child placement.

While there are times when adoption is necessary, it still comes at a significant cost to the child. Adoptees have long referred to a “primal wound” as a result of maternal separation which can hinder attachment, bonding, psychological health, self-esteem, relationships, etc.  Emotionally fragile infants have to process the loss of the only parent that they know- the birth mother- as a kind of death.  Separation from the birth mother causes major “physiologic stressor for the infant.” In addition, even brief maternal deprivation can permanently alter the structure of the infant brain. That’s one of many reasons why Them Before Us opposes surrogacy.

Separation from one’s father isn’t any better. Research shows that father-loss during childhood – whether from death, divorce or incarceration – shortens the length of the telomeres, the end caps of the chromosomes. That means that children experience father-loss at the cellular level.  This can lead to increased health problems in the future, and may literally shorten the child’s life.

This country’s epidemic of single motherhood, no-fault divorce, and the normalization of intentionally mother- and fatherless children through reproductive technologies apparently wasn’t enough to get the American Academy of Pediatrics to condemn parental separation.  But the border crisis seems to have done the trick.  The AAP states that parental separation is “catastrophic” for children.  In their petition to President Trump, they write: “To pretend that separated children do not grow up with the shrapnel of this traumatic experience embedded in their minds is to disregard everything we know about child development, the brain, and trauma…”

We couldn’t agree more.  The stories of children of divorce, those who are donor-conceived, or and those with LGBT parents point to that very truth.

So now that the whole country agrees that parental separation inflicts life-long loss and trauma on children, I trust that our friends on the Left, “LGBT allies”, the AAP and Rachel Maddow will all join our fight against no-fault divorce, donor-conception, surrogacy, and parenthood laws that treat children as commodities.  Otherwise we may be lead to conclude that “progressives” are more concerned with virtue signaling than the well-being of children.