Factory-ordered babies? Not on our watch. 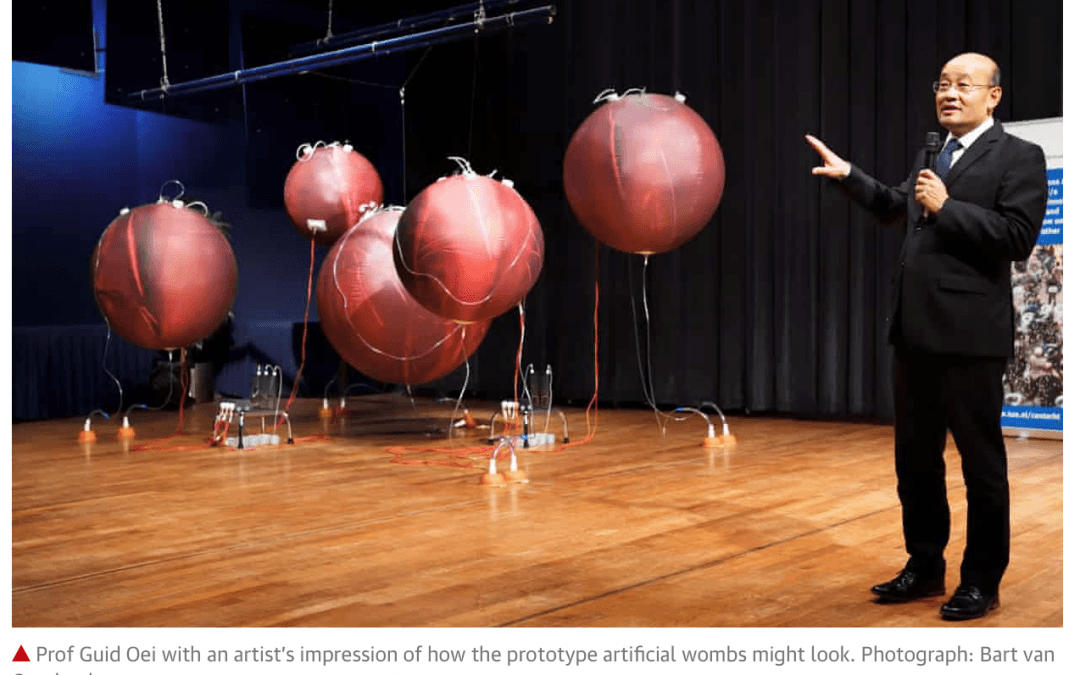 The future of artificial wombs got a bump this week as one Dutch researcher received nearly $3M to develop a prototype aimed at helping babies born premature.

Do I want preemies to have a better shot at life because of this technology? Yes I do.

But let’s be real. The most expensive part of surrogacy is finding a woman who will rent her womb for 9 1/2 months.  That’s one reason why the fertility industry sets up shop in countries with economically desperate women. Once this technology is perfected, we will be able to cut out the most laborious part of pregnancy- the mother. The economical next step is factory floors of babies gestating in artificial wombs.

I have often wondered why God pushed me into this battle right when gay marriage (one of the greatest threats to children’s rights) was about to pass. I think it’s because with “advances” like these, we could be ordering babies through Amazon within my lifetime.

The prospect of factory-ordered babies is beyond science fiction. But the arch of family and children has been headed in this direction for years.

Every new and novel step away from the married mother/father home has increasingly treated children as a commodity- objects that exists for the fulfillment of adults. And if kids are just commodities, there’s no rational objection to making them in factories.

If you reject this Gattaca-style future of designer babies on demand, then you’re one of Us. The only effective means to fight against child commodification is to defend children’s rights.  That’s why last year we:

But because we didn’t have the resources, several threats to children’s rights went unchallenged.

Legislative Impact is one of our 2020 goals.  If we can fund this project by December 31, we aim to challenge every legal threat to children’s rights next year.

Support our work now, so factory floors of custom-ordered babies will remain the stuff of science fiction.

Fighting with you against child commodification,

Founder & Director of Them Before Us