Why ‘Swipe Right to Build-a-Baby’ Is So Wrong 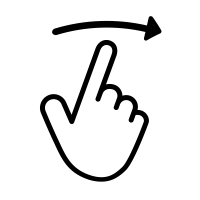 Recently, the hosts of The View discussed a new phone app called Just a Baby which “helps you find a surrogate, partner, co-parent, sperm, or egg donor – or find someone that needs your help to have a baby.” Their reactions ranged from “this makes me crazy” disapproval to “hey, this is just helping de-stigmatize” the process of third-party reproduction.  It’s the “tinder for babies,” one flippantly remarked. I suppose since we’ve commodified our sexual partners, it’s only logical that babies would follow.

Just because conversations about “alternative” methods of pregnancy have become normal enough to appear on a morning talk show, that doesn’t mean that the children created via Just A Baby‘s “conception partners” will feel that their situation is “normal.” If we really look at the process of donor-conception from the perspective of the children, it’s clear that third-party reproduction should neither be de-stigmatized nor mainstreamed.

Children born via these technologies can feel like merchandise. They are more likely to be born into unstable households, households which are always devoid of at least one biological parent.  And when that non-biological parent is a man, the kids are 11 times more likely to be physically and/or sexually abused. Many donor-conceived kids are troubled that their conception involved a business transaction at a brick-and-mortar clinic.  How much more so when their life story begins with “swipe right”?

One woman, in a post titled “Build a Baby Workshop”, brings the cost of donor conception into sharp focus.  The man she thought was her father sexually abused her until her preteens. It was only later that she was told that she had a “donor daddy.”  When she pursued information about her donor, she learned that he had no interest in being found. Here are her reflections on third-party reproduction, what she calls “an incredibly selfish practice on the part of the parents:”

“I don’t speak of my parentage except in a joking sense. I’ve grown accustomed to life without a father and don’t like to admit to the dreaded “daddy issues.” I may be depressed, I may have had a phase where I bought the love of men with promiscuity, I may feel forced out of nature, I may dread having my own children and passing on my mystery genes and insert stereotype here, but I’m not consciously trying to fill a father shaped void… Donor conception carries the intrinsic, unspoken premise that engineering a half-you, half-stranger baby that is “yours” is preferable to raising an existing child, that your forced offspring is more worthy of your love than another child.

“There is coldness surrounding my conception, when I bother to think about it. I was not the latent effect of mutual attraction and passion between two people, as most children are. I was not a mistake or an accident, happy or unhappy. I was carefully planned, my traits were picked out of a catalog, my conception was the result of an oversized turkey baster and prayer. My mother never fails to remind me how much time and money she spent to bring me into the world, as most any mother is wont to do to some degree. She doesn’t know it, but I feel deeply indebted to her, as though I owe it to her to live up to her expectations and vicarious whims because my life is not mine to lead as I please — she purchased it from the Build-A-Baby Workshop.”

This woman condemns the “market” that facilitated her creation- the one where she was commissioned and designed for one parent with the expressed intent of denying her the other. Her voice and the thousands like her should shape our conversations about pregnancy so that there is no “alternative method” other than the one which begins with the same man and woman who intent to raise the child.

The cost of buying and selling children as commodities is steep. The adults involved are writing the checks that children like Stephanie, Jessica and the woman made in the Build-A-Baby workshop are required to cash.