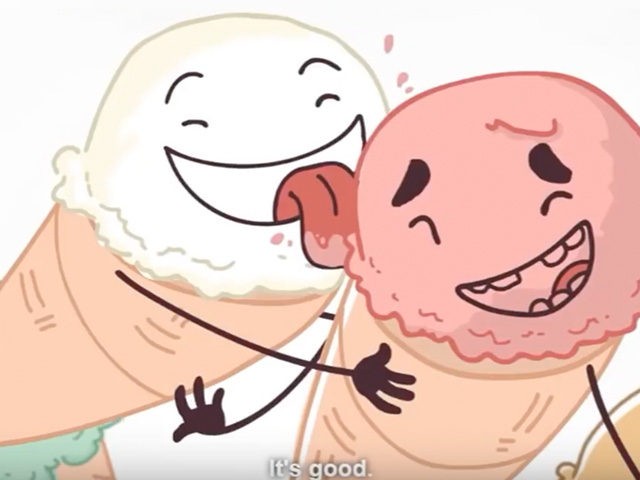 Bill Nye the *honorary* Science Guy has ventured into new, unscientific territory and he has taken innocent old ice cream with him. Here’s his video attempt to simplify the complexities sexual orientation and its expression. If you happen to find the video unwatchable (which is totally understandable) I have disseminated it here for you, in all of it’s unscientific glory.

A (Vanilla) Caucasian, Christian, repressed homosexual man is leading a group of ethnically and orientational-ly diverse group of others (Not vanilla) in conversion therapy:

Vanilla: “I’ve spoken to some of you about the nature of being ice cream”
Chocolate: “Which have no basis in science.”
Vanilla: “It’s the science of feelings. I feel I am the most natural of the ice creams. Therefore the rest of you should go ahead and just be Vanilla.”

The rest of the group, shocked and outraged, proceeds to explain that it’s actually their feelings, not Vanilla’s feelings, that are natural and should be adopted.

In other words; feelings are a legitimate scientific measure for sexual orientation as long as you are not heterosexual.

When Bill Nye spoke at the March for Science he said “science must shape policy”. But many in our culture obviously don’t want science to shape policy when it comes to biological realities. The ice cream video asserts that gender and sex are simply figments of human imagination and preference.  Here Bill Nye clearly stated that is false, back when it wasn’t political suicide to do so. Regardless of where you land on the question of whether sexuality is an inborn and immutable human trait, there is one indisputable scientific fact that should take precedence in this discussion- it takes a man and a woman to make a baby and children have a natural right to a relationship with both of them. 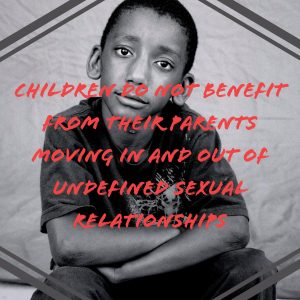 If science was actually shaping policy, we would not ignore the impact that adult sexual decisions have on children and society.

Children do not benefit from their parents moving in and out of undefined sexual relationships. When parents divorce because their feelings (rocky road ice cream) have changed, it can impact children for a lifetime. Children often suffer when one of their parents transition (from vanilla to mint chocolate chip), or choose to raise them in a gay or lesbian (Neapolitan) relationship, or are born via sperm/egg donor or surrogate (pistachio or strawberry).  These children don’t suffer because they lack “enlightenment” or because they are not “forward-thinking.” They are expressing an innate longing to know their mother and father and a deep-seated desire for a healthy secure relationship with both.  A longing that stems from the objective truth that sex makes babies, and those babies benefit from the life-long love and support of both parents.

If Bill Nye was serious about science, he would acknowledge the decades of social science research which affirms that children are most likely to thrive in the home of their married mother and father. But to acknowledge that reality would mean that adults- both heterosexual and homosexual- would have to make decisions about their relationships based on their children’s well-being and not their feelings.  Nye and much of the country have opted instead for prioritizing adult sexual desires above the needs of children by encouraging adults to “just do what feels right” regardless of the impact on children. And we are suffering the national fall-out because of it.

In an intellectually honest world, science would and should shape policy; but in Bill Nye’s world, it’s feelings that shape policy.  How unscientific.