Abortion advocates are rightly outraged by the “domestic supply of infants,” but it’s their crowd buying and selling 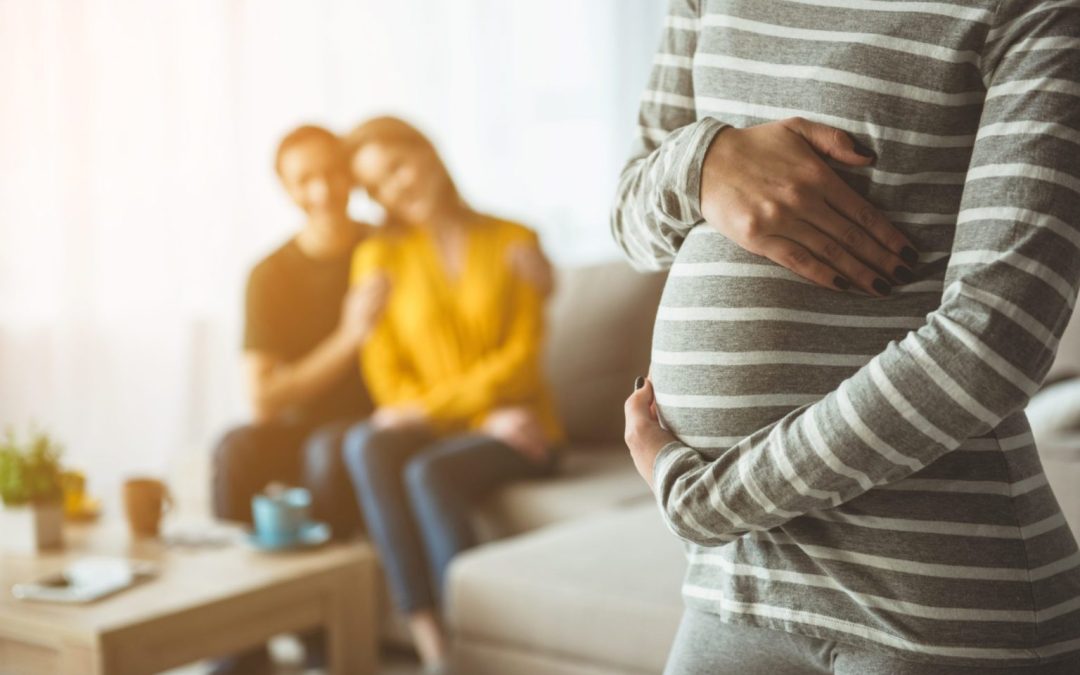 (Originally published in The American Conservative)

The leak of Justice Samuel Alito’s draft SCOTUS opinion has unhinged pro-choice activists. On top of trying to intimidate justices by picketing their homes, activists warn the court has put long-accepted positions on interracial marriage and birth control on the chopping block. Failing to win even majority support in the Senate for their radical abortion position, they resort to personal slander.

One widely circulated tweet read, “When a Supreme Court Justice writes that abortion should be outlawed for the purpose of generating an increased ‘domestic supply of infants’ to meet needs of parents seeking infants to adopt, we aren’t exaggerating by stating that they want you to be brood mares for the state.” Another activist wrote, “When Amy Coney Barrett expressed her dark desires for domestic supply infants, she was talking about mass child trafficking.” And a third abortion advocate said on Twitter that, “When Supreme Court Justices Alito & Barrett use language like ‘domestic supply of infants’ for adoption, it’s a red flag that they are getting paid off or rewarded by players in the multibillion dollar US adoption industry.”

Contrary to what these viral tweets suggest, however, the phrase “domestic supply of infants” does not come from Alito, Coney Barrett, or any other justice. It comes from the Centers for Disease Control and Prevention in a 2008 report on adoption, cited in a mere footnote on page 33 of the draft opinion. No Republican-appointed justice sees women as “brood mares,” supports “mass child trafficking,” or is participating in a “multibillion dollar US adoption industry.”

But guess what? Abortion proponents are right about a booming buying-and-selling children business going on in America. But it’s not happening in adoption, and it’s not being pushed by Republicans.

Domestic infants really are in high demand and wealthy adults are willing to pay a premium to get them. But it’s not adoption, which criminalizes payments to birth parents, that is the ever-expanding industry eager to meet this demand. The multi-billion dollar industry is Big Fertility, where paying a child’s genetic mother and genetic father, and renting the womb of a child’s birth mother, is all built into the business model. Even as abortion backers decry the “domestic supply of infants” reference, there is a nationwide unregulated baby-buying industry operating under the guise of “reproductive medicine.”

Check the corporate websites where you can browse “donors” (note: no one is “donating” anything; everyone is either buying or selling). Wealthy commissioning parents can shop for a child’s genetic mother by height, race, and education level via online catalogs (note: white mothers cost more), and filter a child’s father by blood type and “units available.” Buying access to a woman’s womb is the most expensive part of the build-a-baby industry. That is why many rich Westerners choose economically vulnerable women overseas as surrogates, bargain basement prices. Sounds very “brood mare” to me.

Contrast adoption best practice with Big Fertility’s commercial process of intentional parental alienation. Whereas foster care has moved toward family reunification and adoption agencies have embraced open adoption, third-party reproduction separates biological parent and child by design and many commissioning parents favor “anonymous” gamete purchases. In both households, the child has experienced loss. But in adoption, parents are seeking to mend a child’s loss. Children created via third-party reproduction are being raised by the adults who inflicted that loss. The only study contrasting outcomes between adoptees and children created via sperm donation found adoptees fared better. Adoption is an institution centered around the best interest of the child: Not every adult who wants a baby will get one. Big Fertility is a marketplace centered around the pocketbooks of adults: Every adult who has the money will get a baby, regardless of the cost to the child(ren). Surrogacy operations are easily confused with child trafficking rings, as the process can be indistinguishable.

Not surprisingly, it is the party of abortion that promotes policies that treat children as designer products. Abortion and third-party reproduction are two sides of the same child-commodifying coin. Both determine a child’s rights based on whether the child is wanted. Abortion advocates say, “If children are unwanted, you can force them out of existence even if it violates their right to life.” Advocates of third-party reproduction say, “If children are very wanted, you can force them into existence even if it violates their right to their mother and father.”

It is Democrats who have insisted on gender-neutral terminology in parenthood laws so fertility companies can supply children to any combination of paying, contracting adults. It’s Democrats who re-write legal parenthood so unrelated adults can skip the adoption process and acquire parental rights with the stroke of a pen. It’s Democrats who support mandates that require insurance companies, and all their customers, to pay for Big Fertility’s services—services that create motherless and fatherless children for singles and same-sex couples, often under the guise of “social infertility.” It is Democrats who promote commercial surrogacy in tandem with family redefinition, stating that to do otherwise would be unconstitutional.

The pro-abortion crowd is correct, there is a multi-billion dollar U.S. industry that treats women like brood mares and violates the anti-trafficking safeguards built into the adoption process. But, per usual, the Iron Law of Woke Projection is at play here. The pro-choice crowd is rightly outraged by those seeking to increase the “domestic supply of infants.” But they can’t stomach the reality that it’s their own people doing the buying and selling.