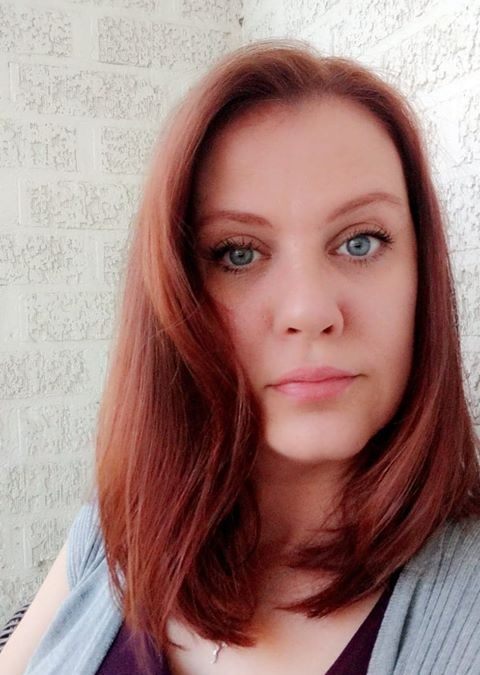 My parents were young when they married. They were both 17. My mother was still in high school and pregnant. She graduated but my dad didn’t. He worked in the oilfield in Oklahoma and made great money when times were good. I was their only child. I’m 41 years old now but I still remember every detail of my parent’s divorce. I remember my mother telling me that they were getting a divorce, but my dad would always be my dad, nothing was changing. They just wouldn’t live in the same house anymore. I think she believed that at the time even though nothing could have been further from the truth. I was crushed.

I can say with 100% certainty that my life would have been so much easier had my parents just stuck it out. They could have! They just didn’t want to. My dad just wanted to party too much, work half the time, my mom was just sick of it.My mom has been married 4 times and my dad 3 times. I’ll spare you MOST of the details of their failed relationships and how they affected me.

One of my mother’s husbands moved us across the state (four hour drive away), which back then was a big deal. We lived in an isolated rural area, where I had no family around at all. My mother had twins with this man and was dependent on him, so she thought. He was physically abusive to both of us but mostly me. My dad had always taught me to have a strong spirit and stand up for myself, and I did. I paid  for it though, always. Her husband was against me going to live with my dad, so my mother was too, not having the spirit that I did. She was too fearful and always going along to get along. I put up with the physical abuse silently. The slaps in the face, the hair pulling, the screaming. He held me down once and his hand went up my shirt. I just knew I’d be raped. I was only 13 and still very much a little girl. I was terrified to feel his erection against my clothed rear, even though I didn’t even fully know what it was at the time. He didn’t rape me, he let me go. I didn’t come home from school the next day. I told my counselor at school, and ended up in foster care for an entire summer until I was placed with my dad.

My stepdad never served any real jail time and was never even placed on a sex offender list. He was offered one heck of a plea bargain, and he took it. Three years later he raped an adult woman at knife point with her toddler in the back seat, then a few weeks later, three 14 year old girls in the same fashion. He is serving over 200 years in the Oklahoma state penitentiary. He will die there.

I blamed my mother then and I do now. We have a good relationship but I have to silence my emotions sometimes around her. She left that house and went back to live with her sister a few hundred miles away with the twin girls. I was alone in that town and in that foster home.

After I was placed in foster care with strangers, far away from any family, I slept most of the time. I was in a deep dark depression. I would wake up in the morning around 10-11 am, eat a light lunch, stay up a few hours, and around two or three in the afternoon I would take a nap for 2-3 hours. I would get up, eat some supper, and go back to bed around 9 or 10 pm. I was physically and emotionally exhausted, no matter how much sleep I got.

Dad’s was better, but not much. I felt safe, but his new wife was young and jealous and the relationship was off and on. I became a troublemaker. I fought at school often, was extremely disrespectful to my teachers, I snuck out at night and partied a lot. Three years later, my dad ended up sending me to live with my mom who was living in a very small town. He thought the tiny town and school would be better for me and it was. That tiny little town saved me. My dad ended up divorcing that lady and marrying another one that was bipolar, possessive, and violent. She isolated him from all his family including me for almost ten years. This caused me a lot of anxiety and a nervous breakdown that ended up with me being prescribed antidepressants which helped only somewhat. He is single now, and we have a great relationship.

Your parents being divorced affects you well into adulthood. It even affects your own children. Where to spend holidays, vacation, buy a house, work, live… All these things are important and matter to your parents. It’s always a tug of war. Even though they don’t express disappointment, I can see it in their eyes and it hurts. There’s always feelings of guilt no matter what I decide, when, where, why, and how much… I’m my dad’s only child. One of my mom’s twin girls is severely intellectually disabled and the other has physical health issues. I am the only person who is financially, physically, and emotionally able to care for my parents when they get to the age they can no longer care for themselves. How do I accomplish that? Put them in separate rooms? I refuse to consider long term care facilities. I guess I’ll burn that bridge when I get to it.

My childhood absolutely made it more difficult for me to form healthy romantic relationships on my own. It made me very emotional. I was very loving and passionate, but I could also be very very cruel. I chose the wrong man once. I’m married now for ten years to the most amazing man that all four of my children love so much. He isn’t perfect, but very close. I really had to go through therapy to realize my behavior was part of all of this.

I was exposed to so much violence, emotional stress, and abuse… I didn’t really come out of the fog and fully understand how much it affected me until my late 30s. I had to get help for my anger and therapy helped so much. I get it now, truly. I was always a ticking time bomb. I have a reputation that I’ve unfortunately earned. People are careful about what they say to me and my children. I’ve gotten better over the years. I’m not explosive like I used to be. I don’t scare people now.

So often I’ve wondered what I would have been like had my parents stayed together. Cheerleader, perhaps? Probably. The bottom line is, it changed my soul. Do you understand that? It changed the core of my being. My authentic self was lost, not nurtured, forgotten about, and by the time I was 14, she was dead and buried. I wouldn’t know my authentic self if she kissed me on the mouth. Divorce is the most selfish thing a parent could ever consider.