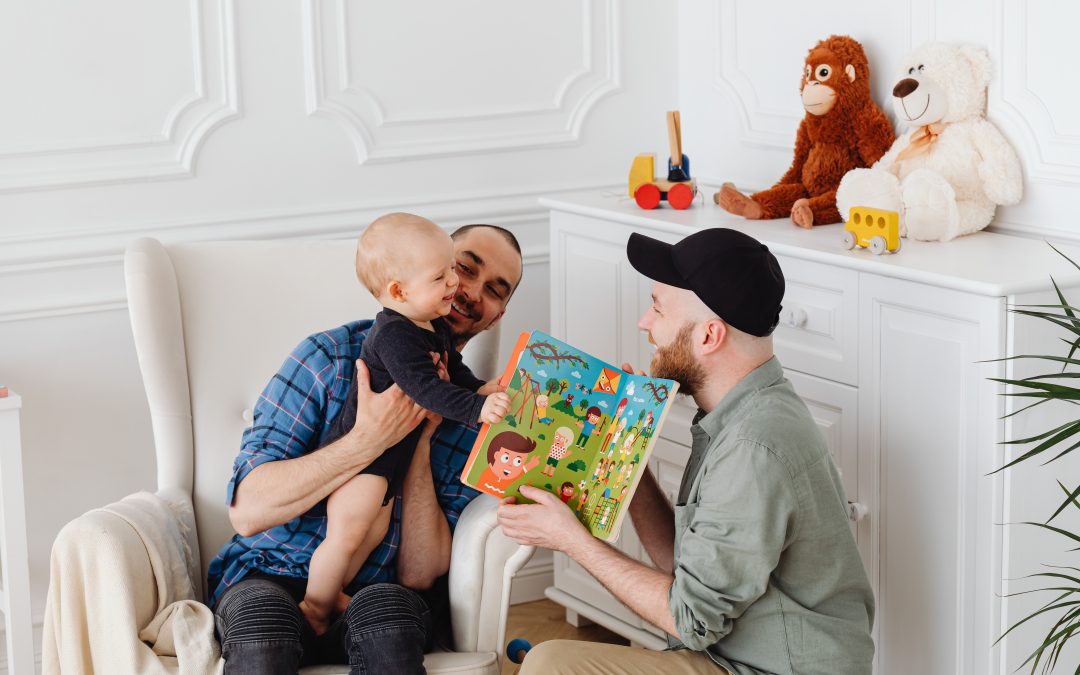 There have been several studies done in an attempt to show “no difference” in child outcomes between same-sex and opposite-sex parenting. Studies commonly cited in support of same-sex parenting are Reczek’s, “Family Structure and Child Health; Does the Sex Composition of Parents Matter?,” and Wainright, Russell, and Patterson’s study on adolescents with same-sex parents. Dr. Donald Paul Sullins, sociologist and researcher, found flaws in the data presented by the research of both Reczek and Wainright, Russell, and Patterson.

However, as Dr. Sullins discovered in his 2017 study, Reczek made two disabling errors, and a third that obscured the evidence. The first error was that 42% of the alleged “same-sex married” partners in their sample were actually misclassified opposite-sex married partners. This classification error had been reported by the NCHS (National Center for Health Statistics, the CDC agency that produces the NHIS) but was ignored by the authors of this study. After Sullins corrected this error, he found that child emotional difficulties odds ratios comparing cohabiting with married SS parents went from 3.0 to 2.9. In other words, married SS parents made no difference.

The third error was that the authors categorized the measure of emotional difficulties in a way that understated and obscured the important differences between groups, rejecting the standard way the CDC had developed and validated for the use of this measure (without acknowledging that they had done so). Dr. Sullins restored the standard CDC usage of the measure, and found that child emotional difficulties odds ratios comparing cohabiting with married SS parents went from 3.7 to 5.6. In other words, the children did worse with married rather than cohabiting SS parents.

Sullins had previously tested in 2014 whether small non-random sample findings from Reczek that children with same-sex parents suffer no disadvantage could be replicated in a large population sample. Using a sample of 207,007 children, including 512 with same-sex parents from the U.S. National Health Interview Survey, he found a significant difference in emotional problems among same-sex and opposite-sex parented children.

The likelihood of struggling with ADHD, learning and intellectual disabilities, and mental health issues are higher among same-sex parented children

Children of same-sex parents experienced “definite” or “severe” emotional problems at a rate of 14.9% versus 5.5%, were diagnosed with Attention-deficit/hyperactivity disorder (ADHD) at a rate of 15.5% versus 7.1%, struggled with learning disabilities at a rate of 14.1% versus 8%, and received special education and mental health services at a rate of 17.8% versus 10.4%.

Sullins replicated the WRP study using the National Longitudinal Survey of Adolescent Health, and found that “…re-examination of the same-sex parent sample finds that 27 of the 44 cases are misidentified heterosexual parents; they did not adjust for survey design and clustering; and ignored 99 percent of the baseline by using a small matched sample for comparison.”

According to Sullins, “…WRP compared boys and girls separately within each family type, despite having already matching the two comparison groups on sex. This analytical choice responds to other interests in their study, but it also reduces each of the already-small family type groups by about half. Second, and more seriously, instead of comparing the children with same-sex parents with the full remaining sample of approximately 20,000 children, WRP compared them to another group of 44 children matched to the children with same-sex parents on a number of demographic characteristics. A matched comparison like this is an acceptable way to control for differences in age, sex, parent education and income, etc., but in this case, since the groups are so small to begin with, doing so renders it needlessly more difficult to show differences between the groups….Instead of comparing a small group with large standard errors to a large group with correspondingly small standard errors, WRP compared two small groups, both of which have large standard errors. Essentially, WRP ignored 99% of the baseline, nullifying the power of the large Add Health sample.”

During the National Longitudal Survey on Adolescent Health interviews, adolescents were asked to identify their relationship to and the sex of the members in their households. There were 44 cases found which showed the female parent being in a lesbian marriage or marriage-like relationship. The WRP study used this information and added a criteria check that proved that of the 44 cases, there was no male figure reported as residing in the household, and identified 18 cases. WRP then rejected this criterion, as it eliminated adolescents from divorced families who had parents currently involved in same-sex relationships. However, as Sullins states, “The Add Health interview only asked responding adolescents about persons ‘who live in your household.’…If the adolescent reported the presence of a father or father figure in this series of questions, this could not have been a father in another household, as would be the case in a joint custody situation.” Of the 44 cases, half of them reported their biological father living in the home, and another five included step, adoptive, or foster fathers. These 27 families are obviously not lesbian families, but more likely miscoded opposite-sex parents, meaning that there is an issue with inconsistent sex designation. There were 17 cases consistently identified as lesbian households, but WRP improperly identified another 18 cases.

Child depressive symptoms, negative interpersonal symptoms, and rates of anxiety, daily fearfulness, and crying are higher for those with married same-sex parents

Over two thirds of adolescents with same-sex married parents reported that they had been forced to have sex against their will at one point. The responses from those with same-sex married parents were all females reporting being forced, not forcing someone else, to have sex. When asked whether the adolescent had ever been forced to give or receive sexual touch or to have sex by a parent or caregiver, 38% of those with married same-sex parents responded “yes,” as compared to 0-7% of those in the other three categories. This aligns with other data which confirms that children in households with unrelated adults (of which there will always be one in same-sex homes) are at higher risk of neglect and abuse.

Dr. Sullins’ findings are the very reason Them Before Us advocates for marriages that unite the two persons to whom children have a natural right – their mothers and fathers. The natural right to be raised by their biological mothers and fathers grants them safety, identity, and the complementary gender balance which maximizes their psychological and physical development.