Regardless of the congressional vote on gay marriage, children need both a mother and father 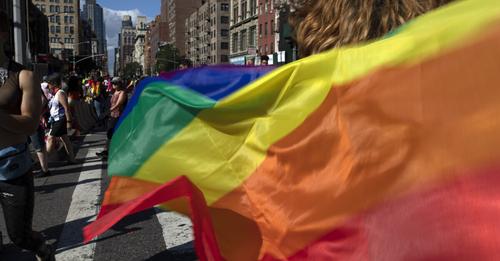 (Originally published in the Washington Examiner)

This week, 47 House Republicans joined the Democratic Party to pass the Respect for Marriage Act, a deceptively named bill that would codify the legalization of gay marriage and make official our cultural abandonment of the traditional marital structure. Designed primarily to overturn the bipartisan 1996 Defense of Marriage Act, it appears that 10 Senate Republicans are also on board with the bill.

The lawmakers who support this measure seem to have forgotten the child-centric reason DOMA was passed in the first place. It said:

When the Supreme Court invalidated much of DOMA in both its United States v. Windsor and Obergefell v. Hodges rulings, it largely ignored the interests and needs of children, instead focusing on the desires of adults. But what an adult wants is simply not as important as what a child needs, and the fact remains that children need both a mother and father — and depriving them of one or the other affects their identity and development.

After co-authoring an amicus brief for Obergefell, I speculated on exactly how gay marriage would infringe on the rights of children:

Redefining marriage redefines parenthood. It moves us well beyond our “live and let live” philosophy into the land where our society promotes a family structure where children will always suffer loss. It will be our policy, stamped and sealed by the most powerful of governmental institutions, that these children will have their right to be known and loved by their mother and/or father stripped from them in every instance. In same-sex-headed households, the desires of the adults trump the rights of the child.

Now that we have seven years of same-sex marriage under our national belt, I can regrettably say, “I told you so.” Not two years after Obergefell, the Supreme Court ruled in Pavan v. Smith that a child’s father can be legally and immediately excluded from the child’s life if the mother is married to another woman. The result is that children aren’t considered to have a right to a mother and father at all. In fact, you’d be hard-pressed to find any federal institution willing to say children should have a mother and father. To do so would be considered discriminatory. So, Obergefell didn’t just rewrite marriage — it rewrote childhood.

The problem is, regardless of what the court may say and regardless of how the House or Senate may vote, biological reality remains unchanged. Children are still the natural product of a sexual relationship between a man and a woman. Children still have a right to the two adults responsible for their existence. Mothers and fathers still offer distinct and complementary benefits to children. A marriage between a man and a woman is still the only relationship that unites a child’s mother and father.

What’s more, children still want their mother and father. My nonprofit Them Before Us catalogs the stories of children who have lost their mother or father to divorce/abandonment, third-party reproduction, or because they have same-sex parents. And what we have learned is that no matter how the culture, technology, or law evolves, children’s longing for maternal and paternal love does not. As one sperm-donor conceived man with two mothers writes:

I feel completely alone in this sadness. I spent my teenage years envious of my friends with fathers, wishing that I’d been born into their family instead. As conceited as I know this sounds, I never felt validated as a straight male growing up. … I felt guilty and wrong for being a boy because there was no one in my family like me.

We will never be able to legislate away a child’s longing for their mother and father, and we shouldn’t try. Those who support the Respect for Marriage Act do so at the expense of the mother-hungry and father-hungry children who will be intentionally denied one of their parents so adults can boast that they were on the right side of history.

For those lawmakers who refuse to bend, they can instead boast that they’re on the right side of children.