I feel like a sick eugenics experiment gone horribly wrong 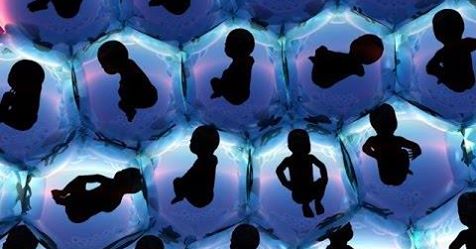 I am writing this very stream of conscious because I am so confused and have no place I feel is a safe outlet.

My mom is very abusive. She would scream at me until I sobbed then scream at me to stop crying. She’d accuse me of “giving her attitude” and then demand I stop defending myself when I tried to explain my side of her accusation. She called me a “fucking idiot,” “moron,” “asshole,” and other names. She would tell me that everyone thinks I’m an awful child and even my godmother– who I am very close with– thought I was ungrateful, rude, and abusive. She cut our maternal family out of our lives. She cut off anyone who she got close with, leaving just me and her alone in a house of abuse.

No one ever believed me. I didn’t even really know what was happening or how to explain it. I just knew I was in a lot of pain and that I hated her so much. In high school, I used to say “the only bully I still have in my life is my mom.”

I hurt myself because of her. I have a very low pain tolerance and a fear of blood, so it was never very drastic. But I fantasized about cutting myself. Since I was single-digits in age, I’d rip my hair out and pound my fists into my head and pound my head into walls. I’d destroy things when I got overwhelmed by pain and anger. I one time took her phone and slammed it on the ground. I’d destroy my own stuff then sob afterward because, duh, it was my own stuff. I broke the computer mouse. I broke her glasses. I threw pens and other small things under desks and into closets since I knew it would annoy her, but she wouldn’t be able to pin it on me.

I lived in constant fear of what she would do or say. I never knew if I was getting loving and fun mom or terrifying and angry mom.

She has threatened to abandon me more times than she has ever apologized to me. When I was 13, we visited Washington DC. At one point she felt I was “giving her attitude” (which in reality was me just being tired and quiet in 100-degree heat) and told me I was a fucking asshole and to find my own fucking way home. And then she walked away and disappeared into a large crowd. I scrambled up some steps of a nearby museum, crying and panicked, desperately trying to locate her. Then she comes marching up the steps, grabs me by the neck, her unclipped nails dig into and tear my skin, and she cusses at me while dragging me away.

There’s a lot more that happened. I can barely remember anything from ages 3-18, it’s all so distant. Like trying to recall an episode of a TV show you watched once. My memories feel like someone else’s and their life sucked.

I don’t understand why my mom had me. I keep being told the shtick about “oh well she LOVED you and she WANTED you and you need to be GRATEFUL TO BE ALIVE because she DID HER BEST and you need to FORGIVE HER and MOVE ON.”

I think my mom cloned herself. She was 45, single, alone, narcissistic, unstable, unhealthy, repressing her own childhood trauma, didn’t like kids (I have never once seen her interact with a child who wasn’t me), and wanted to be loved without having to really give love.

So she waited until the last second of her biological clock to create her offspring. She found a way she could pay to Build-a-Human that would be required to love her. She picked out a donor who looked JUST like her and had the EXACT SAME ancestry as her. I’ve seen his donor profile sheet. His answers to the donor questions are the most depressingly uninspired writings for someone trying to be a Jewish Genghis Khan. Under his “interests” section, he put “not artistic, not athletic.” That is abysmal. My mom obviously did not care about his personality, she just needed to cook up a baby that was the exact spitting image of her and no one else. She doesn’t like sharing.

I will give her credit where credit is due- she did tell me I was donor conceived from a young age. As a single mother, though, she didn’t really have any options. I don’t even fully remember what she told me. But I do know that she would manipulate me into agreeing that I was fine and that I didn’t wish I had a dad and then I shouldn’t be bothered by being donor conceived or have any questions. She let her insecurities dictate what feelings I had the right to explore.

But I’ve worked with young kids. You can manipulate their beliefs so easily, even when they know they believe something else. And the funny thing is, they’re not kids forever. They grow up. They ask more questions. They change their mind. But when you repress their thoughts from such an early age, you stifle their development. You gaslight them into modes of thinking that their inner-self doesn’t agree with and then they have no idea what to believe. I don’t understand what’s happened to me or why. I don’t know what I really believe, think, or feel…

Read More at Anonymous Us