When we say GLOBAL movement, that’s exactly what we mean. 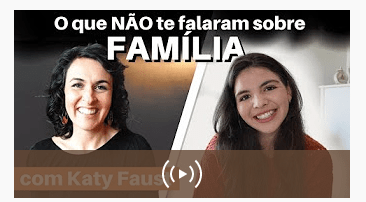 There’s a lot of children’s rights happenings stateside these days. A chat with Allie Beth Stuckey, massive expansion of our Facebook page after a child-centric examination of what Pete Buttigieg’s twins lost, our collaborative video series with the Colson Center, our new Them Before Us book climbing to #6,000 on Amazon’s best seller list, and interview after interview.

But there’s major news on the international front as well.  Because there is nothing else on the planet like Them Before Us, allied organizations, podcasters and publishers are broadcasting and translating our work in their home countries.  Here’s a sample of what’s happening with Them Before Us global: 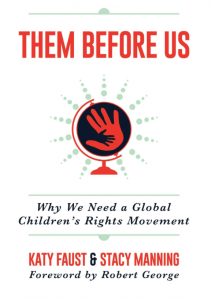 Website translation: An amazing volunteer is translating much of our website into Polish. It’s still under construction, but here’s a sneak peek!

Book translation: Contracts have been signed and translation is underway for our book to be published in Korea!!  We are also in conversation with distributors in Germany and Brazil for editions in German and Portuguese.  A substantial portion of the book has also been translated into Spanish, so if you know of a distributor who is interested in purchasing the book rights for sale in Latin and South America, let us know!

Philippines Interview: The Philippines is one of the last remaining countries without legal divorce.  There’s a proposal in-country to move toward a no-fault divorce model. Them Before Us founder Katy Faust joins the Jay Aruga Show, “the first Conservative podcast in the country,” to discuss the harms of no-fault divorce and why the Philippines should not follow in the West’s footsteps.

Korean Articles: After a popular actress shared her story of becoming a single mother-by-choice, the normalization of sperm-donation swept Korean pop-culture. We penned a three-part series on why sperm-donation specifically, and modern families in general, always cost children their fundamental rights. Our articles can be viewed here: Part One, Part Two, Part Three. How have they been received? Our Korean contact writes: “I am forwarding your articles whenever asked the reason why we should not pursue the donor-conception idea and it works a lot.”

Swiss Interview: In the next few weeks, Switzerland will be voting to both redefine marriage and loosen restrictions on sperm donation. Katy speaks to a Swiss pro-family advocate on what’s at stake.

Webinar with Strong Support: Katy speaks to a UK-based organization which ministers to Muslims across the globe with same-sex attraction and gender dysphoria. Watch the webinar here. 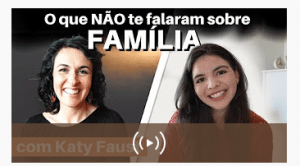 Brazilian Interview: The redefinition of the family is being pushed hard in Brazil. With the help of a translator, Katy talks to YouTuber Rebeca Salazar about all things children’s rights.

Czech Republic, LIVE: Them Before Us lands in Prague in two weeks! Covid-restrictions permitting, Katy will be in country all week meeting with Members of Parliament, church leaders and laypeople.  Pro-family forces have recently, narrowly, defeated efforts to redefine the family. The Czech team has timed this children’s rights visit to coincide with a national election. We’re so grateful to have the opportunity to speak to their public and policy-makers!

Lithuania Win: And of course, don’t forget our victory in Lithuania earlier this year! Because we were able to get the children’s rights perspective in front of policy-makers early, we changed hearts, minds and laws.

NONE of this international work would be possible without your faithful support. Thank you for having the courage to put Them before Us no matter what country threatens the rights of children.