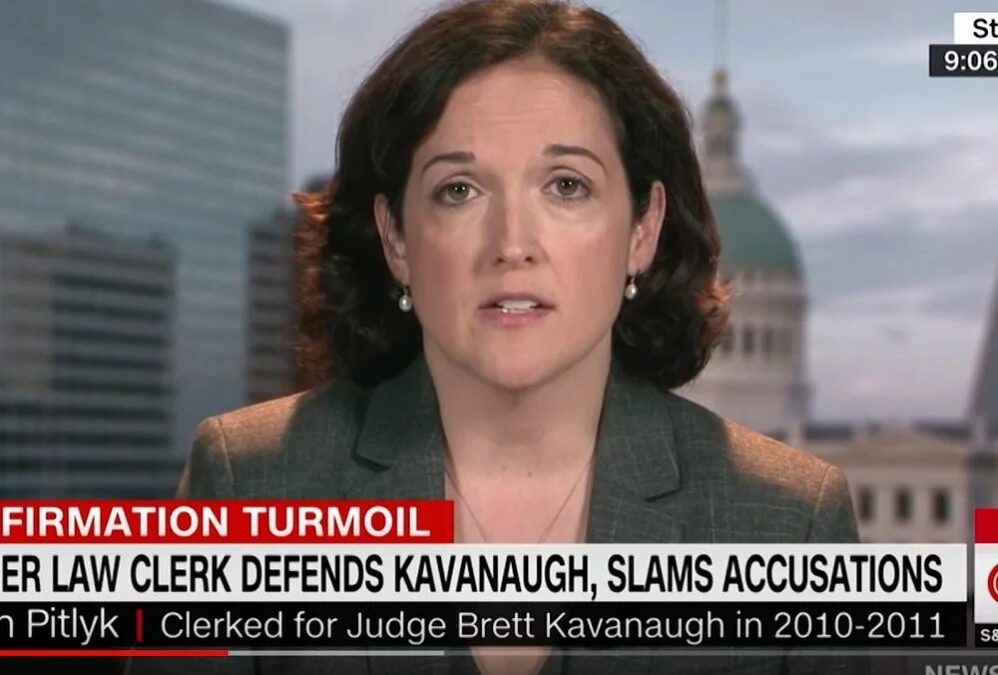 The liberal media collective has lost their minds over the confirmation of President Trump appointee Sarah Pitlyk to a seat in a federal court. What is the outrage du jour? That the Honorable Judge Pitlyk recognizes the negative effects of invitro fertilization and surrogacy on women and children.

The Hill, Daily Beast, Bustle, Common Dreams, and of course Jezebel are sobbing in their beers over Pitlyk’s confirmation. The HuffPo headlined with a claim Pitlyk is “opposed to fertility treatments.” Mother Jones laments that Pitlyk has “fought against abortion, fertility treatments, and surrogacy.”

While there exists a sliver of truth in those headlines, what Pitlyk actually said was that IVF and surrogacy “leads to diminished respect for motherhood and the unique mother-child bond, the exploitation of women, the commodification of gestation and of children themselves.”

As the founder and director of a nonprofit organization devoted to defending children’s rights, I can assure you that Pitlyk is spot on in her assessment. Perusing the numerous entries in our story bank of children conceived through sperm donation, and egg donation and surrogacy, will bring into focus the devastation to which Pitlyt refers.

First, let’s be precise. Nobody is against “treating infertility.” Infertility is a crushing burden, “a monthly heartbreak,” as one close friend described it. We all support investigating and resolving underlying issues that make pregnancy difficult.

But that’s not what Pitlyk is referencing. She’s addressing the harm involved when babies are manufactured in laboratories. As I explained recently, “in vitro fertilization (IVF) is not a child-friendly process. It routinely involves eugenics transferring embryos with certain traits, use of ‘donor’ egg and sperm, sex-selection, the womb of a third party, and creating ‘surplus embryos’ which often spend years in frozen storage after the successful implantation of their genetic siblings.”

Let’s look at Pitlyk’s first claim, that IVF and, especially surrogacy, “leads to diminished respect for motherhood and the unique mother child bond.” This is unreservedly true.

In recent years, large organizations devoted to manufacturing motherless children via surrogacy have sprung up. Perhaps you’re aware of the Men Having Babies conference? It’s a well-heeled organization whose sole purpose is to match men with eggs and wombs, resulting in children who will be raised without the maternal presence on which biology insists.

In an open-forum exchange online, one chilling response to my question of, “Other than harvesting eggs from their bodies and needing them to incubate children, do women/mothers offer anything distinct and necessary for children?” one father with surrogate-born children responded, “women can breastfeed, which is better but not necessary.” There’s Exhibit A for the “diminishing respect for motherhood” to which Judge Pitlyk referred.

Another such father, celebrity Andy Cohen, is “enraged” over Pitlyk’s confirmation, despite the fact that Cohen’s path to parenthood validates Pitlyk’s concerns. Cohen’s surrogate-born son had to lose two mothers—his genetic mother and his birth mother—for Cohen to achieve fatherhood. There’s Exhibit B in support of Pitlyk’s claim that these technologies are “diminishing respect for motherhood.”

Even in the “best case” surrogacy scenario, where children will be raised by both biological parents, that child’s birthday comes complete with the loss of the only parent she knows: her birth mother. Adoptees have long referred to that loss as their “primal wound.” Losing one’s mother through hardship is a tragedy. Intentionally separating a child from her mother is an injustice.

How about the “exploitation of women” claim? An examination of India, Cambodia, Thailand, Nepal, and other countries that welcomed the surrogacy industry then abruptly shut it down makes Pitlyk’s case for her. These nations were quickly made aware of what surrogacy really is: poor, brown women being exploited by rich, white westerners. Even stateside, surrogacy routinely exploits economically vulnerable women.

How about Pitlyk’s assertion that IVF commodifies the children? Also entirely correct. The largest study on outcomes for donor-conceived children, “My Daddy’s Name is Donor,” found that nearly half of donor offspring are troubled that money changed hands during their conception. Here’s a few quotes from donor- and surrogate-born children reflecting on how the circumstances of their conception made them feel like a product:

“I am told, look how much your parents wanted you, they planned and saved to have you… When you know that a huge part of the reason that you came into the world is due solely to a paycheck, and that after being paid you are disposable, given away and never thought of again, it impacts how you view yourself,” says Jessica Kern, a child of surrogacy.

“I don’t care why my parents or my mother did this. It looks to me like I was bought and sold. You can dress it up with as many pretty words as you want… But the fact is that someone has contracted you to make a child, give up your parental rights and hand over your flesh and blood child. When you exchange something for money it is called a commodity. Babies are not commodities. Babies are human beings,” says Brian C, a child of surrogacy.

“[B]eing ‘wanted’ can sometimes feel like a curse, like I was created to make you happy, my rights be damned. I’d be lying if I said I never felt commodified,” says Bethany. “I have to live everyday with the full knowledge that I’m the product of a eugenic science experiment,” writes Nicholas Isel.”

“I knew from an early age that I was purchased and selected from essentially a catalog. I knew that my blonde hair and blue eyes was somehow valued above other colorations—because my mother never fell in love with my father, he was never a full human being to her only a handful of breeding details. I always knew that I was purchased and created precisely to make her happy, that was my raison d’etre,” says donor-conceived child Alana Newman.

IVF and surrogacy can be difficult subjects for those of us who are pro-family, because we love babies. But IVF and surrogacy are not about babies. They’re about designer, on-demand babies shipped worldwide.

If we are serious about our pro-family convictions, we must be crystal clear on the effects these technologies wage on women and children. It’s about time we had someone with such a clear vision on these important issues sitting bench-side. Congratulations, Judge Pitlyk.