Nicholas Isel – Maybe if the sperm bank had sent [my dad] a “good son,” he would still be alive 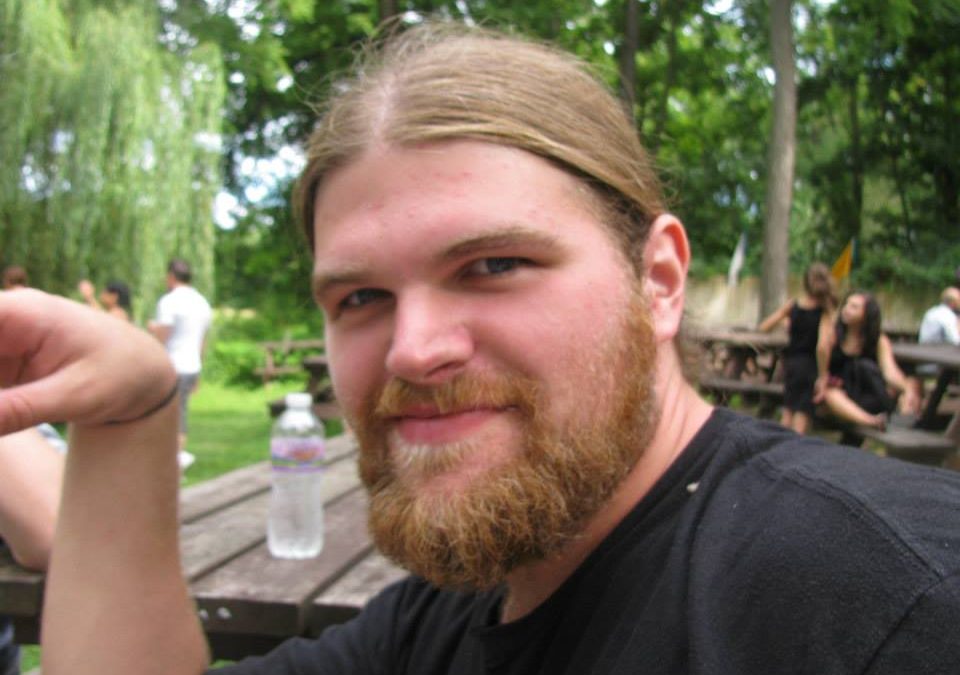 My “anti-social” father passed away last year.  I only ever knew him as “Dad” throughout my childhood and wasn’t told by my mom that we weren’t biologically related until I reached the age of 15.  The first emotion I remember experiencing was a deep sense of relief.

My dad was a Vietnam vet with PTSD issues, alcoholism, and an abrasive bi-polar personality with a “powder-keg” temper when upset.  My personality as a child wasn’t fully formed, but I couldn’t have been more different in temperament.  The entire family lived in constant fear of his tantrums; furniture would be broken, objects would be thrown and if I got too close I would be caught up in it and injured in some way as well.  I walked on “egg shells” to avoid upsetting him, but it didn’t help because if it wasn’t me setting him off it would be my mother or younger sister.  If he got into an argument with my mom, I would usually try to step in and his ire would shift to me; he was emotionally and physically abusive to everyone around him, but I was his favorite target.  We never got along very well and sadly I have very few fond memories of him.

I couldn’t really even begin to empathize with what he must have been going through until much later on in life and it’s still no excuse for the way he treated us.  It must have been emasculating for him though when my mom said she wanted to have kids and he already knew that he couldn’t provide them for her, even worse instead of just going to the nearest sperm bank my mom shopped around and decided to go with the “Repository for Germinal Choice” Aka “The Nobel Prize Sperm Bank” Aka “The Genius Factory”.  Then as his son begins to grow up he’s doing things faster and better than he ever could; the feelings of “inferiority” he experienced must have been compounded when he watched me effortlessly succeed in school as he struggled to even stay employed.  That must have really ground him into the ground as his angry emotional outbursts lost him job after job while my mom was finishing college whilst simultaneously climbing the corporate ladder and being the major breadwinner for the family.

He grew from angry to distant as the years went by.  He would drink and watch TV, or smoke cigarettes and hang out on the front porch when he wasn’t working.  He managed to find a job he could keep after a while, one well suited to his anti-social lifestyle, driving a semi-truck across the country and being gone for weeks on end to come home for a few days and leave again.  Over the course of the few days he was home between trips he would hang out by himself, stay up all night watching TV and getting really drunk since he couldn’t really do either as much as he liked over the road.  Other families want to spend time together; we always tried to avoid him because we never knew what kind of mood he would be in when he was around.  He seemed content to be left alone too.  He would get cranky if we tried to include him in family activities and eventually we stopped trying.

After living in a loveless marriage for over twenty years my mom stopped trying altogether and finally filed for divorce.  I was happy for her and I was such a naïve optimist at the time I even thought it might be good for him too.  It wasn’t; he never dated or remarried anyone else afterwards.  I tried not to care anymore though about his marital problems by then, I was preoccupied with supporting my own family and searching for and learning more about my biological father.  By the time he was ready to try to start having some sort of relationship with me it was too late and when his old habits of abuse resurfaced I had the courage and ability as an adult that I didn’t have as a child to escape the situation.  When I saw him starting to treat my son the same way he treated me when I was his age, I felt no remorse about cutting him out of my life entirely.

My mother and sister handled cleaning out his apartment and setting up the funeral.  They noticed he didn’t have much in the way of furniture, found empty whiskey bottles all over the place, and pictures of everyone from the family still in his wallet.  That really perplexed me and at the funeral when all his drinking buddies and old friends from high school told me how much he told them he loved and cared about his family it confused me even further.  If he cared about us so much then why did he treat us the way he did?

Why didn’t he try harder as a father?

The sad truth is that he did the best he could and it wasn’t ever good enough, it takes an enormous amount of willpower to commit to raising a child and do the job right day in and day out.  He never really wanted kids in the first place, he wanted to be with my mom and she bullied him into it.  He lost her anyway after he couldn’t be the father or husband that she needed him to be; I think he just assumed that whether she was happy in the marriage or not she would always stick around and he took her and the rest of the family for granted.  He liked to ignore his violent outbursts and try to pretend they never happened; she always wanted an apology and effort to change.  Their relationship was doomed from the start because he couldn’t come to terms with the psychological stresses that stem from raising someone else’s child and she couldn’t compromise on her personal life goal of having children of her own.  He seemed to think that since he did compromise on his goals that it should earn him “carte blanch” to do as he pleased.

We were forced into a relationship that was a fallacy from the start and that’s probably a big part of why it didn’t feel real to either one of us.  I like to imagine that he would have been a better father to me and I would have been a better son to him if we had actually been biologically related.  I have to recognize the possibility that my failed bond with him rests entirely on my shoulders though; I feel a distinct sense of guilt for the way things began, grew and ended between us. I didn’t even realize the true nature of our relationship until I was a teenager and I can’t help but think that a “good son” would have known sooner.  Someone who was more empathetic and willing to make the effort to smooth out the rough edges on a flawed but not lost character would have been the son for him.  Maybe if the sperm bank had sent him a “good son” he would still be alive.  Alone at night with my thoughts and personal accountabilities I have to wonder if ultimately I killed him by excluding him from my life.  Can a person die purely because of loneliness?  Surrounded by his whiskey bottles and empty packs of cigarettes with only dated pictures of “family” he never sees and the people on the TV to keep him company.  Falling asleep for the last time and passing from one solitude to the next.

I felt responsible for the lack of connection as a child as much as I do now; that’s about the only thing that I know for sure we actually had in common.  He would bully me and I would act out and aggravate him in return or vice-versa.  We didn’t get along and yet always got forced to spend time together because my mom hoped to change that.  Eventually at least we learned how to sit in a car and enjoy the radio without too much drama, but I know we could have both been so much better off if we could have stopped arguing and just enjoyed each other’s company.  The best times we ever really had were strained silences.

The past hasn’t always been kind to me, the present is uncertain, and I fear for the future.  I have to live everyday with the full knowledge that I’m the product of a eugenic science experiment; can you imagine what it’s like to feel like your life doesn’t really belong to you and that you are simply swept up in the winds of chaos and destiny?  That the purpose of your existence is for something so much greater than yourself that it might swallow your identity whole?  The practice of “donor conception” left me with this tangible feeling of the ground constantly shifting under my feet, a never ending stream of trust issues and a lost kinship with the first male role model in my young adult life.  I still worry that missed opportunity will negatively influence my parenting of my own son and that my marriage will go down the same ruinous path as his while I accomplish great things I care nothing about.