Them Before Us- Korean Edition!

Them Before Us is sparking a global movement.  But it’s not because we are marketing our mission overseas. It’s often because people across the globe who care about children and family, find Us and then take action. That is Sunhee’s story, who almost single-handedly made our book available in Korean. She shares,

Sunhee and her husband

Watching your webinar with John Stonestreet at the Colson Center, which introduced your book, was the beginning of this story. At that time, a Korean TV show series starring a celebrity who gave birth to her son using donated sperm was gaining traction and my co-workers were speaking very well of the celebrity woman’s lifestyle. At the same time, my Christian friends were disturbed about the situation but they did not know how to oppose such progressive attitudes especially without appealing to religion. To make matters worse, the Korean government was proposing numerous bills to promote various modern families, claiming that such modern families are global norms.

All this was happening while I was developing my three-year mission plan as a part of the Colson Fellows program. I learned that the kind of work God usually calls you to is work (a) that you need most to do and (b) that the world most needs to have done.  The place God calls you to is where your deep gladness and the world’s deep hunger meet.

My original plan for the 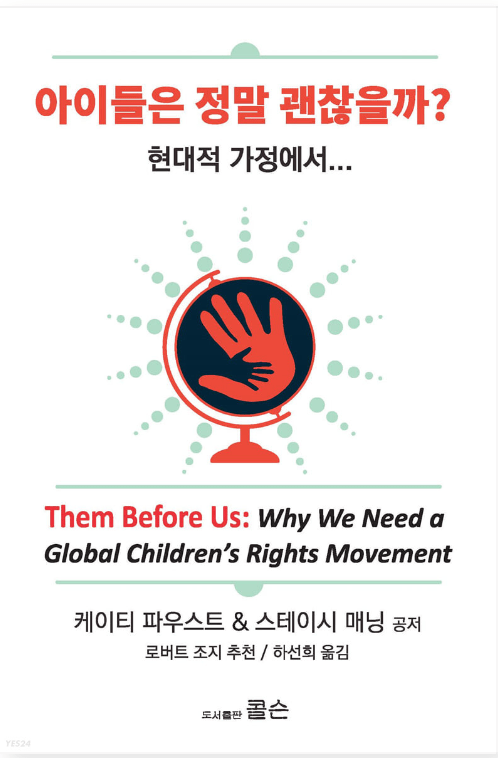 three-year mission was to localize the Colson Fellows program by translating the course materials to make this program more accessible to Koreans. To this end, I was collecting information on the status of each book’s publishing rights. However, after watching your webinar and then listening to your audio book, I realized your book should be translated first of all because we needed to deliver the children’s stories to legislators prior to any revision to the current Korean family law.

My husband, a criminal law professor, has been for many years involved in a grassroots movement consisting of professors, lawyers, pastors, journalists and activists, which cooperate to oppose legalization of “anti-discrimination” law which serve to pave the way for same-sex marriage. His experience made it clear that there were strong efforts underway to normalize “modern families” in Korean family law. So I understood the urgency of translating your book. The main obstacle was time as I had been working full time in a public accounting firm. However, this summer I had to take a leave for several months to care for sick family members. During the period, I was able to secure more time to speed up the translation.

My father contributed to the speedy work. He is a retired accountant and has been suffering from Parkinson’s for more than 15 years. He wanted to review my first draft translation and pushed me into sending him the next chapter almost every week. His contribution was invaluable. We were a father/daughter team, which served as a daily object lesson of the message that we were translating.

Upon publication, we delivered your books to 17 members of the National Assembly, who are involved in the attempts to rewrite the family law and to the Minister of Gender Equality and Family. We are also introducing your book to the grassroots movement members, churches, media, and schools.

We are so pleased that at last Koreans now have the tools to understand why the promotion of Modern Families harms children, and why we should oppose this concept. As you mentioned in your book, data does not change people’s hearts but stories do. Many organizations in Korea have long had good data and now is the time to further to be equipped with the children’s stories to change the culture.

When you support Them Before Us, you are joining an army of children’s rights defenders across the globe; ordinary people like Sunhee, who are finding the intersection between what they need most to do and what most needs to be done in the world. When it comes to the individual hearts of children, and the health of every nation, that means putting Them before Us.  Become one of us in 2022!