Samuel – I tried to tell her the divorce had really affected me, but she told me to get over it and that she needed the divorce for herself 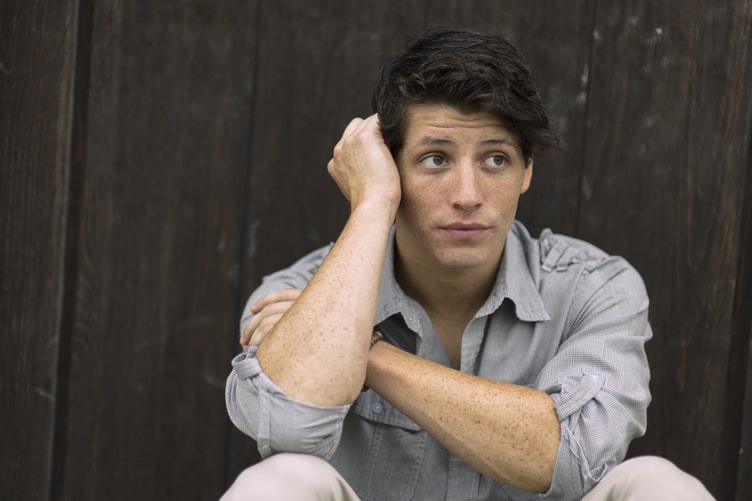 I’ve been meaning to write about my childhood for years but I kept kicking the can down the road. No more. I shall divide the story of my childhood into two parts: the early years from 1998 to 2009 (parents’ divorce), and 2009 to 2015 (when I had an epiphany and began to let go of the hatreds that had boiled inside of me the prior six years).

Where should I begin? I shall start with the basics: I was born on April 1st, 1998 at Langley Air Force base (no, my parents weren’t in the air force. It was the closest hospital and my mom was in another branch of the armed forces at the time). I moved to Connecticut as a month old infant so I have no memories of the house of my birth. I remember only fleeting things about Connecticut: It was cold, I was always sick, and my dad worked at BJ’s.

I really grew up in Virginia, where I moved to in 2002. One could say my childhood was happy: I played sports, enjoyed myself in school, and had some friends, but there was something deeper at root here: as a child I could remember going to bed feeling empty at heart, sometimes crying and not knowing WHY I was sad. Only later when I grew up and interacted with people did I learn my parents treatment of me was no par for the course. Whereas most parents played with their children when they were babies, my mom said she never really touched me as a baby unless I was crying. She thought that being quiet meant I was content. And looking through my old photo albums I can’t find any pictures of my parents holding me. The closest I can see is when they put their arms on my shoulders when taking pictures. They rarely read to me either and my mother never sang me a lullaby like her mother had done to her. I guess she was too “liberated” to concern herself with nurturing her child. But I believe the biggest shock to me was how I was treated when I was sick. My parents essentially quarantined me whenever I got sick, locking me in my room and only opening the door to give me food. I didn’t know until I was 18 that most parents actually tried to make their children feel better during their ailments. I had none of that. And I was constantly sick as a child, especially in Connecticut.

Now I shall move on to talking about my brother. He was and still is a massive asshole. He would frequently physically abuse me, numerous times to the point of physical signs of abuse (scars, bruises) and my parents rarely  intervened  or punished him. They each said it was the other’s responsibility, so I was constantly being hurt. When I would ask in tears why couldn’t my brother stop it, they said that was what brothers did. But what he did that truly affected me was more than mere assholery. It took place on Easter weekend of 2008, right before I turned ten. We were staying at my dad’s parents’ house for the holiday. While me and him were in the large back bedroom, he stated “Sam, this is how you rape a girl,” and proceeded to throw me on the bed and thrust his pelvis on my ass, fully clothed. At the time I did not think much of it as I knew my parents would not do anything to their favored child. The first time I remember telling another soul about it was in tenth grade when I made an off-the-cuff remark to a teacher about what happened. My mother, of course, found out and told me to keep things like that within the family. And it was only this year that, in a meeting with a therapist, I learned by not acting on the complaint further the school district was neglecting its duties for child welfare. This is where the story of my first eleven years comes to an end, only to be followed by six years of hell.

I remember the date clearly: April 12th, 2009, Easter Sunday. My parents sat my brother and I down and said they would get divorced. This was traumatic and where my six years of hell began. I almost immediately began to act out and as a result was placed on medicines that only worsened the problem. In September of that year I began the sixth grade. Almost immediately I ran into trouble. Before I was moved to another school, I had accumulated ten days of out of school suspensions. The new school went much better for me but problems persisted. However for the last two months of eighth grade, I ended up back at my original middle school. Now my high school story begins:

I began the ninth grade on September 4th, 2012. I still had some problems, including a fight, but it was relatively smooth sailing until December 18th, 2012. On that day I was removed from my first period class and hauled to the principal’s office. They informed me that due to comments made on Facebook, I would be suspended indefinitely. However there was saving grace. Within the school there was a “school within a school” for troubled youth. When I returned from winter break I began my studies there. My tenure at the day school was much better than the regular high school, and I made a friend there that is still a friend seven years later, but two events happened that permanently altered my life. The first was March 28th, 2013. For some reason or another I tried to commit suicide by strangling myself. I was sent for four days to a mental hospital and was released on my 15th birthday. Less than a year later on February 19th, 2014, something similar occurred. I don’t remember the exact details now but one thing led to another and I wound up back at that same mental hospital. This time, however, things were more dire. My mom truly believed that I needed to be “saved” and twisted my arm into going to a “long term care facility” about an hour from my house.

My time at this long-term facility was memorable, but not important. I was released in June 2014. What was more important was what happened after I returned home. You see the school within the school had a level system: the better you behaved the more privileges you earned. At the time of my altercation in February, I was a level four. However, I was informed that when I returned back I would start from the lowest level again, with no privileges. This angered me and I acted out mildly. On October 1st, 2014, I was asked to leave the program and my search for an alternative school began. On October 29th, 2014 I began at Alternative Paths Training School. The first two months were rather uneventful but I stayed out of trouble. All that changed when in December I was put on a new medicine. On January 19th, 2015, I was upset that I had to go to school on Martin Luther King Day while the public school had off. I got into an altercation with a staff member and had to be restrained. When I got home I needed someone to talk to and talked to my cousin. We texted for hours and I felt so good to have a release valve. But after that she was unavailable due to work, and thus I needed another outlet. That’s when I got on Twitter.

However back in the real world, life was not much better. Before January was over I got into two more altercations leading my mom to conclude I could not be saved. I tried to tell her the divorce had really affected me, but she told me to get over it and that she needed the divorce for herself. At that moment I had realized she could never take responsibility for her actions and pledged to myself to never discuss the divorce with her again. In March, an altercation between my brother and I led to me attacking him with a chair. Another altercation involved me, my brother, and our father, and the tipping point was March 17th. My brother and I got into it again and he threatened to call the cops on me. When my dad got home I was in tears and so ashamed. His girlfriend suggested that perhaps the medicine I had begun to take might have had some effects on me. And she was right: all the problems I had had since December were the listed side effects on the bottle of pills. I was taken off the medicine.

March 23rd, 2015 was the day that truly changed my life. That day my cousin, his friend, and I decided to walk into the town for some fun. But I grew bored and called my Aunt to pick me up. When Tyler returned home he was egging me on calling me a pussy and all sorts of things. I asked if he wanted to fight and he obliged. I knocked him out. And since he has a heart condition, a punch to the chest can literally kill him. Furthermore, I thought what I did was okay legally because growing up my parents (even as recently as the prior week) had told me “fighting words” were a legitimate reason for violence. I surely assumed if we both consented to the fight nothing bad would come of it. But that was not what really mattered. All my life my brother had beat up on me and I had no outlet to pick on someone else. Tyler was immune from this stuff because he had a heart condition. I was given beatings but I never gave any. I had seventeen years of aggression built up inside of me, and I thought finally being able to beat someone the way I was beaten would make me feel better. Damn, I was wrong. I felt like total and complete shit and I was. However, this story does end on a happy note. When I got back to school on the 25th, I was off the medicine. Over the next two and a half months my behavior was nearly without blemish. On June 12th, 2015, I scored the biggest victory of my life thus far: I would be returning to the regular high school for my senior year.

All of that was nearly five years ago, but I will never forget those crucial eight months from October of 2015 to June of 2015 that changed me as a person and made me into an adult. It was time to put away childish things. And boy did I. My parents’ divorce hardened me and stuck me emotionally in a childlike state for six years. I only overcame it through deep soul searching. I wish I could have had a regular childhood, but now I know what mistakes not to make in my own life.