Left Claims Women Are Essential To Business But Optional To Families 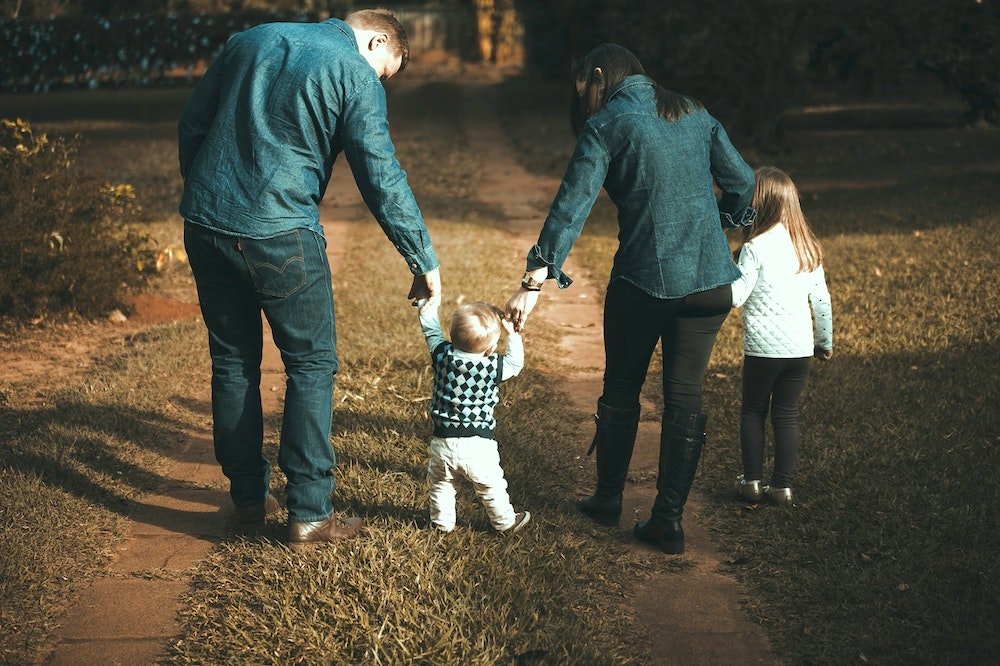 Washington state Democrats continue to run the table with their majority. They opened the new year with several egregious legislative initiatives, from decriminalizing underage prostitution to pushing the comprehensive sexual education program soundly rejected by a majority of Washington state parents late last year. Also up on the overreaching docket is SB 6037, which would require every public company to have a “gender-diverse board of directors.”

It would appear the Senate Democrats believe representation of both sexes is of great importance. Unfortunately, their concern regarding sex differences is limited only to the world of business because they spent 2018 scrubbing the words “mother” and “father” from the world of family. The passage of the Uniform Parentage Act in 2018, coincidentally also numbered SB 6037, supported by every Senate Democrat, made one’s sex in parenthood officially optional.

Democratic Sen. Jamie Pedersen, sponsor of both the 2018 and 2020 versions of SB 6037, stated in a 2018 Senate hearing that referencing mothers and fathers in parenthood laws was “unconstitutional.”The SB 6037 circa 2018 not only rendered parenthood sex-neutral, it legalized commercial surrogacy and endorsed the dangerous precedent of parenthood based on “intent” — a.k.a., awarding children to whichever adults have the money to acquire them.

The justification for such a radical makeover? The national legalization of gay marriage, proving once again that redefining marriage redefines parenthood. When you make husbands and wives optional in marriage, mothers and fathers become optional in parenthood. Bye-bye sexual equality in the family.

Pedersen’s SB 6037 circa 2020 penalizes businesses that don’t have a “gender diverse” board. He thinks there should be at least 25 percent female representation at the head of each company. Ironically, no females are represented at the head of Pedersen’s own home. He and his husband purposefully excluded women from the upbringing of their children after poaching a woman’s useful parts to acquire children, that is, purchasing eggs and renting wombs.

As the founder of a nonprofit created to defend a child’s right to be known and loved by both his mother and father, I can tell you the research on sex-specific parental involvement is conclusive: Neither mother nor father are optional. That’s because men and women are different and thus interact with children in wonderfully sex-specific ways. In fact, men’s and women’s parenting styles are so sex-specific, researchers have concluded that “parenting” is a misnomer; there is only “mothering” and “fathering.”

Here are just a few examples of the distinct and complementary ways men and women parent:

Talking: Generally, moms are more in tune with their children’s specific emotional needs. Thus, more often mom is on the scene with affirming words. Dads tend to be more direct. In conversation with their children, moms tend to simplify their language so they can connect on their child’s level: “Do you have an owie?”

Dads talk to their babies like they talk to everyone else, with more complex and adult words: “Dude, that’s a gnarly rug burn!” One approach reaches kids right at their comprehension level, while the other pushes them to the next comprehension level.

Playing: Generally, mothers care for children, and fathers play with children. When mothers do play, it’s different from how dads play. Fathers predominantly play in the arena of large motor skill development, such as running, jumping, and throwing. Mothers’ play lands on the finer side of motor skill development, such as coloring, cutting, and crafting.

Proof for these glorious and complementary differences can be verified by searching “dad with baby video.” The results are filled with fathers doing creative, limit-pushing activities with their kids, from strapping their Bumbo to the top of the Roomba, to toddlers dancing to “Beat It” in their BabyBjorn, to dads putting kids in a laundry basket so they can pretend they’re on a roller coaster.

Now search “mom with baby video.” The search results are filled with sweet and adorable, cuddly mom-and-baby moments. It’s a glorious display of human nature — moms providing security and dads providing adventure. Kids need wild fun. They also need the security of being strapped to their mother while she cooks dinner.

You know what else? Kids want a mother and father. As my nonprofit’s growing story bank can testify, kids who grow up well-loved by single parents or double moms or dads crave the sex-specific love they missed. Ted, raised by two moms, shared:

From an early age I found myself being drawn to my friends’ fathers, or at least the ones who seemed like good, responsible, loving dads. I think my parents knew somewhere in the back of their minds that this was necessary for me and didn’t discourage this. My best friend’s dad also probably recognized the role he was fulfilling in my life and did so willingly and that’s something I’m forever grateful for.

One daughter of a single mother wrote:

Samantha, raised by her father and his partner, shared how she longed for a mother:

My 5-year-old brain could not understand why I didn’t have the mom that I desperately wanted. As I grew, I tried to fill that hole with aunts, and dads’ lesbian friends, and teachers. I remember asking my first grade teacher if I could call her mom. I asked that question to any woman that showed me any amount of love and affection. I craved a mother’s love even though I was well-loved by my two gay dads.

It’s beneficial for children to have equal sex representation at the head of their home. This sex parity provides children what they need for optimal development, satisfies their primal longings, and fulfills their natural rights. Unfortunately for the children in my state, their need for sex diversity in the living room pales in comparison to the need for sex diversity in the boardroom.

Gender Matters Everywhere, Including in the Home

The left is constantly fawning over female members of the Supreme Court, ostensibly from the belief that these women offer a distinct and necessary perspective from the highest bench in the land. Many early childhood educators lament the disproportionate female-to-male teacher ratio, about nine-to-one, in elementary schools, arguing that children, especially those reared by single mothers, would greatly benefit from male teachers as role models.

According to the Institute for Democracy and Electoral Assistance, “[H]alf of the countries of the world today use some type of electoral quota for their parliament.” And hell will be paid if there are no female nominees for Best Director at the Oscars. So it seems sex matters to the left in the institutions of justice, education, business, government, and entertainment. Yet we are somehow supposed to pretend sex is irrelevant in the institution of the family? Only the worship of adult sexual desires could put us under such a dubious spell.

If the Democrats here in Washington state have any interest in righting their hypocrisy before their unscientific, foundationless worldview collapses on them, I suggest they propose a bill mandating sex quotas in the home. The bill could recognize the important sex diversity they claim to value, and do so for the sake of the most vulnerable demographic in their state: children.

Such a bill would capitalize on the natural order that already exists, that both a man and a woman are required for baby-making. It could even encourage, through benefits such as tax breaks, that men and women cooperate in child-rearing. A bill like that would forward societal expectations that both parents remain committed to their child for life, thus allowing children to enjoy the sex-diverse gifts that men and women bring to the boardroom of the family.

We could call that legislative initiative “marriage.” After all, natural marriage is the only institution that has always gotten sex quotas exactly right.