Joshua Hewitt – Some say that the transgender woman who was my Dad will always be my father. There is no truth in this for me 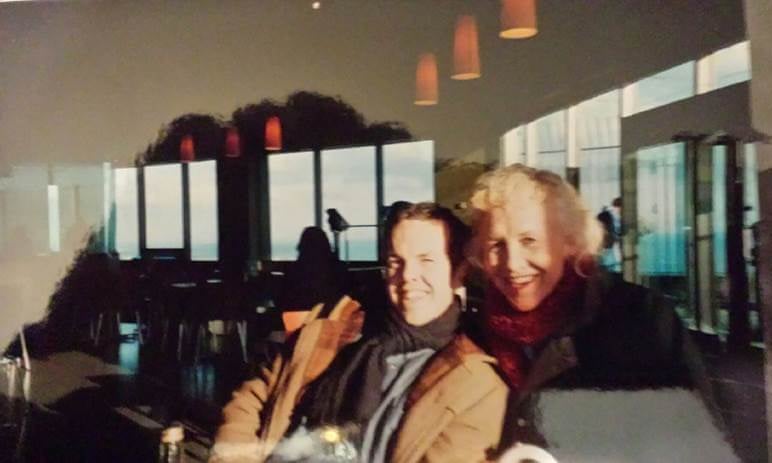 Twenty one years ago I lost my father. The hardest part of losing him is that he didn’t die. One day he walked out the door and never returned. Sometimes I allow myself to imagine how much easier it would have been if he had have died. My grief would have welled to the surface and exploded out. Instead, I carry my grief with me every day.

Twenty one years ago my father became the woman he believed he should always have been. I recall my initial response to be “you mean Dad’s gonna wear a dress?” It’s easy to forget that at this point I was 16 years old, in my final year of high school and living on the outskirts of Brisbane.

I couldn’t begin to imagine how the act of my father changing genders would affect my life, but that revelation all those years ago was like the experience of being in the proximity of a bomb blast, metaphorically speaking. Our lives were now littered with carnage, both in front and behind, and there’s an after-effect that will reverberate for generations to come.

I’m 37 years old now and for the first time in 21 years I have found a voice to speak about my experience and the isolation I have felt. It took twenty years to meet another person like me. A child of a transgendered person. This was not through lack of trying. At 18 I lived with Karen (previously my Dad) and it was a time unlike any other. At best I would describe myself like Alice, falling down a hole, wide-eyed into a wonderland. A nightly cabaret of men and women, blurring the lines of gender and sexuality. And booze, rivers of booze.

I too questioned my gender and my sexuality and began to traverse the duplicitous terrain of letting people in on the unconventional family I had. It is fair to say that their responses were sometimes nonplussed, but the vast majority of my friends at the time did not think twice. Yet I was still alone. There was no-one like me.

By then the realisation that my father was no more hit hard. Some have argued that no matter what Karen is, she will always be my father. There is no truth in this for me. I have no father and to say that I do denies Karen’s existence.

The relationship we have today is not that of a father or a son, in my mind it is not even parental. To be honest I have no label to give it, except to say that we are very close and share a bond that is loving and robust. To continue to call her Dad would be tantamount to wishing for Karen’s demise.

Because I understand that in the end, it was Karen or suicide.

Coming to terms with the loss of my father has been incredibly difficult. There has been a loss of identity. Questions of my masculinity, the loss of that important social figure at my wedding and the birth of my son and the fading memory of him, his voice, his body and his presence.

Read more at The Guardian