John McEnroe Shreds Serena and Reality- why gender matters in tennis and marriage. 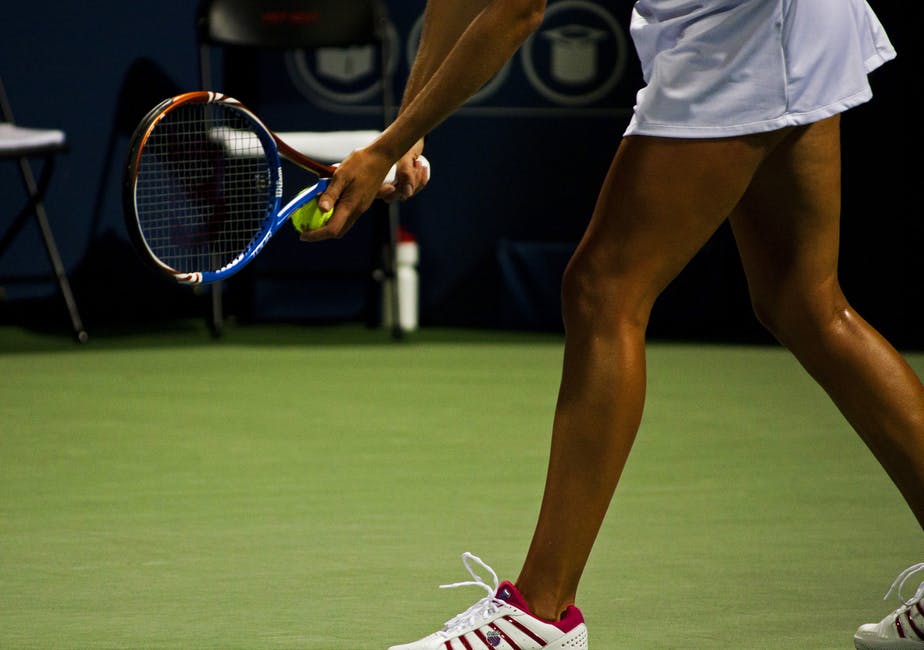 John McEnroe.  I have hardly heard his name since I was a kid listening to my dad yell at the TV screen for him to “stop throwing his racket around like a baby!” But in the last few weeks, the bad boy of tennis has captured headlines and my attention… twice. The first was for mocking Australian tennis star Margaret Court over her support of traditional marriage.  He proposed that they hold “the biggest mass same sex wedding ceremony ever seen” in the arena bearing Court’s name.  The second was this week when McEnroe shredded Serena Williams by suggesting that while she was the best women’s tennis player, she would “probably rank number 700” if she was listed among the men.

When he slammed Court’s stance by declaring that gender in marriage was irrelevant, he made media outlets giddy with delight. Yet, just weeks later he asserted that gender in tennis was extremely relevant.  The same media elites howled for an apology. He refused.

Because if you talk to the experts, it’s obvious that you cannot ignore gender differences in tennis… or marriage.

McEnroe is a tennis expert.  He’s been around the court for decades and understands the massive edge that men have over women.  Men have measurable increased heart sizes, higher centers of gravity and stronger upper bodies, while women’s frames are, on average, a full 30% smaller. While we can easily see the differences when men and women face off, as when Williams was roundly defeated by Germany’s Karsten Braasch ranked 203rd in the world, gender differences between male and female tennis players is also backed by cold, hard stats.

The Universal Tennis Rating (UTR) “rates all players on a single 16-point scale, without regard to age, gender, nationality, or locale of a given match.”  Today’s top male tennis player, Andy Murray, has a rating of 16.23.  By contrast Serena Williams, who is unequivocally the top female player, has a rating of 13.26, similar to average mens college players. While it may be trendy to say that “gender is a social construct,” any honest tennis fan will tell you otherwise.

As a tennis pro, McEnroe cannot deny the impact that gender differences have on the sport.

Neither can authorities on marriage and family deny the impact that gender differences have on children:

…the way fathers and mothers play with their children is different… Fathers emphasize more competition, risk-taking, and independence while mothers stress more self-paced play, that is, mothers tend to encourage more play that is at their child’s level. For example, fathers are more likely to encourage their kids to go hiking with them and take a more challenging trail. Fathers are more likely to engage in wrestling and grappling with their kids and also to play sports that are more physically demanding. By promoting and encouraging diverse activities, fathers and mothers build their children up in distinct ways.

The critical impact of a dual-gender influence on children is also backed by cold, hard stats.  When one gender- particularly the father- is missing, children suffer in almost predictable patterns, namely higher criminal involvement for boys, higher rates of teen pregnancy for girls, and increased poverty for both. Given that men and women offer distinct and complementary benefits to children, it is in the State’s interest to encourage mothers and fathers to parent their children together.  Historically, the means through which every culture and religion has encouraged both biological parents to raise their child together was through… marriage.

Now that marriage has been redefined to make men and women optional, mothers and fathers are being viewed as optional as well.  In the US, there is no longer any political or government institution that recognizes a child’s right to their mother and father. And that’s a problem.

McEnroe would do well to listen to the experts on the subject:

I knew from a young age that living with two women was not natural. I could especially see it in the homes of my friends who had a mom and a dad. I spent as much time with those friends as I possibly could. I yearned for the affection that my friends received from their dads. I wanted to know what it was like to be held and cherished by a man, what it was like to live with one from day to day. –Brandi Walton

I grew up surrounded by women who said they didn’t need or want a man. Yet, as a little girl, I so desperately wanted a daddy. It is a strange and confusing thing to walk around with this deep-down unquenchable ache for a father, for a man, in a community that says that men are unnecessary. There were times I felt so angry with my dad for not being there for me, and then times I felt angry with myself for even wanting a father to begin with. There are parts of me that still grieve over that loss today… –Heather Barwick

I think that lesbians and gay men can be good parents.  I know they can because my mom was a great mom. But when people say that two moms can replace a dad or two dads can replace a mom I am like “You don’t even know.”  You don’t know how I needed my dad.  And my mom and Tracy are both great!!  But they cannot be my dad. –Cassie

While there may be no difference between Serena Williams and John McEnroe when it comes to their passion for tennis, their biological differences have a major impact on the way they play the game. Likewise, while there may be no difference in the level of love and commitment between gay couples and heterosexual couples, there is a major difference in what these two pairings offer to children.  Why would anyone believe that gender has a significant impact on a 78x23ft sports court, but not in the court of child development?

As a society, we would do well to recognize and celebrate gender differences, for the good of our athletes and children.