How Same-Sex Marriage Creates A Court-Mediated Market For Orphans 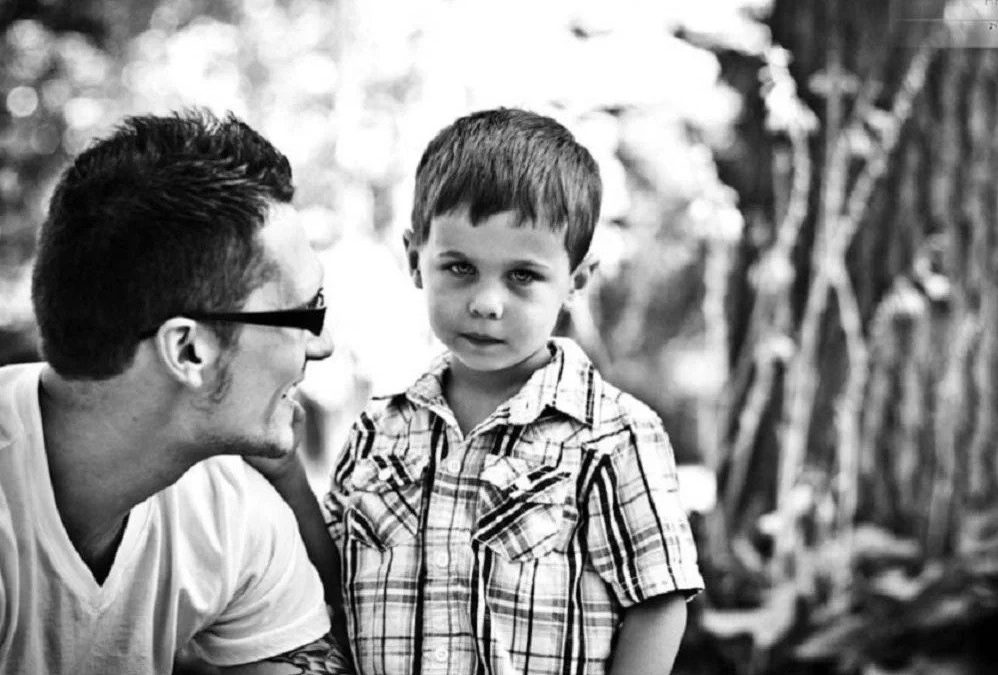 (Originally Published at The Federalist)

Pop quiz. Name one great novel in which a child embarks on an epic quest in search of his missing uncle. Just one. No? Okay.

How about this? Name a major motion picture in which the central drama surrounds the main characters desperate search for their mother’s long lost boyfriend.

Nothing? Of course not. No one would bother. You’re coming up empty because such relationships are not central to a child’s identity, formation, and development.

Now, name a great story where a child searches for her missing father. Your answers probably range from classics like Marina’s reunion with her father in Shakespeare’s “Pericles” to the cartoon “An American Tail” to the blockbuster “Guardians of the Galaxy 2.” We can all identify with these stories because the relationship we have with our father is identity-constituting and central to our development. “Luke, I am your stepfather” would have been tremendously unsatisfying.

These works of literature and pop culture reflect one of the deepest human longings—to be known and loved by the two people responsible for our existence. Until about five minutes ago, our laws reflected these universal longings by recognizing parenthood on the basis of a biological connection.

But, as we have all witnessed, drastic changes are possible in just five minutes of this me-centered epoch of history. Now, some courts are recognizing parenthood based on an adult’s “intent” to parent, regardless of the fact that it means the child will have to lose one (or both) of his or her biological parents in the process.

This dangerous legal trend is evident in a petition submitted to the Supreme Court last month. The case involves my friend Frank, a gay dad who created two children through surrogacy with his former partner, Joseph. Joseph’s sister, their genetic mother, was paid for her services as a surrogate, which, if you’re following, makes Joseph the children’s biological uncle. Complicated, I know. If this makes your head spin as an adult, just imagine the emotional confusion these two children will have to sort out.

Frank is the biological father of his twins and, for their first seven years, he was their sole caregiver. Relationship issues arose soon after the twins were born, and he and Joseph eventually broke up. Before that, Joseph had minimal involvement in the children’s lives and was in and out of the home. Sadly, the biological mother does not want a parental relationship with her children.

Two years ago, Joseph sued Frank for custody of the twins in New York state and, even though the court found no evidence that Frank was an unfit parent, Joseph won. Now the kids only see Frank, their father, a few days a month. The decision means that a man who isn’t a biological parent, isn’t an adoptive parent, and isn’t even married to the children’s parent now has a “right” to these kids.

In essence, the court has deemed that in the parent-child relationship, biology is irrelevant. Frank is taking his case to the Supreme Court.

Gay Marriage Is Responsible for This Father’s Loss

You may be surprised to hear that the very law that was supposed to be Frank’s “new civil right”—gay marriage—played a significant role in the court’s decision. The problem stems from the law equating two very different things: same-sex and opposite-sex couples. While there may be no difference in the level of commitment and connection of these two pairings, there is a stark difference in what they offer to children. As I explained in The Federalist earlier this year:

The law now demands that the two couplings be treated equally in matters of parenthood, that same law must now codify what biology prohibits—namely, making two adults of the same sex the parents of a child…state after state is now scrubbing parenthood laws of references to ‘mother’ and ‘father’ in the name of ‘non-discrimination.’

In parenthood, biology discriminates, big-time. In an effort to be gay-friendly, however, courts have opted for the progressive “intent-based parenthood” over biology-based parenthood. It was on the basis of “intent to parent” that a New York court awarded Frank’s ex-partner near total custody of his children.

To put a finer point on it, Joseph wasn’t awarded custody of his children. Joseph was awarded children. The twins didn’t get their Italian heritage from Joseph, had never lived at his house, and didn’t feel comfortable in his care. But the court decided Joseph was their parent anyway. Because equality!

The lower court has made its decision. The biological mother has refused to take a parental role. Joseph has made his case and now gets to parent the children (or rather, the nanny he hired who watches them all day gets to parent them). Frank has spent years battling it out in the court for his parental rights.

When Children Are Subject to Adult Desires

Do you see anyone’s perspective missing in this messy legal row? If you answered “the children,” you are one of the few adults who understands what’s really at stake whenever we discuss issues of marriage, parenthood, and reproductive technologies.

But, like all children, Frank’s kids don’t get a voice in these legal proceedings. They can’t hire lawyers. They can’t petition the court. They can’t even share their perspective in a Federalist article. Still, it’s these two children who have the most at stake if the justices choose to hear this case.

That’s why my nonprofit Them Before Us, devoted to defending children’s rights in the family, just filed an amicus brief on behalf of Frank’s children. We packed our brief with family structure experts and the quotes of kids who have walked in those 9-year-olds’ shoes. The justices need to know what’s at stake for Frank’s children, and all children, if the government decides that biology is irrelevant in the parent-child relationship.

What exactly is at stake? Children’s deepest longings, identity, and safety.

Here’s an Overview of the Main Issues at Play

For those of you who aren’t interested in digesting the 6,500-word document, here’s the section-by-section summary of our SCOTUS brief.

The court should clarify children’s fundamental liberty interests in their biological family bonds. “No doubt Petitioner has a fundamental liberty interest in parenting his children. But this right should not guide the Court’s decision to grant review. Instead, the Court should grant review to clarify that children have an enumerated right to be known and loved by their biological parents.”

“Intent-based” parenthood is about what adults want, not what children need. “When the basis for parenthood is no longer biological but ‘intentional,’ it endorses scenarios…where children are swapped and traded, cut and pasted into any and every conceivable adult arrangement.”

Children long for their biological parents regardless of their family structure. “In the heart of a child, not all adults are created equal. There are two people children innately long to know and be known by—their biological mother and father…This longing to be known by one’s biological parents exists regardless of the parents’ sexual orientation. For children, it is not about their parent’s sexual identity. It is simply about biology.”

Biology is crucial to children’s safety and wellbeing. “There are committed non-biological caretakers. But studies show that unrelated cohabiting adults are less invested in and protective of the children in their care. This phenomenon is known among evolutionary biologists as the ‘Cinderella Effect.’”

Only biology and adoption are the basis for parenthood. “The trend toward ‘intent-based’ parenthood is grievous. It is never necessary to give a child to an unrelated adult without requiring that adult to undergo vetting, training, and supervision.”

Obviously, this case has major implications for Frank’s two children, who are getting a firsthand education of the “Cinderella Effect.” I’ve spoken with family court expert Francesca Banfield, who filed a complaint with Child Protective Services (CPS) stating that Joseph has been slapping Frank’s nine-year-old daughter in the face.

This case also has the potential to either strengthen or degrade every parent-child relationship in the country. When biology isn’t the basis for parenthood, it’s a major power grab for the state, which can override anyone’s claim to their own children. As a result, it’s a threat to every parent—and every child.

What’s worse, if the state has the authority to disregard children’s rights to their mother and father and award them to any adult who “intends” to parent them, then children are reduced to commodities. Did we not fight a civil war to end that practice?

I wish that the redefinition of marriage had simply expanded the pool of people who could participate in this institution that has, historically, been the most child-friendly the world has ever known. But it was only child-friendly because, in nearly every case, marriage united children to the two people to whom they had a natural right.

Redefining marriage has forced the principles of this institution to work in reverse—the children who grow up within a same-sex-headed household are separated from one parent in every case. And in Frank’s case, they are separated from not one but both of their biological parents.

The case before the high court is not a gay, lesbian, or heterosexual issue. It’s is a children’s rights issue. We can go ahead and make mothers and fathers legally optional, but the law is powerless to alter the desires of a child’s heart. There’s a reason why Barack Obama’s book was not titled “Dreams from my Inconsequential, Unimportant, and Totally Optional Father.”