Elizabeth Garrott – To me, my father had died, and there was no changing that. I was looking at a shell of the man I once knew 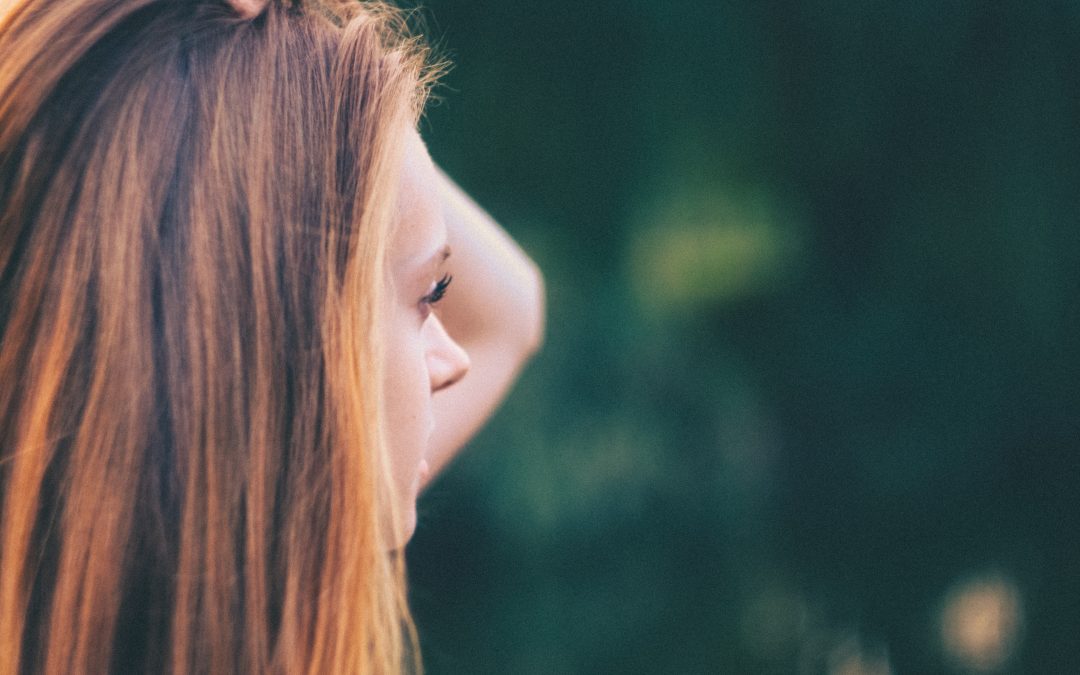 My parents were married in their early twenties as a lot of couples typically do. I was born a couple years later in 1976. I grew up knowing the love of my mother and father in a normal household. I was particularly close to my father as a lot of young girls are. They adore them, they are her first hero.

He did most things with me. He got me into liking nice cars, Star Wars and music. We would have long talks about God. I loved those times. If it wasn’t for those talks, I probably wouldn’t have stayed a believer in my teen years.

My parents separated temporarily around the time my mom was pregnant with my sister. They got back together when my sister was born. I wish I could say I was helpful to her during the separation, but I had a chip on my shoulder at that time…with my dad. I was about 11 years old. I had seen my dad shake my mom one time (they didn’t know I was watching on the stairs) and never forgave him. I remember him apologizing, but I didn’t forgive him. I was so young. I grew up shutting him off.

Fast forward to adulthood…I was about to get married. I had, about this time, forgiven him for the past. I had found the love of my life, so nothing could go wrong. That’s when, one day, at the dinner table I found out for the first time in my life that my dad had breasts. He was wearing a fitted sweater, as he often did, that exposed them plainly. I couldn’t believe my horror, shock and unbelief I was seeing in front of me. But there was no denying it. I waited until my dad went to his room and asked my mom plainly, “Mom, why does dad have boobs?!” All she did was sigh. My dad came downstairs soon after and a frank discussion gave way to an argument. I promptly left the house. We had more talks, of course, as I was still living at home.

Two, two and a half years into our marriage, my husband and I had a baby girl. I went over to my dad’s house with her, it would be the last time I did so for a long time. My dad and mom had divorced around the time I got married. Even now this is emotional for me to write about. My dad was now living in the house my family, while we were intact, was living in, with another man who had his same problem. My mom was living elsewhere. I forgot to mention my little sister, about the age of 11, was in the midst of all this “heck.” She has only a memory or two of him as her dad. He told her to call him “Blondie” now, not dad. Wow. What a fundamentally wrong thing to do to your little child. I would have her over to our house often and would take her to church. I wanted to keep some sense of normality in her life.

A little while later, my dad made the change to Stephanie and in doing so, destroyed his family. He and his friend did the surgery at the same time. The feelings I felt were loss. To me, my father had died, and there was no changing that. I was looking at a shell of the man I once knew. It was hard seeing him, because, to me, he passed away, and it brought up those same feelings every time. I could no longer relate to him the same way. I couldn’t be excited when he showed me his jewelry, I felt sick inside. And no one in my family, except my husband, was on my side until his passing.

My dad got sick with Leukemia and said it was slow progressing. Then later, after a seizure, they found out he had brain cancer. Devastation. We tried to be hopeful but knew most people die from this. He had brain surgery and was able to walk when the doc said paralysis would happen instead. It was the mercy of God…but they couldn’t get all the cancer out. He had already gone through chemo drugs and radiation; he wasn’t going to go through it again.

His cancer progressed very rapidly and in that short two-month window my dad made amends with me and God and decided he didn’t want to wear women’s jewelry anymore. And he never did. I felt he truly repented and made peace with Jesus.

My mom would often talk about my dad’s father. He was an alcoholic and most likely gay. He would go on trips with other men, even though he was married. One of his dad’s friends came on to my father when he was young, and his dad did nothing about it. I’m certain my dad was molested or raped sometime during his childhood. And this led to his self-hatred and an identity crisis.

I wanted to share my story in the hope that it can help someone. Thank you.