N. Smith – …the wound caused by missing actions on [my father’s] part is definitely still there in my adulthood 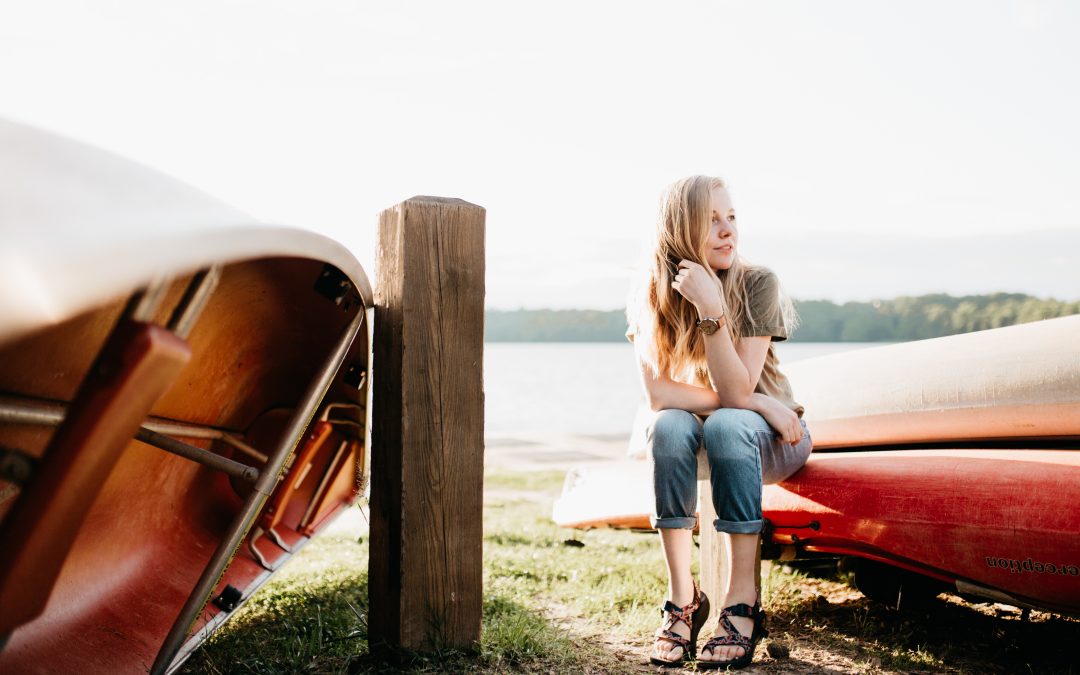 I grew up in a single mother household. My parents divorced when I was six or seven years of age, my brother was three, and my sister was thirteen. When my parents divorced, we were living in California and my mom moved us to Michigan. My dad followed us, and they were only separated at first. He struggled with opioid addiction that stemmed from a back injury, which caused our home life to become volatile as he became abusive to my mother, ruined her credit, our home was in foreclosure, and she was a stay-at-home mom at the time.  But he didn’t make the changes he said he was going to, so my parents divorced.

He moved to the Detroit area to look for work. There were times when his housing situation was unstable so we didn’t go to visit, but once he had places to live, my parents would meet halfway, and we would stay with my dad over the weekend. The weekends were very short. My mom worked full time and so we would go down Saturday and be back for school Monday. My parents lived about four hours apart. Eventually, my dad moved to the east coast to be closer to his sister and her husband and he lived with them for several years and worked for my uncle’s business. At that time, we’d go to visit for a few weeks each summer. I never really knew why my parents divorced. If they explained it to me, I don’t recall. My mom would always have us call our dad for holidays, birthdays, Father’s Day, etc. There were times she expressed frustration at his come and go communication style since there were periods we didn’t hear from him and the communication was initiated on our behalf. But she was always careful never to bad mouth him in front of us.

As I came into my teen years, I recall being very angry and suffering from depression. Some of it could have been normal teen stuff, but in hindsight I believe it was the trauma of a broken family and a teenage girl longing for her father. I started getting into very serious relationships at a young age, and looked for approval, love, and acceptance from boyfriends which resulted in very unhealthy relationship habits and perceptions of what was normal in a relationship. My view of what I had to do for love and acceptance was skewed, and I suffered from very low self-esteem. My mom remarried when I was in late middle school, early high school. But that marriage was only about 3 years long or so, as her husband probably suffered from an undiagnosed mental illness and he was manipulative and I believe emotionally abused my mom, me, and his own children as well. Once I was getting ready to graduate high school, I’d make threats to “live with my dad because he would let me do what I wanted,” my mom started to open up and share about the breakdown of their marriage, and his addiction and abuse that lead to their divorce.

One time my dad was visiting Michigan and staying with my sister and her husband, and he was drinking heavily. We got into an explosive argument that resulted in us not speaking for quite some time. I decided to write him off. But I then started looking into Alanon groups for family members of addicts and alcoholics, and I came to the realization that I had one earthly father, and I could accept him how he is or hold onto resentment. We slowly started speaking again and it wasn’t very long until he ended up in the hospital on death’s door. He has type 2 diabetes and had taken two days’ worth of insulin, a morpheme, and drank a beer, and his neighbor found him almost dead. He was on life support for about 12 days, and I had to fly out to go see him. By the grace of God, my dad pulled through. It was another very traumatic experience for me. I had tried to have a face-to-face conversation with him about going to get professional help for his addiction, and he was very sure that he could beat it on his own after his near-death experience. Sometime later, he was certainly back to his old habits. I hand wrote him a two-page letter about how traumatic the experience was for me to see him that way and to clean up his slob apartment, and that I wasn’t going to do that again. His response was a text message saying, “thank you for your letter.” No other conversation about it.

Several years have passed since all of that, and his health is still very poor. He has never once said sorry about his actions and his lack of presence in my life, and I don’t ever expect it from him. I have also committed my life to Christ during all of this, realizing all along even though I didn’t have a great earthly father, my heavenly father could fill that void all along. To this day, my dad and I do not have a super close relationship. We talk on the phone on occasion, and the conversation is usually pretty shallow or one-sided. I do, however, believe in his own way that he loves me. He has always been one to tell me and my siblings how much he loves us. But the wound caused by missing actions on his part is definitely still there in my adulthood and as a married woman. The choices I made as an unsaved, young woman trying to fill a hole in my heart have brought pain and heartache into my marriage. BUT, God is good. He has redeemed me, redeemed my marriage, and I believe he can use anyone’s story to help others.