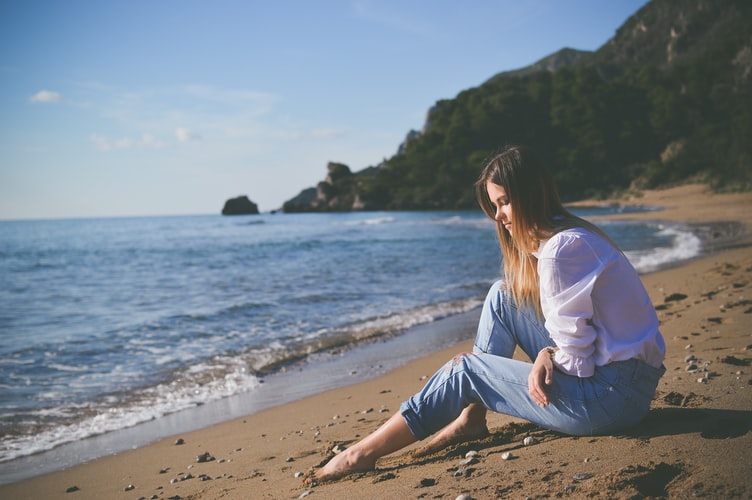 My parents were separated before I was even born and they got officially divorced when I was 1. My mom started dating women after that…and she also cut her hair very short and dressed kind of manly. My dad went to prison twice when I was younger for possession of meth, so we stayed with my mom and grandma. My mom was a single mom of four kids and she worked a lot. We hardly ever saw her. We were kept at school and then the Boys and Girls club after school most days. My mom had girlfriend after girlfriend. The most she ever stayed with one partner was 3 years. We would get close to them and then they would leave. We moved around a lot too. We had no stability whatsoever.

At 8 years old, my mom sat me down and told me she was transitioning into a man. I didn’t really know what that meant at the time, I just wanted her to be happy. She started taking testosterone and wearing a binder. She grew facial hair and her voice got deeper. My dad wasn’t there and now part of me felt like I didn’t have a mom either. I didn’t know how to explain it to my friends, so I would never invite them over. My mom started doing drag shows as a drag king. She would go all over to surrounding states and be gone for days at a time. She also drank a lot. I would definitely classify her as an alcoholic. It was just non-stop partying. My older sister said it felt like she had abandoned us too…that before she and my dad divorced, she had been a good mom.

After my dad got out of prison when I was 11, I lived with him from 12-13. But he and his girlfriend fought a lot and screamed at each other, sometimes physically. I moved back in with my mom at 14. It was the same thing. Lots of alcohol, revolving partners that I never felt I could get close to because it hurt that much more when they left. I was diagnosed with attachment disorder and major depression at 14. I also thought for a couple years that I was bisexual. I think because I was just exposed to it so much from being part of the gay community growing up. I continued to go to therapy off and on in my teenage years but it never really seemed to help. I developed an eating disorder at 17. I just needed some semblance of control over something in my life. At 18, I started going to community college and met my now husband. As soon as I entered a real relationship with a man, I knew I was not bisexual. We have been together for 8 years. I still struggle with depression but it’s not nearly as bad as it was when I was a teenager. I finally found the stability I had been searching for my whole life. I vowed that my children would never go through what I did.

I wanted to add that though my parents have many personal failings, I still love them. They just disappointed me my whole life. But they were never purposefully cruel or abusive to me and my siblings. I know they love us, they just had their own demons/addictions. My dad still does meth but my mom has actually stopped drinking alcohol excessively and has started the process of de-transitioning. I prayed really hard for her and we had a very long talk about it just recently. She said she was given a prescription for testosterone after one 20 minute session with a “gender therapist” and they never addressed the causes of the trauma in her life.