The sacrificing of “excess” children to fulfill adult desires 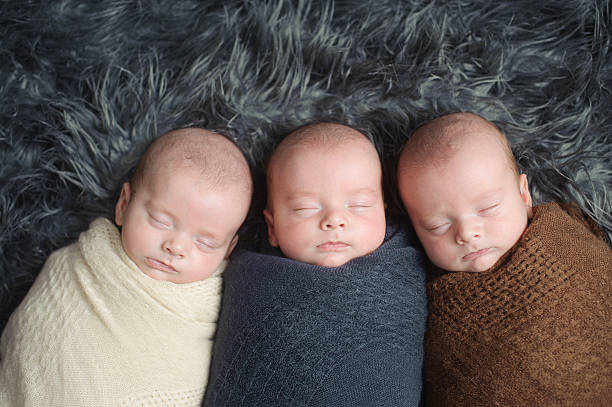 The In-Vitro Fertilization process is rife with ethical issues, some of which include the creation and eventual discarding of excess embryos, frozen embryonic limbo, the possibility of perishing during the thawing process, and the lucky few who will be given a shot at successful implantation for the chance to continue their lives.

Many argue that IVF procedures are ethical, that is that the ends justify the means because the goal is to create life. The attitude seems to be that if these children don’t implant, it’s as if they didn’t exist anyway, so no harm done. Yet, to anyone aware that life begins at conception, this line of thinking rings hollow. Since IVF isn’t viewed as the outright killing of preborn humans, many, even those who oppose abortion, often turn a blind eye to the practice.

However, one aspect of the IVF process that should foster no ambiguity for those who oppose killing children in the womb is the process of selective reduction.

Selective reduction is the practice of terminating the lives of successfully implanted embryos for reasons of either sex selection, or the many medical complications that arise from multifetal pregnancies. The risks of multifetal pregnancies include birth defects, premature birth or developmental delays, and maternal health risks such as dangerous and potentially deadly hypertension and preeclampsia.

Selective reduction (abortion) commences with the injection of potassium chloride into the heart of the unlucky fetus, which stops the small heart from beating. But, that’s not the only way to “selectively reduce” the problematic or surplus children. In instances where babies share the same amniotic sac, more inhumane techniques are used such as bipolar cord coagulation and radiofrequency ablation, which cut off umbilical cord supply, thus starving the baby of oxygen and nutrients. The dead children will then be absorbed into the mother’s body, or remain in the womb until delivery, which requires the mother to continue carrying around her slaughtered children—children whose lives she chose to terminate.

Big Fertility has justified selective reduction by claiming that it’s “not just beneficial for the other children growing in the mother’s womb, but is also a good way to ensure a great future for the ones that continue ahead in life.” You see, sacrificing one or more of your children for the benefit of the others is the right thing to do. It would appear child sacrifice for another’s blessing is alive and well in the 21st century. Then there’s the impact on your bank account to consider, “…The expenses incurred in taking care of multiple children is not something that is affordable for every family. With all children being at the same age, they can quickly shake your financial stability.”

Such statements acknowledge the obvious fact that these are human beings being killed, and although not lockstep philosophically with his beliefs, these sentiments would be at home in Joseph Mengele’s journal. Not only would this practice make eugenicists jump for joy (not to mention the gender selection that occurs in these circumstances), but it’s a glaring example of putting adult desires before the rights of children, specifically, to their basic and natural right to life.

In October 2019, one woman made public the details of her IVF experience, including her decision to selectively reduce two of the three children she was carrying. She and her husband had adopted and transferred two embryos, that is, embryos with no biological relation to either parent, and a triplet pregnancy was the result. They chose to kill two of these adopted children because of the risks involved in carrying triplets, coupled with the risk that these commissioned children may be born with less-than-perfect health. She justified  that she couldn’t risk the lives of all three children when she knew a singular baby had a better chance to thrive, and she went on to state, “…As a mother, it was the only choice I had. It was a sacrifice beyond what I thought I was capable of making, but, as parents know, that’s part of being a parent…Maybe the most important part.”

First, an important distinction. While this woman intended to mother, she was not the genetic mother of the children she aborted. This couple sacrificed other people’s children, they adopted and then ended the lives of children who most assuredly have other biological siblings who will never know them. This act doesn’t illustrate  self-sacrificial maternal love for these children. A couple willing to spend $100,000 because they “were only focused on having children” sure didn’t put children’s rights before adult desires when they spent another $14,000 to kill two of them. This is a gross illustration of how the fertility industry profits from the vulnerability of those who are infertile, and demonstrates how children are debased products to be acquired as long as one desires to make a child, and that if the products don’t satisfy those desires, these humans can simply be eliminated.

Another instance of selective reduction involves a military wife with a deployed husband, who found herself pregnant with triplets. With regard to her desire to terminate two of her three babies, she explained, “I felt like the pregnancy was a monster, and I just wanted it out, but because we tried for so long, abortion wasn’t an option. My No. 1 priority was to be the best mom I could be, but how was I supposed to juggle two newborns or two screaming infants while my husband was away being shot at?” Finding a doctor willing to abort two of her children was difficult, and she eventually had to travel  thousands of miles to a doctor willing to abort her children. In telling her story  many months later, she stated, “I am the mother of a very demanding toddler…I can’t imagine this times two, and not ever knowing if I’d have another person here to help me. This is what I can handle. I’m good with this. But that’s all.”

This mother apparently believes “being the best mom you can be” involves taking the lives of her children.

It was also revealed that in the United Kingdom, “Dozens of unborn babies were aborted in 2010 by British women expecting multiple births but who wanted fewer children. Department of Health statistics found that more than 100 babies were terminated by women expecting twins, triplets or quintuplets.

“The statistics, released under the freedom of information law, revealed that in 2010, 85 women aborted at least one foetus while going on to give birth to another baby. This compares to 59 women in 2006. Of the 85 women undergoing selective reductions last year, 51 were reducing a pregnancy from twins to a single baby, up from 30 four years before.

The process of selective reduction is not risk free, as all of the procedures carry a risk of early or total pregnancy loss. In a 2015 study, 118 women with a reduced twin pregnancy, 818 women with an ongoing twin pregnancy, and 611 women with a singleton pregnancy were evaluated for risk of pregnancy loss and premature delivery. The study found that the loss of the entire pregnancy under 24 weeks, as well as the likelihood of premature delivery, occurred considerably more in those who had chosen to reduce compared to the ongoing twin group. The amount of women without any surviving children was also higher in the reduction group compared to those with ongoing twin and singleton pregnancies. Mothers who undergo selective reduction are intentionally, if perhaps unwittingly, putting the lives of all of their children at risk in pursuit of their desire  to have only one child.

There are countless stories of those who desperately want children that subject themselves to reproductive technologies, only to find that they have conceived more than  their “desired number of children.” In these situations, the focus is always on the wishes and preferences of the adults under the guise that it’s in the “best interests” of both themselves and of their future children to perform strategic reduction. However, one thing is certain. Parents willing to treat their own children as disposable who intentionally terminate their lives to serve their own wants and desires does not forward  anyone’s best interests.

A truly loving, self-sacrificing parent would never kill one of their children in order to give their other child a better chance at a more “desirable” life. The very concept of sacrificing one child for the other is absurd, and it’s a practice that should have ended with the Canaanite god Molech.