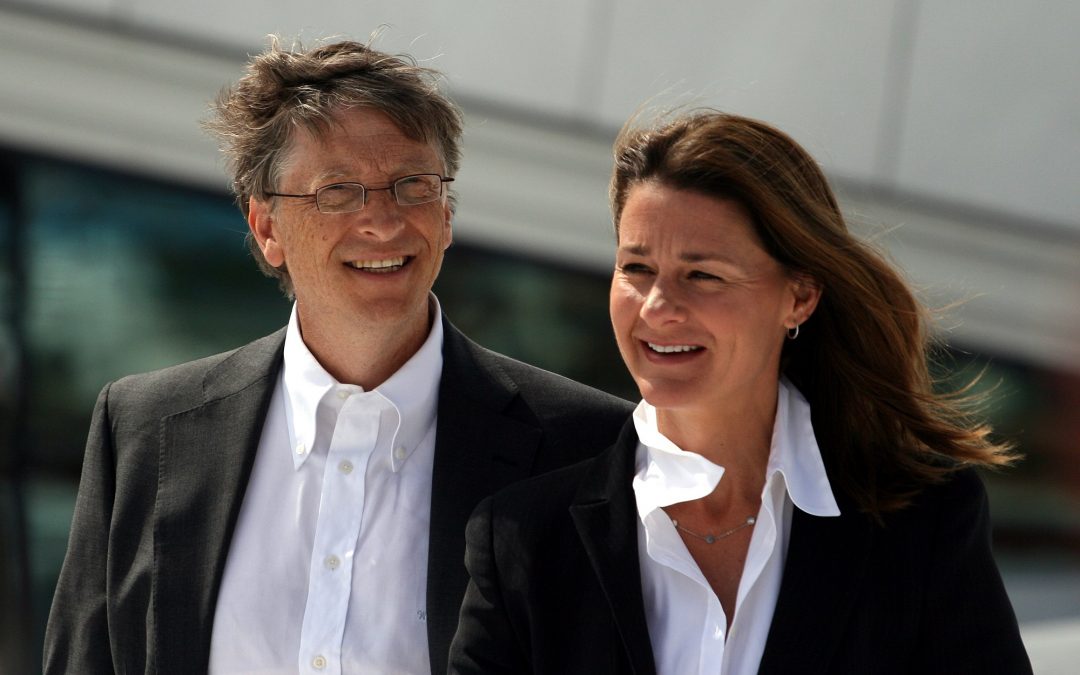 Following 27 years of marriage, Bill and Melinda Gates announced via Twitter that they have decided to end their relationship on the grounds that they can no longer “grow together as a couple.” Conversations surrounding their divorce, as reported by various news outlets, center around how the couple will divide their $130 billion worth of assets, and how they will continue working together at the Bill and Melinda Gates Foundation. Absent from these conversations are the voices of their three children. When the Gates children are mentioned, there is little concern for how they are coping, but instead there are a great deal of comments about how the children will be fine since they will never have to worry about money. However, if the decades of research on divorce’s impact on children (even adult children) is to be believed, money is no substitute for a child’s mother and father loving each other. As one woman who experienced the divorce of her parents at age 21 shared, “Wealth does not shield children from sorrow, disappointment, and, most of all, fear.” -Marie Mucci

The inherent foundation required for children to be happy is not money, but rather the love of their mothers, the love of their fathers, and the stability and healthy familial structure that comes from being raised, known, and loved by their married mothers and fathers. That is the tried and tested recipe for healthy cognitive and social emotional development. The longing for this foundation is common to all children, not just those of certain economic classes.

Many in our society expect adults to be unaffected when their parents divorce. After all, these children are now mature enough to understand the situation, and they have their own lives and relationships on which to focus. We know that for children, divorce is an Adverse Childhood Experience that can result in lifelong mental and physical health issues, but what about adult children? Children develop solid, emotional ties with their parents from a young age, which are both a source of comfort in times of distress and a method of survival. Unsurprisingly, adult children can suffer traumatic psychological responses following the divorces of their parents, as the marriages of their parents formed the bases of their senses of identity and attachment, which serve as the foundation for their own future romantic relationships. The dissolution of the marriage of one’s parents, even in adulthood, can cause feelings of guilt, doubt, anger, and confusion.

As shared by those who have experienced the divorcing of their parents as adults:

Divorce. I never heard that word in my family. That is, until my parents announced that they were getting one. I was 21-years-old. I remember phone calls with explanations of the why. It didn’t matter to me. What mattered, as I explained to my parents, was that our family was essentially gone. As a young adult, I was filled with a profound sense of sorrow and fear. My parents were also, unbeknownst to me at the time, struggling. There was no way for them or me to communicate the depth of what was happening. We were outside of our wheelhouse.

My overriding concern at the time was a legitimate ‘what would my future be like?’ I know that was selfish. It was the unknown that frightened me. My anxieties regarding Christmas, Thanksgiving, birthdays, etc. were overwhelming. I can’t imagine how children younger than I was at the time can successfully navigate a divorce.

In time the fear went away. The sorrow, however, has never gone away. It is the sorrow of what could have been. -Marie Mucci

I experienced my parents divorce as an adult and it was extremely hard. After 32 yrs of marriage my dad just left and married another lady. Haven’t heard from him in over 5 yrs. The last thing he said to me was “You’re an adult, you will adapt just fine, you don’t need me anymore because you have your own family, you’re a strong woman.” He was totally wrong. My siblings and I are still suffering the consequences of my dad’s decision. Two of my sisters ( 27 and 31 yr old’s) developed strong anxiety after the divorce. So I totally agree that kids or adults don’t get over divorce.  -Catalina

I was in my 30s when my parents (then in their 70s) informed me and my siblings that they were divorcing. My immediate emotional response was anger, mixed with confusion. Why, after so many years together, would they suddenly believe that living separate lives would be ideal? How dare they place their petty differences ahead of the sanctity of marriage and the solidarity of our family. But as I further considered the situation, I felt only disappointment. They were Christians who raised me to be honest, kind, and self-sacrificial. But it seemed to me they had not heeded their own lessons. With their children raised and their debts paid, they decided it was more desirable to pursue selfish ends than to work on their marriage. In time, I learned that my father did not want to divorce; my mother initiated the process without his consent. But I believe they were both at fault: he for not taking seriously their problems until it was too late, and she for not considering the possibility of forgiveness and reconciliation. Ultimately, I consider the entire affair as shameful because they did not follow the commandments of Christ, nor the teaching of the Church. And I believe their actions to be selfish because they did not consult with their pastor, their children, or a professional. They made their decision in isolation from their family, their community, and then expected us to simply accept it. A decision that affects so many necessarily requires the input of those affected. -Joe

I still believe marriage is good. That divorce shouldn’t happen. If you have a problem…FIX IT! Relationships are work. People need to stop giving up. -Philip

While much of the focus of Bill and Melinda’s announcement is centered around the two adults, media and twitter-ers alike are ignoring the true victims of this divorce—their children. Ironically, their announcement expressed a desire to continue helping others lead healthy, productive lives. What they fail to acknowledge is that without a strong familial bond, it becomes exponentially harder for children to lead healthy, productive lives. If only the Gates’ understood that marriage can achieve what money never will.