You Can’t Fix Tough Adoptions With ‘Re-Homing,’ Only Faithfulness 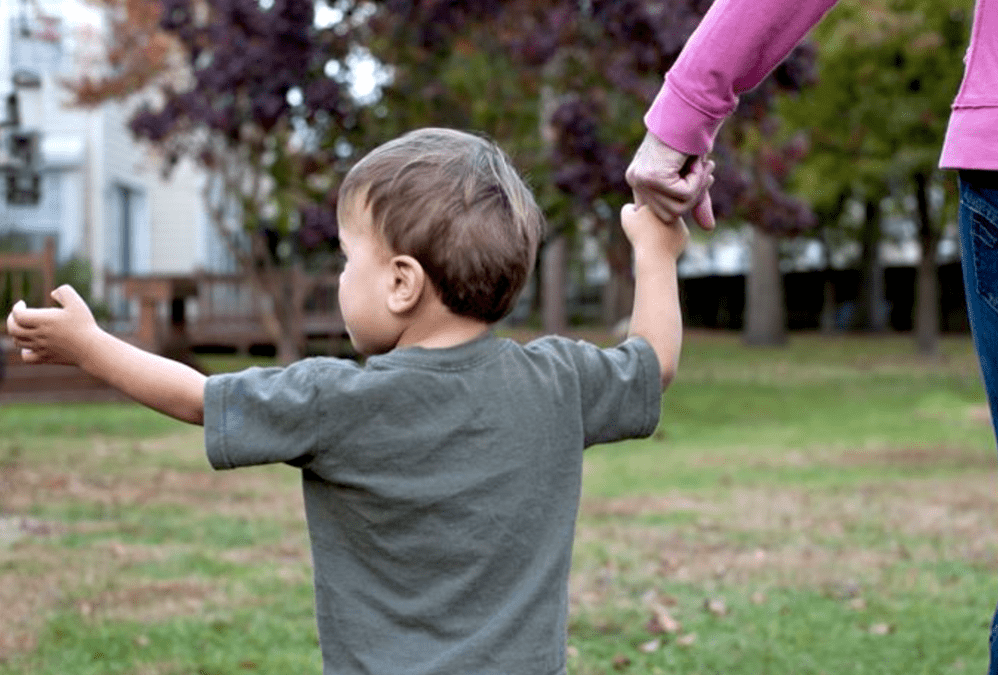 Over the following two years, Stauffer posted regular updates of Huxley’s progress, including his autism diagnosis and references to his therapy. A few months ago, fans started noticing Huxley’s increasing absence in Stauffer’s posts. Then last week, Stauffer and her husband announced that due to the difficulties of his special needs and the strain it placed on their family, Huxley now has a “new mommy.”

As the mother of an adopted Chinese son with special needs, I can relate to many of her struggles: navigating the self-stimulating behaviors, the embarrassing public meltdowns, challenging sibling dynamics, and desperate midnight prayers. But I cannot relate to the decision to “re-home” her son — that is, independently selecting a new home for Huxley, one which likely did not undergo the vetting and screening required by state placement agencies. While re-homing may offer an escape to parents, it inflicts fresh trauma on the child, trauma that reawakens the pain of their original relinquishment.

My time spent as the assistant director of the largest Chinese adoption agency in the world taught me just how redemptive adoption can be. Unfortunately, many have romanticized it to such a degree as to ignore the built-in loss of adoption. We’ve repeated a simplistic view of adoption that goes something like this: “child in need + loving parents = problem solved.” If only it were that easy.

I’m all for presenting adoption as an alternative to abortion, which it certainly is. But the real solution for an unplanned pregnancy is not adoption, it’s parenting. Whenever possible, family and community should pledge support to mothers and fathers with an unplanned pregnancy so they can parent their child. That’s because parental separation, at birth or later in life, results in what many adoptees refer to as a primal wound, one which can result in ongoing trust, attachment, and emotional issues. That wound doesn’t magically heal after a child is placed with loving parents.

Despite the fact that on average, adoptive parents tend to be wealthier and more highly educated, adopted kids still struggle more than their peers raised by biological parents. Parental loss, while not insurmountable, disadvantages children.

Little Huxley has now been dealt a double blow, losing both his biological parents and those who pledged to be his “forever family.” The primal wound is hard to heal, even when it’s not reopened through repeated trauma.

I’m surrounded by adoptive parents. Most are like Stauffer; they have adopted special needs children, either from foster care or internationally.

After walking orphanage floors filled with blue-lipped children with bulb-shaped fingertips who lack the medical care to repair the hole in their heart; after passing between perfectly silent rows of infants, two to three per crib, who have learned that crying is futile because no one will come; after hearing about the abuse and neglect many foster kids suffered in the home of their mother and what is almost always a rotation of cohabiting boyfriends — I can unequivocally tell you these children are in a better place with their adoptive parents.

That doesn’t mean adoption has “fixed” everything, however. Adoption simply means these kids are better positioned to process and heal from trauma that may last a lifetime.

Yes, there are cases of seamless transition where children immediately thrive in their adoptive home. But especially with older and special needs children, adoption is seldom a perfect fix. Adoption more realistically resembles parents shepherding their child through multiple waves of adjustment as they unpack the layers of trauma resulting from their relinquishment and sometimes their institutionalization.

This idea that adoption will fix everything can lead parents such as Stauffer to believe that if the child is still struggling or experiencing challenges even after months or years, something must be “wrong.” Indeed, something is wrong. The child is being asked to do something no child should have to do: detach from their biological parent and reattach to biological strangers. Huxley now has to undergo that process again.

Attachment is like double-sided tape. It’s very sticky the first time you use it, but tape loses some stickiness each time it’s removed from one paper and reapplied to another. Like all children, Huxley first attached to his birth mother. Then that vital attachment was lost. The tape was then reattached, and now detached from Stauffer.

As many social workers and adoptive parents will attest, getting the child’s tape to restick even to one new family can be challenging. Stauffer alludes to that reality when she mentions, “[I]n family time with other people, [Huxley] constantly choose [sic] them.” That’s classic attachment disorder behavior — gravitating toward non-family members and even strangers — indicating Huxley’s attachment tape was losing its stick even before he was forced to reattach to a third family.

Adoption Is Hard — and Good

A friend of mine recently started a group chat with several foster and adoptive moms called “Asking for a little non-judgmental prayer.” She has three biological children and is now struggling to connect with her 4-year-old foster daughter with serious behavioral problems. I told her, “It’s not strange that you’re struggling. It would be strange if it was easy.” That struggle should prompt parents to pursue faithfulness, not an exit.

Stauffer isn’t the first adoptive mom to seek escape from the unexpected hardship adoption placed on their family. I’ve had several adoptive moms wonder to me, offline and in hushed tones, if they’ve made a mistake after discovering an undiagnosed medical condition, feeling overwhelmed by behavior problems, and seeing their other children suffer decreased mom time as a result. Some have said, “Our family would be so much easier without her.” I tell them they are not alone and that it’s OK to be honest with a trusted friend.

Our choices on how to parent and even whether to parent our children do not flow from our feelings, however. They flow from our commitment to raise our children, whether biological or adopted, no matter what challenges they bring, how many nights we cry, or whatever mental, emotional, or medical conditions they may have.

We tend to think that if the road is hard, we are on the wrong road, and we look for the nearest exit ramp. With adoption, the exact opposite is usually true. The road is hard because we are doing it right. We are providing something our children desperately need, parents who will not leave them nor forsake them, no matter how they struggle.

If you’re an adoptive parent and you feel like you’re drowning, you don’t have to tell everyone, but you do need to tell someone. Call your agency for post-placement support, schedule regular breaks, go to a Refresh conference, seek counseling for yourself and your child, and remain faithful. That dogged commitment and the resulting stability over months and years creates the safety and security kids need to reattach — and hopefully thrive.