Susan – I was 13 years old when Dad left the second time…Is it any surprise that I deal with depression? 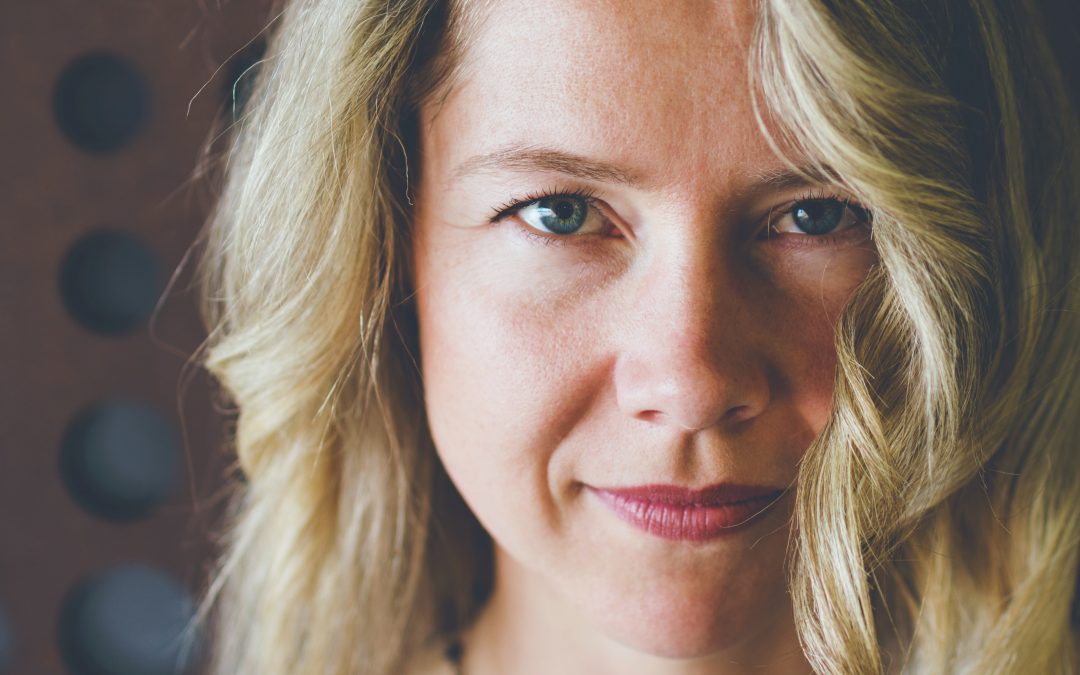 My adoption was in the works before I was born. My adoptive parents had been married about 9 years and had been unable to get pregnant. My adoptive mother wanted nothing more than to be a mom. My bio-mother was married, but had been intimate with another woman’s husband. Bio-mom experienced the social shunning that was common in the early 60’s, including being rejected by her own mother. She had a daughter from her first marriage, four years older than myself, and her husband was in the process of trying to separate himself and their daughter from my mother. A story of stealing my older sister back and forth unfolded, sending my bio-mother into a suicidal state. In the meantime she had met my bio-father and I was conceived.

Bio-mom put herself in a mental ward for about three weeks because she was feeling suicidal. That is where she found out that she was pregnant with me. She was separated from her husband and ended up living with another man and apparently that was an intimate relationship also because she told me in a letter that she was thinking about marrying him but found out he was cheating on her. During that time she finished her high school education. Shortly after the breakup with her “common-law” husband she married again and I have a brother, four years younger than myself, from that marriage. But, she wasn’t done yet. Her husbands were all abusive and though she stayed married with my younger brother’s father for somewhere between 16 and 20 years, it ended in divorce. Three days after the divorce, from my brother’s father, according to marriage records on Ancestry.com, she remarried and stayed with that man until he passed away in 2003.

Somehow, the doctor that both my bio-mom and adoptive mom were seeing got a hold of information about my biological parents. It contained bio-mom’s birthday, name and state of birth. With that I was able to get a copy of her birth certificate. From there I started writing letters to people in her birth state who had the same surname. I connected with a cousin who had bio-mom’s address. I wrote to her. I will never forget our first conversation on the telephone. The first thing she said was “Who are you and what do you want with me?,” in a tone that was clearly aggressive. My heart sunk but I stuck with it and she softened before we hung up the telephone. I told her things only her biological, given-up-for-adoption daughter could tell her, because she had been so secretive about her “mistake.” I knew my bio-father’s last name and a description of him.

From there I was able to find my paternal biological family. They were shocked to find out that their father had been unfaithful. The one bio-half brother which has been communicative with me said that given their father’s propensity to go “walk-about,” leaving them with no money and nothing to eat, he shouldn’t have been surprised to find out his father had had an affair. I was able to provide enough information, most of it given to me by my bio-mom, to at least convince the half brother to do a DNA test with me. The paternal family just couldn’t wrap their minds around this and were very skeptical, even fearful, that I was some kind of scammer. The DNA test proved that my half brother and I were half-sibs. The test gave a 99.98% probability that we shared the same father. From there I was able to meet one other brother and speak with one on the phone. The sisters never seemed to be interested in contact with me, one especially because she’s only a few months older or younger than I am.

My adoption was never kept a secret. I was cherished by my adoptive mother and completely accepted by her family. My adoptive dad had some issues – he wasn’t very mature – and I believe now that he may have had a mental illness, possibly manic depressive, but also possibly a personality disorder. Anyhow, back to the adoption. Because of the information that my adoptive mother had, which was sort of mixed up but close to accurate in this regard, I knew that I was part Native American. I was under the impression that I was 1/16 Cherokee because my bio-mom thought she was 1/8 Cherokee. Researching through Ancestry.com has not found any Native DNA on my maternal side descending from the supposed Cherokee relative. But what was not in my adoptive mom’s notes was that my father was 1/16 Chickasaw. So, the identity thing for me was this: I was part Native American. It was something that I thought gave me identity, uniqueness, and some sort of value. I clung to that because it was all I had to define my genetic history. It became inordinately important to me though I had no documentation or “proof” of it.

So, after meeting my bio-half brother and finding out that he and all of his full sibs have their citizenship with the Chickasaw Nation, I set out to obtain mine as well. This is something that needs to change in our legal system and Social Services systems: Adult adopted children need to have easier access to their birth records. I am not sure how to do this in a way that is fair and safe to all parties concerned, but in this day and age it is ridiculous to be so tight with the records. The state where I was born and raised has eased their restrictions but because I was born before a certain date, my records are still sealed. This has been in process for over three years now and it’s all ridiculous because I already have contact with my bio-family. But that doesn’t satisfy the BIA or the Chickasaws: they want “official,” and court documentation. And, though another DNA test through a private lab not recognized, and through Ancestry.com, has pegged my half-brother and I as siblings, that doesn’t satisfy the BIA or the Chickasaws.

The birth records are one issue that I have had to deal with as an adoptee. Now I will address the perspective of a child who has experienced divorced parents. As I have said, my adoptive dad had some sort of issues. He was prone to not coming home for days at a time. I grew up believing that it was normal for dads to stay at work when they had a lot of work to do. That was what I was told. Dad was not as reliable a provider as my mom would have liked. She finally couldn’t take it any longer and decided divorce was the only answer to her problems. After 19 years of marriage, and Dad taking off repeatedly, they were divorced right before my 9th birthday. About a year later Mom married again. She admitted to a dear friend of hers that besides the financial security she was seeking, she was probably more attracted to my stepdad physically than anything else. I grant this, being female myself, that women are extremely interested in security, especially when they have children. My adoptive mom got pregnant a couple of months after I was born. The boy had a difficult birth and then grew up to have a learning disability and behavioral problems. My mom, God bless her, dutifully and heroically took care of him. My adoptive brother was one crisis after another as I grew up. So, mom was really motivated to find a husband with good health insurance. She found that in my stepdad. But stepdad had issues as well. Because he is still living, going to be 92 this year, I will limit what I have to say about him but I can say without hesitation that I would have preferred my flaky adoptive dad. There was no affection or affirmation of my worth with my stepdad, and a fair bit of bullying as well. Anyhow, that lasted about a year. Mom divorced him. Brought Dad back in for a couple of years. By then my adoptive brother was having seizures and was simply not able to go to school. The behavior problems were morphing into something like schizophrenia. Mom had a choice to make and it wasn’t for her own benefit, it had to do with my brother’s benefit. She kicked Dad out and started back up with my stepdad. There’s a lot more to the story but this is the highlight of it. Mom eventually remarried my stepdad, and they stayed married until she passed in 2011. But it wasn’t a happy marriage for her and she regretted ever kicking Dad out the second time because he had grown up by then. But he couldn’t provide the financial security that stepdad did and Mom was determined to make sure that my brother had what he needed in the way of medical care.

Can I fault her for that? No. But the reality is that both my adoptive dad, and I, suffered. I experienced so much healing while dad was living with us in-between the marriages to my stepdad. I was devastated when mom kicked him out, like I was when it was explained to me as an 8 year old that Daddy wasn’t going to be living with us anymore because Mom and Dad were permanently separating with this thing called a divorce. I was 13 years old when Dad left the second time. Bad timing. Is it any surprise that I deal with depression?

So what do we do with this? We acknowledge the truth that children need a married biological mother and father for optimal conditions to grow and mature in. It’s hard to achieve in reality but it is ideal. My husband and I will soon be married 31 years. It hasn’t always been easy but we stayed together because we believe it is God’s will, first, and because it is what is best not just for our children but for society as a whole. Our two daughters have excelled in school, completed college at the top of their classes, and are living independently. They don’t do drugs, they aren’t sleeping around. They aren’t heavy drinkers. The younger daughter broke my heart by living with her boyfriend but he is really the only serious relationship she has had. I approve of the young man and hope they get married someday. Our kids are okay. We aren’t perfect parents but our kids made it through with very little regrets and hard lessons. It has been worth it to put my selfish desires aside in order to see my kids succeed. They both see the value of their parents having stayed married because they see what a mess their classmates are who had parents which didn’t stay married, or have had multiple partners.

Instead of educating our society about the benefits of raising children in one marriage, our society is worshipping adult self-indulgence. It is shameful and frightening because it can only bring regrets. I’m grateful to know that something is being done to bring attention to this problem.