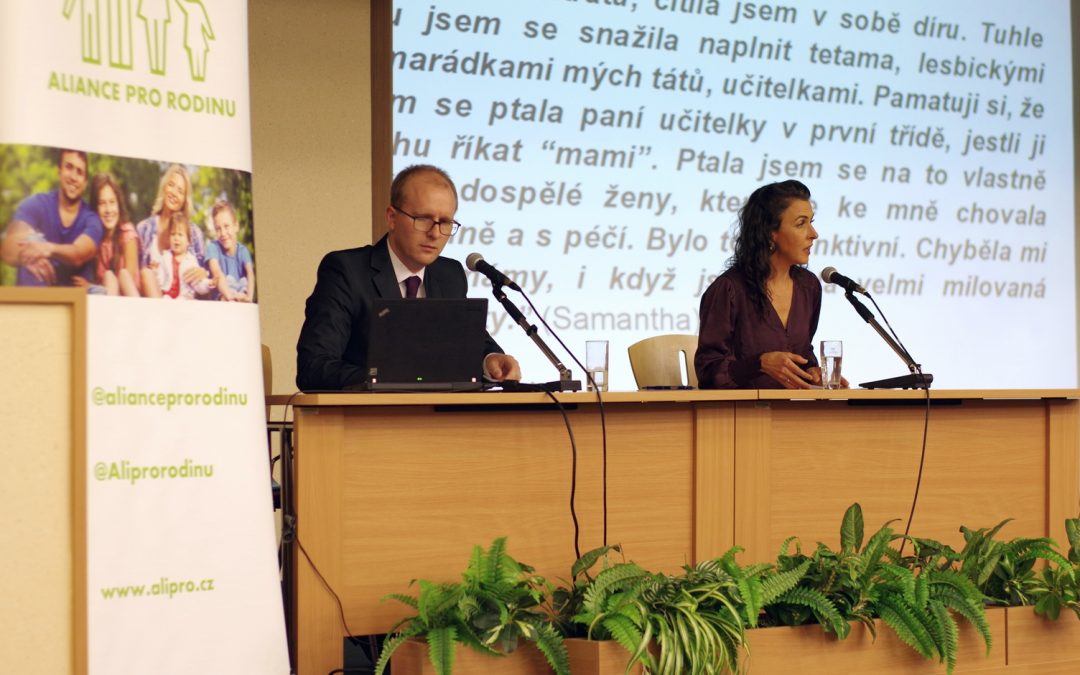 In September 2021, Them Before Us landed in the Czech Republic, which has been battling against efforts to redefine the family. With the help of skilled interpreters, TBU founder Katy Faust spoke in four cities – Prague, Brno, Zlin, and Ostrava. You can watch her Prague speech here.

Them Before Us got massive media exposure.  Katy was interviewed on Czech CNN, and received extensive coverage in several national publications including the Epoch Times, Info.CZ, and Echo Prime.

Currently, Czech law doesn´t recognize same-sex marriage. But LGBTIQ+ activists are applying extreme pressure on our policy makers. As a result, earlier this year, members of Parliament were poised to redefine the family. We invited Katy Faust to visit before our September 2021 elections. Katy’s one week tour around our country, and appearance in various national media outlets had a huge impact. Her resolve in defending children’s rights paired with warmth toward the gay community is an example for every pro-family person and organisation. We believe her presence motivated many to cast their ballots for pro-family politicians, who claimed more seats in our government!

Esther attended the Them Before Us event in Ostrava.

I loved the atmosphere and how Katy approached the topic. Stories of kids raised by same-sex couples touched me deeply. I never really thought about the devastating impact of a missing parent in a child’s life, or when they grow up in a family where there isn’t a father or mother. I was encouraged by Katy´s advocacy for children’s rights, which should be always raised above desires of adults. I am thankful for Them Before Us which fight for the right things!

Milan Kajínek, who runs the Epoch Times in Prague, shared,

Mrs. Faust’s talk was very important for us. She helped us look on the topic of same-sex marriage and same-sex adoptions from different point of view, by sharing the real life experiences of kids brought up in these families. She helped us develop strong and deep pro-child arguments. I have widely recommended her talk to people on both sides of this debate.

Thank you for supporting our global children’s rights movement!