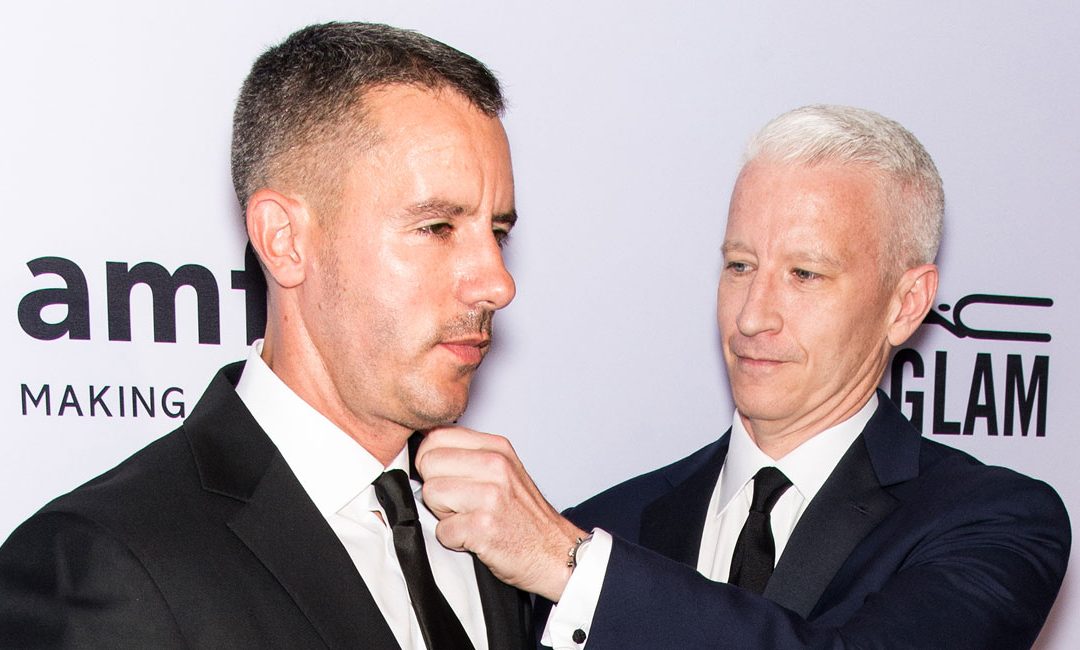 Originally published at The Daily Signal

When it comes to motherhood, our cultural stream produces both salt water and fresh water: We declare mothers to be irreplaceable in one breath, and say that mothers are completely optional in the next.

While the nation was busy purchasing $26.7 billion in Mother’s Day gifts, some were celebrating the birth of an intentionally motherless child.

After CNN anchor Anderson Cooper’s on-air announcement May 1 that he had become a father through surrogacy, #AndersonCooper trended on Twitter as congratulations poured in.

Cooper said Wednesday on “The Late Show With Stephen Colbert” that he would “co-parent” his newborn son with nightclub owner Benjamin Maisani, his former partner.

Mothers Matter, Except When They Don’t

In America in 2020, mothers either are our first intimate relationship, the woman whose voice soothed us in and out of the womb, and the body in which we were knit together … or she is just an “oven” for someone else’s bun.

Mothers either are the person from whom we get our quirky smile, our curly hair, or our Mediterranean complexion, and the woman we are growing to resemble … or she’s just No. 11365C in the egg donor catalog.

Mothers either are the person to whom we ran when we skinned our knee, the woman who helped us make sense of our breakup in middle school, the woman who showed us how awesome womanhood was going to be, and the woman who made any house we were in our home … or she purposefully can be excluded from the life of a child in the name of  “equality.”

The women worthy of a national holiday due to their critical, irreplaceable role in our lives in surrogacy will be spliced into thirds—birth mother, genetic mother, and social mother—so commissioning parents can select, a la carte, which, if any, of these mothers they want to keep.

Commissioning parents who are heterosexual may supply both male and female gamete and need only secure the services of a birth mother. Other couples or single women may seek both a donor egg and birth mother, but intend to provide a social mother. Single or gay men need to procure a genetic mother and a birth mother, and have decided that a social mother isn’t necessary at all.

But when we look at motherhood from the child’s perspective, we see that losing any of these mothers inflicts lifelong harm.

Even if a surrogate child is raised by the woman (social mother) who contributed the egg (genetic mother), the baby still will experience the trauma of losing the only person she knows the day she’s born—her birth mother.

We don’t immediately place newborns on the chests of random women so they can forge a bond. We place them on their mother’s chest because they have an existing bond. Surrogacy purposefully severs that bond.

Surrogate-born children will experience the same long-term harm of maternal separation as adoptees do, known as the primal wound often resulting in depression, abandonment and loss issues, and emotional complications throughout their lives.

Despite the fact that adopted children tend to be raised in homes with above-average incomes and more highly educated parents, they still have more academic and behavioral challenges than their peers raised by married, biological parents.

One surrogate-born man describes his primal wound this way:

Something horrible happened to us at birth. We lost our mothers. They did not die, but they might as well have been dead because we lost them in the capacity of mother, and to a tiny baby, that feels like death. They are all we ever knew and suddenly, they were gone …

That makes us feel very rejected. That leaves a hole in our hearts whether we admit to it or it manifests some other way like in depression or a fear of getting close to someone else. Sometimes it doesn’t show up until we are in our teens or [are] young adults, and like me sometimes it shows up as a baby when I scream my head off for six weeks and they call it colic. They call it stomach gas or an immature neurological system.

Nothing can console us. … I wanted my mother and she wasn’t there. … You can’t just substitute mothers and expect us to be OK with it.

Some children of surrogacy will need to heal from their primal wound while also struggling to identify their reflection in the mirror, known as genealogical bewilderment.

These surrogate-born children have been separated from both their birth mother and their genetic mother. Even though these kids have a mother in their home, like two-thirds of other donor-conceived children, they feel that their egg donor mother is “half of who I am.”

They probably will follow the lead of other children conceived via sperm and egg donation and someday embark on an internet quest to track down this parent to whom they have a natural right. As these kids grow, they likely will fantasize about this woman who contributed half of their genetic identities.

Kids such as this egg donor-conceived woman, who explains:

Every day I wonder about my biological mom. Does she wonder about me? Do we look similar? Do we have similar personalities, likes, and dislikes?

That barely scratches the surface. I cannot put into words the pain of not knowing who my biological mother is and not being able to have/have had a relationship with her. I really do think about this at least once a day, and it is deeply mentally, emotionally, and psychologically troubling.

Decades of social science tells us that mothers and fathers offer distinct and complementary benefits to child-rearing. Kids not only benefit from having a representative of both halves of humanity in their home, they also crave the love and affection of a male and female parent.  When kids are denied that distinct maternal love, they often experience mother hunger no matter how well-loved they are by their father(s).

Samantha describes her longing for a mother like this:

My formative years were almost entirely devoid of women. I didn’t even know that there was such a thing as a mother until I watched ‘The Land Before Time’ at school. My 5-year-old brain could not understand why I didn’t have the mom that I suddenly desperately wanted. I felt the loss. I felt the hole.

As I grew, I tried to fill that hole with aunts, my dads’ lesbian friends and teachers. I remember asking my first-grade teacher if I could call her mom. I asked that question of any woman who showed me any amount of love and affection.

It was instinctive. I craved a mother’s love even though I was well-loved by my two gay dads.

Although surrogacy dispenses with each of these mothers on an as-desired basis, children naturally need all three.

Each mother offers something that children need, and indeed, have a right to. If we want to spare children the pain of the primal wound, genealogical bewilderment, and mother hunger, we will oppose surrogacy and insist that, except in tragic cases, all three mothers reside in the same woman.

That’s probably the woman for whom you have gone all out to celebrate this weekend, knowing that you simply wouldn’t be the same person without her.