The White Paper- Who We Are and Why We Exist 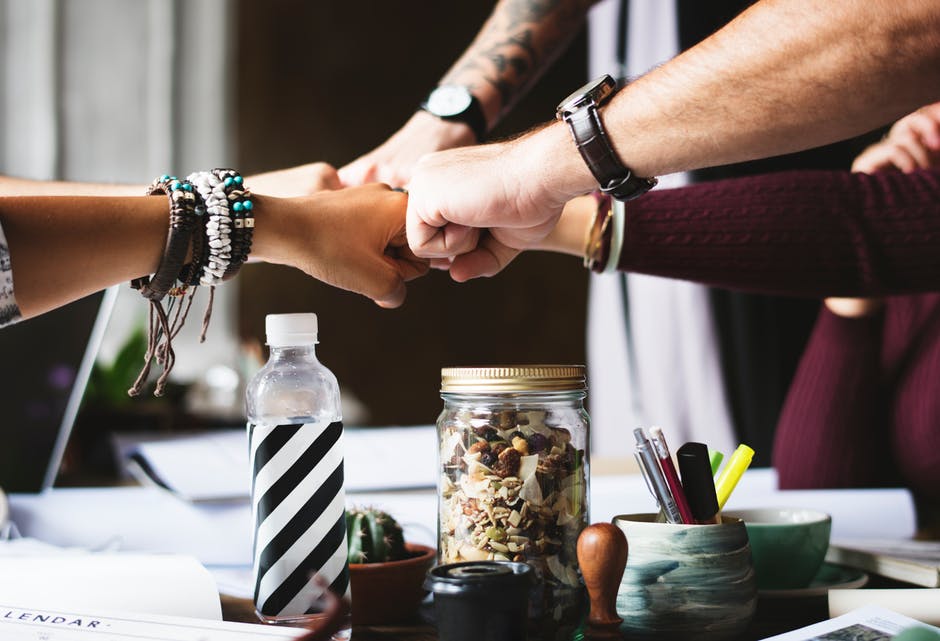 We Can Mend Our Society by Defending Children’s Rights. It’s that simple.

No one- neither liberals concerned with social justice, nor conservatives who want small government, nor children who are made for their mother and father’s love- gets what they want until we defend the rights of every child.  The only solution is a global movement of ordinary people across the political spectrum who put Them (children) before Us (adults).

The Problem at the Source of All Our Problems

America’s children are emotionally starving. Studies show, and the stories of children reveal, that there are three foundational elements in a child’s social/emotional diet- stability, the love of their mother, and the love of their father.  Children who are denied one or more of these staples are at greater risk of a myriad of social ills throughout their lives. Their physical, mental, emotional, and relational health are compromised.

Each decade, fewer children reach adulthood properly nourished by these critical emotional staples.  Not only does this break the heart of children, it also contributes to the most pressing national social issues.  Consider the impact of the absent father a plague visited on 43% of America’s children:

When the family breaks down, the State becomes its sorry replacement. Welfare offers financial provision that children with intact homes seldom require, government funded daycare is needed to help

overburdened single mothers, demand for homeless shelters outpace the state’s ability to construct them, law enforcement provides boundaries once supplied by fathers, demands on teachers and school counselors increase as emotionally-starved students are disproportionately diagnosed with behavioral issues, local governments scramble to find stable homes for foster children who almost always come from fatherless homes.  And despite the swelling government programs and soaring costs, still our children are floundering. Because no matter how much money government spends, the State cannot love a child.

The bottom line: When we fail to emotionally nourish our children, there is no hope of solving our most pressing social problems.

How Did We Get Here? 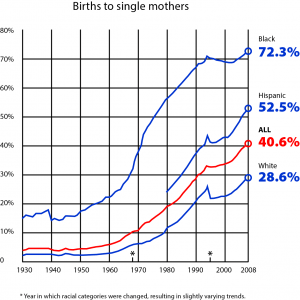 In 1960, only 5% of children in this country began life without all three emotional staples.  Today, that number has soared to 40%, with black and Hispanic children at greatest risk of emotional malnourishment. Not coincidentally, in 1960 we had far fewer prisons, higher graduation rates, lower suicide rates,  bettermental health, less homelessness, less drug use and fewer mass shootings. But a lot has changed, both culturally and legally since 1960.

The result is that, both culturally and in law, children are increasingly viewed as objects of rights rather than  subjects of rights, something which adults are “owed” regardless of the cost to the child.

The Solution is to Defend the Rights of Children

There is no shortage of organizations advancing good ideas and policy when it comes to marriage and family.  Yet none have succeeded in transforming either culture or law. Because those organizations fall into the same trap as everyone else- they focus on adults.

The language used in many of these debates revolve around adults’ “rights” which is often just code for “something that I really want.” A right to marry. A right to parenthood.  A right to procreate.

But when it comes to family, children have rights too. In fact, the rights of children are more widely recognized than those of adults, with the exception of an adult’s right to their own biological child.

In family matters, children have a natural right to a relationship with their biological mother and biological father whenever possible. The United Nations enshrined this childhood right in their Convention on the Rights of the Child—the most widely ratified human rights treaty in history.

Because they have a right to both biological parents, children are not items to be cut and pasted into just any romantic adult arrangement. They are not commodities who can be shuffled between adults without a cost.  When we treat them as such, it is an act of injustice.

Children are vulnerable individuals who deserve to have their inherent rights respected and protected by the only people in society powerful enough to uphold those rights – adults. Much of a child’s successful launch into adulthood depends on whether or not the foundational right to both biological parents is respected.  That’s why personal decisions around marriage and family, as well as public policy, must respect these critical child rights.

There are situations, such as abuse and neglect, where it is necessary to remove a child from the home of a biological parent(s).  However, that reality does not negate the fact that biological parents are statistically the safest adults in a child’s life. When parental rights are terminated, the child often experiences lifelong loss even if they are subsequently adopted by loving parents.

While many adults face struggle and loss related to family and reproduction, the real victims of the marriage and family battle are children.  Whether it be advances in the fertility industry, redefining marriage or listing intended parents on a child’s birth certificate, victories for Us (adults) often cost Them (children) their fundamental rights.

What Happens When We Defend The Rights of Children?

We solve the most pressing social issues of our day.

If every child was being raised in the home of their mother and father, we would see massive improvements in every major social ill that our nation is facing.  In fact, it is safe to say that there will be no meaningful progress in any area of social justice until we first secure justice for the individual child.

Answers to questions about marriage and family become clear.

When we have a child-centric view of family structure, the major questions around family and fertility solve themselves:

When we begin with the rights and needs of children and work upward, good policy and responsible decision making is the natural outcome.

We Must Start a Global Children’s Rights Movement

The forces that seek to undermine children’s rights are global.  The response must be global as well. The good news is that, regardless of whether you live in Indiana or Italy, we share one commonality- everyone comes from a man and woman and longs to be known and loved by that man and woman.  It’s a cause with universal appeal because despite different ages, language, nationalities, sexualities, marital status, classes, and creeds we all understand that (whether they were present or absent) our own mother and father were not optional.  Our laws should not pretend that they are.

Increasingly, academia, the media, and local and federal governments are siding with the desires of adults.  So the task of defending children has fallen to ordinary people.

The good news is that there are already thousands of ordinary people who want to join the fight.  We just need to bring them together.

Them Before Us – Doing What Has Never Been Done

Them Before Us exists to advance social policies that encourage adults to actively respect the rights of children rather than expecting children to sacrifice their fundamental rights for the sake of adult desires. We aim to equip all adults to defend the rights of all children.

in discussions about divorce or the billion-dollar fertility industry often used by heterosexuals to deprive children of half their genetic identity.  Who wants to listen to defenders of children’s rights who only defend the rights of certain children? We sure don’t. Turns out the next generation doesn’t either. Them Before Us supports any adult (gay or straight) who is sacrificing for children. Conversely, we have no tolerance for any adult (gay or straight) who expects children to sacrifice for them.

Empowering children to tell their own story.

Them Before Us gives (adult) children a platform to tell their story. Our story bank reveals the faces of those who are hit hardest by non-marital childbearing, who are the casualties of no-fault divorce and the redefinition of marriage, or who are intentionally subjected to motherlessness or fatherlessness through reproductive technologies – the children. Their stories reveal the life-long implications for children when adult desire is prioritized over child rights. Rather than being against adults, the stories of children give us someone to fight for.

The next generation doesn’t just want information.  They want connection. Them Before Us uses video, podcasts, social media, workshops and the written word to connect with and inspire ordinary people to become children’s rights advocates.  They see and hear not only the stories of kids, but the humanity of ordinary people who are leading this moment. Whether through Instagram or Interviews, the message is clear- if you are defending children, you are one of Us.

This will not be a movement that pits gays against straights, or Christians against Atheists.  It’s one where all concerned adults defend the rights of all children. Them Before Us leaders and ambassadors already include the deeply religious, the wholly secular, single, married, gay, and straight advocates for children. For despite our different religions, nations of origin, ages, marital status, sexual orientations, and race, we all have one thing in common: we came from a man and woman.  And we all agree that knowing and loving, and being known and loved by, the man and woman who gave us life is a matter of fundamental justice for every child.

Children need Us to defend Them.

Leave a Reply to B Cancel reply