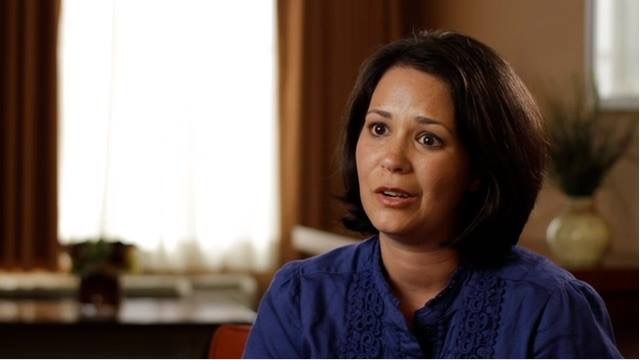 Just a couple of weeks after my 32nd birthday, I found out that my parents used a sperm donor to conceive me.

That was 8 years ago.

As soon as my mother said the words, “your dad may not be your real dad,” several things happened at once: suddenly my nose, which was unlike anyone else’s in the family, made sense; the questions that I had about why I didn’t look like anyone in the family were finally answered; and oh yeah, I fell headlong into a dark pit of depression, unlike anything I’d ever experienced before. I felt as though every memory that I had of my dad – my mother’s husband – was tainted by the fact that he knew something about me that I didn’t know about myself.

Did he *really* love me? I was a “good” kid, but I knew that there were moments that I brought frustration into his life – did he chalk it up to me being someone else’s kid?

I realized that his family history no longer belonged to me. His dad, the cowboy, wasn’t mine. His mother, who eventually lived to be 100 years old, didn’t pass down her good genes. On the other hand, I didn’t inherit my dad’s genes, either, and since the time I found out the truth, he was several years into a terrible disease that eventually took his life, I was thankful for that one small positive thing.

I spent about six weeks mourning the loss of biological connection to my dad. I’m not sure how I survived that season, honestly. I couldn’t take care of our young children beyond the basic necessities, and I had to be reminded to take care of those things. My mind and heart were in a dark place, where nothing seemed to be true and stable. I felt as though the foundation of who I was had cracked and I no longer knew who I was. By the grace of God, those feelings passed, but there were days when it felt like it never would.

After the shock of “losing” my dad, I realized that there was a man out there who I did look like who fathered me. I then began to mourn the loss of a man who I never even knew existed until a few weeks earlier.

Do you know how odd that is?

Who was he? Did he ever think about me? How many times did he “donate”? Did he have children that he raised? Was he even still alive? Did I have other “donor” conceived siblings out there?

Just a couple of months into this new reality, I began to grapple with the ethics of “donor” conception. Was it right to father children and sign away all parental rights for $40? Was it right to create a person who would be intentionally cut off from their biological family? Do the intended parent’s desire for a child justify the upheaval of the child’s life? Is it possible that the incredible desire to have a baby could cloud judgment to the point that one cannot think about how their actions could negatively affect the very person they desire to have?

After months of studying and reading and praying and thinking through every aspect of what it means to create a family and how the fertility industry creates children for those who can pay for them, I came to the conclusion that the mere fact that the term “fertility industry” indicates that there is a product, and people are not products. Children are a gift from God to a married couple to raise and to provide for. Life doesn’t always work out that way, but to skew and warp that concept on purpose is to create chaos.

I’ve had many people tell me that I should just be thankful for my life and stop being ungrateful to my parents who wanted me so much. Calling my conception unethical in no way devalues the fact that I am glad to be alive. Children who are conceived in rape can be glad to be alive and still abhor rape. As for the idea that my parents “wanted me so much,” that isn’t quite accurate: my parents actually wanted a child that came from BOTH of them, hence the 14 years of trying. Using someone else’s gametes wasn’t part of the original plan, but that’s what worked.

I love the man who raised me. He will always be my dad. He provided for me, loved me, and sacrificed for me. Yet despite my sweet childhood, I am adamantly against “donor” conception.

Leave a Reply to Mrs B Cancel reply