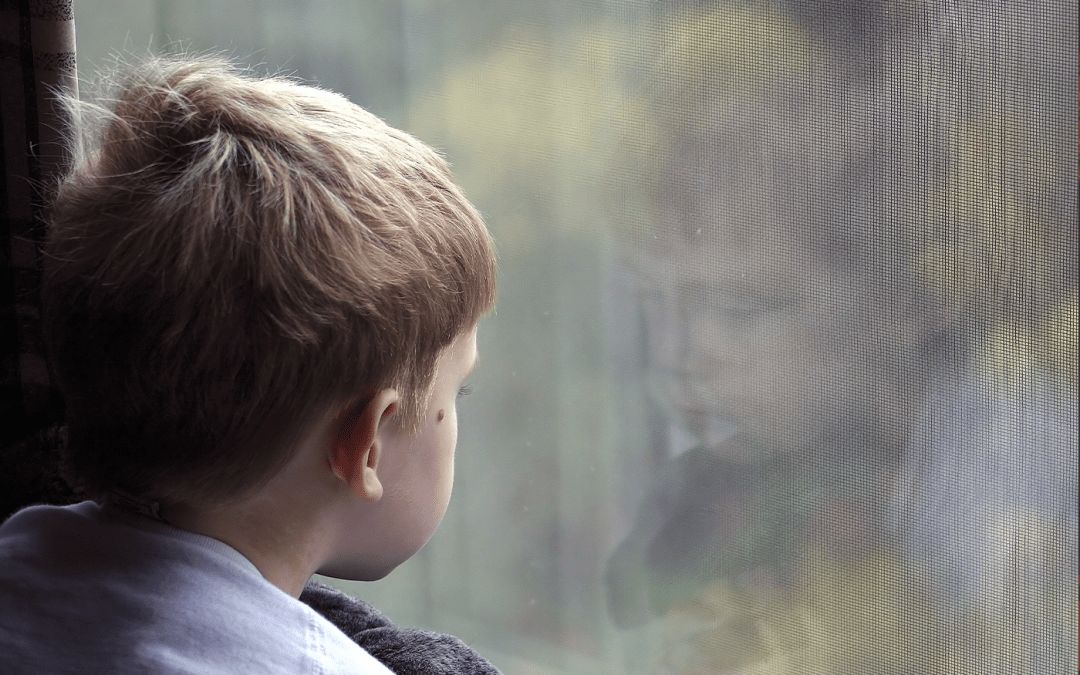 It’s such a vivid memory.

One day, when I was about fourteen, I was riding in the car with my dad, and we were talking about ancestry. I was very curious about my roots. When I asked him what percentage Cherokee we were, he gave an odd response.

The lack of confirmation of my own genetics left me uncomfortable, so I repeated my statement. Again, my dad refused to confirm my heritage.

My brother and sister-in-law call these flashbulb memories. They are times that stand out from our past, which are resurrected now because they distinctly reveal moments when we noticed something was “off” about our relationship to our dad. It’s not that he wasn’t a good man or didn’t try his best, but there were moments that gave us clues we were not his natural children. And yet, back then, how could we have known?

These moments make sense in light of what we learned later about our conception. Whether it was flashbulb memories or seeing an ultrasound of his first child, my brother finally and clearly asked our dad how he was conceived. The truth came out.

I distinctly remember that moment the week of Thanksgiving seven years ago. My mom and dad sat me down for a family talk to tell me I was donor-conceived.

I had heard about the practice during college, and my first thoughts—before knowing my own story—had been uneasy ones. A brief question of whether the practice was ethical entered my mind at the time, but I shrugged and tried not to think any more about it, because it felt eerie and otherworldly. It also, at that time, didn’t apply to me.

I think this detached reaction to donor conception was a natural response. But once I was told about my own conception, it took a while for me to return to those feelings. The shock was too much. I felt as if a burden had been placed on my shoulders that shouldn’t have been there; it shouldn’t have been my burden that my parents could not have children together. I felt as if I had suddenly become the adult in my family—or perhaps I had been for a long time, bearing their burdens for them, and now learning to cope with the consequences.

The Burden of the Donor-Conceived

I’ve seen other people experience the first-instinct sense of eeriness, too. One woman said in a Facebook group, “I’m thinking of being an egg donor! I used to see it as giving away my child, but then I had infertile friends, and now I want to do what I can to help them.” I remember saying something to the effect, It IS giving away your child. It was clear to me that her empathy had clouded her judgment. To me, someone who’s a direct result of the empathy she expresses, her sentiment seems one-sided; and it is unfortunately common.

As she suggests, infertility is a burden. I know it well. This is not through any problems with my own fertility, but from the circumstances surrounding my conception. Hiring a stranger to have a child, through the sanitizing, third-party arrangements of hospitals and fertility centers, only whitewashes the truth. As a “donor,” you are intentionally separating your child from his or her father or mother in the most formative years of life, whether for money or for altruistic intentions. You are entrusting your child to the hands of people unknown to your baby. This is not in keeping with the protective nature of parenting. This makes donor conception unlike adoption, in which adults are trying to remedy a situation for a child in need by providing a stable home life, even though that home life is separated from their biological relatives.

When you are donor-conceived, on a biological level, half of you (or all of you, depending on the type of donation) is entirely unknown to the unrelated people who are raising you. This causes some practical difficulties. For one, children strive to be like their parents. There’s something about copying them, absorbing everything they do, that helps children make sense of the world. When you’re related to those who are raising you, this makes a lot of sense. You either find a distaste for your elders and decide to go down a different path, or you can see how they operate as a guide to what your future could look like. Have you ever met families who own a business together? Or lawyers, doctors, or professors who have children in similar fields?

For one who is donor-conceived or adopted, this need for a parental role model is left unsatisfied; and it’s frustrating as a child (and now as an adult) to still have these patterns of behavior, while desperately searching for answers to who I am. My donor-conceived friends and I have felt as if we are trying hard to please the parent we’re unrelated to more than the other one. I don’t think my dad (social father) expects this of me. But I feel that pressure just by nature of the type of fulfillment I naturally seek from a father.

Whereas open adoption has become the norm, so that adoptees are better able to find their birth parents, donor-conceived children—especially when the donor is anonymous—can have a difficult time finding their family. If the family is found, often they are not open to their sperm-donor children, considering that, first, there may be many of them, and, second, that donors assume because of their anonymous status that they are off the grid, and they don’t want responsibility for their actions. Additionally, the donor may be married and have a spouse who wants nothing to do with his or her children who are borne by someone else. Those children carry a threat to the donor’s established family, and perhaps the spouse may feel left out. From the donors’ perspective, they might be afraid, not of the child in question, but of interfering with the family they promised to help conceive anonymously. Similarly, I know I have to be careful not to leave my dad (who raised me) out of the loop. I think it puts him in an odd situation to be the only family member not blood-related. Which leads me to another point: it affects him, too. How would you feel if you were the only one in your family without genetic ties to everyone else? It’s a lonely position.

After that Thanksgiving revelation seven years ago, my brother set to work to find our biological father. Because children of sperm-donors have no legal rights to know their natural origins, it wasn’t an easy process to track him down. Indeed, it took my brother five years. But meeting my birth father last year made the journey worth it.

Meeting my father gave me a light that had been missing. I’ve been able to start piecing myself together and making sense of parts of me that previously had no place. For example, I have often been teased for how I psychoanalyze people. My way of thinking gave me a knack for helping my married and unmarried friends in their relationships. It led me to wonder how a twenty-five-year-old woman could have enough insight that married couples would joke that I was their amateur counselor.

Well, it turns out my father is a psychiatrist. He has this natural bent, too. I was so happy to hear this, and to discover his interest in analyzing people throughout his life. I wondered if I missed the boat by not joining that profession, because I can tell he really enjoyed it.

In meeting him, I felt fulfilled by the similarities in our personalities and in our ways of relating to the world. When I speak with him, his first instinct is to invest in me, his daughter; to hear me out; and to give me good advice that he’s learned from living with similar tendencies, for better or for worse. He understands me in the way that satisfies my soul, and I’m learning a lot about listening to others now that my need for a relationship with him is being met. He also overshares, and so do my brother and I. He renovates houses and restores them, as does my brother, who came to this interest on his own before meeting our father.

We’re built like him. We’re made of the same materials.

If I could, I would recount each way in which I feel more fulfilled since getting to know him. I appreciate the luxury of these feelings, because I can’t take them for granted.