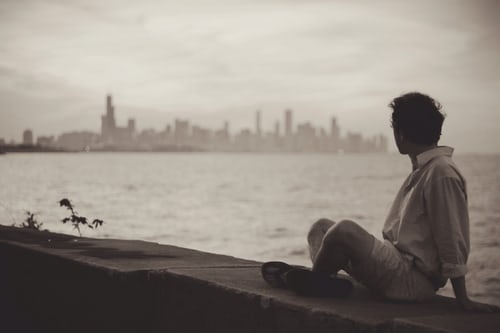 The world around us screams that we must accept – and even celebrate – homosexuality in all its varying perverse forms. We should glorify state-sanctioned same-sex liaisons as though they were actually real marriages, and we should tolerate mentally-ill men in dresses following our wives and daughters into the locker room. This is all as it should be, we’re assured. Except that this is NOT as it should be! I know, because I’ve seen the ugliness of untreated Gender Dysphoria up close and personal.

I suppose I should start at the beginning, with my mother; my mother got pregnant with me when she was fifteen. She continued to live with her physically/sexually abusive parents until I was two, and then she moved out and began dating Marvin. They married fairly quickly, and Marvin legally adopted me (at my mother’s urging) when I was four.

I am reasonably certain that my mother has a Narcissistic Personality Disorder, although I’m not a psychologist and my opinion comes purely from my own research. What I know for certain is that she exists only to control and manipulate others, and it is impossible to talk about Marvin without starting by first talking about her. I am estranged from both Marvin and my mother now; she was an abusive parent, and he a neglectful and disinterested one. My mother chose him only because he seemed fairly passive, of this I am certain; he struck her as someone that she could manipulate.

Marvin… turned out to have Gender Dysphoria. (The pop-culture term for his disorder is ‘gay,’ which sounds much less alarming).

It’s funny how we all remember things from our childhoods, but we can’t put the puzzle pieces together until we are much older, when the corners of that puzzle finally fall into place and give us a framework within which we can make sense of our memories. I suspect it works this way for everyone; it certainly did for me.

My mother has always told me that my biological father was a hopeless drunk, and that she kicked him out of my life over his drinking. This may be true, and then again it may not; my mother is a pathological liar. Maybe my father was actually a drunk, or maybe my mother just thought of Marvin as a better prospect for fulfilling the ‘Walton Family’ fantasy to which she felt she was entitled. In any case, families like mine often end up like the Manson Family, in which emotionally shattered parents try to create their delusion of the perfect family; they stubbornly persist in their endeavors, despite the fact that all they know is how to create a grotesque parody of a family.

My parents fought endlessly when I was young. Marvin would snap into fits of shouting rage, during which he’d break everything in the house; I remember him once shattering a fish-tank, and callously walking out as our fish flopped painfully to death on the carpet. My mother, regardless of whether she was the victim or instigator of such fights, would brutally savage Marvin with her sadistic words. (Words are – and have always been – her preferred weapon; my mother is nothing if not the Queen of Verbal Abuse!) Her counter-attacks, of course, only served to enrage Marvin further, and back and forth they’d go. In the meantime their three children (Marvin fathered two sons) would cower in terror. We all grew up walking on eggshells, and we also learned to mimic our parents’ behavior by turning upon and manipulating one another. At this I was certainly the worst offender, being the oldest child and thus my parent’s most adept pupil.

Marvin was never at home if he could help it; he would often stay out late ‘working overtime.’ Only decades later would I learn that he would use his shop as a makeshift runway, in which he would dress in drag and sashay around after business hours. In fact, he would usually only work hard just long enough to secure keys to his work premises, and then he’d inevitably start his perennial financial downward spiral; he was always getting ‘laid off,’ or so he said. Did his co-workers occasionally catch him at his one-man drag shows, I wonder? Was he actually ‘laid off’ once in a while, or was he just occasionally slam-out fired over his behavior?

Whenever he was at home, Marvin was always a distant parent. It was like he wasn’t… there, you know? He was just this lump on the couch that didn’t engage, didn’t interact, and didn’t care. About anyone, or anything. Ever.

I eventually grew up and moved away, but when I was in my mid-twenties I moved back home. My brothers were gone, and I needed help going through a career change. My parents and I split the rent on a house, and life seemed quiet enough for the moment. That was a relief.

Then came that fateful night, as I was typing away on my laptop…

My parents had separate bedrooms, which didn’t surprise me. The call was coming from Marvin’s room, so I went in.

There sat Marvin on his bed, dressed in a silk nightie with a stuffed top.

You know what? I wasn’t surprised; I think something in me always knew the truth about Marvin. Suddenly it made sense why Marvin never had any friends, never wanted to get close to anyone. Human closeness would inevitably shatter the illusions spawned by his (in my opinion) Dissociative Identity Disorder. He’d thrown away a family in order to indulge a fantasy version of himself, and at the end of the day it was all just a pathetic waste of time. He could have been a father, an epic man adored by his sons. But he wasn’t, not by a damn sight; he chose instead to see himself as an oh-so-glamorous woman, and for what?

Marvin defined himself by his delusional self-perception, but Perception… does not dictate Reality! And it never will. Reality just is what it is. You can try to change it, you can whine about it, but in the end Reality always wins.

And this is why I reject the idea that homosexuality/transgender-ism is ‘normal.’ I’ve known a fair few people with Gender Dysphoria over the years, and I’ve never once seen a case in which gender identity issues are the only game on the table. Gender Dysphoria is always accompanied by a veritable cornucopia of possible neuroses, from depression to addictive tendencies to (as in Marvin’s case) a flat-out delusional personality.

I am forever grateful that I had a host of strong male mentors in my life, men who loved me when they didn’t have to, men who taught me how to actually be a man. May God eternally bless Jerry, Bob, Ed, Johnny, John, Ron, and a number of other fine men who stepped up and filled the hole in my life left by Marvin.

But despite the many mentors with whom I’ve been blessed, I’m not without my scars. One thing I learned all too well from Marvin was how to shut myself off from others as though I had an internal light switch. Thanks to his own ‘internal light switch,’ Marvin’s completely alone now.

This is why stories like mine have to be told: To shine the light on what Gender Dysphoria does to families, to society. I am ashamed that I bear Marvin’s surname, a name that he has dragged through the mud. I am embarrassed that every time he goes out in drag, little children turn to their parents and ask, ‘Why is that man wearing a dress, Mommy? I thought only girls wore dresses…’ The parent is then compelled to explain concepts that no child should ever be forced into understanding. While Marvin never abused my brothers or I (nor do I believe that he was ever attracted to children), he nevertheless violates the innocence of children with his behavior today. I live half a continent away from Marvin now, far removed from his antics; trust me when I say that it’s not far enough away from him to suit my taste.

I accept that homosexuality is only one sexual sin among many. Over the years I myself have struggled with pornography, immorality, and once upon a time I even fell into adultery. And that’s my point: We shouldn’t glorify pornography, immorality, or adultery, and homosexuality is no different. Society is under no moral obligation to accept any of these destructive behaviors!