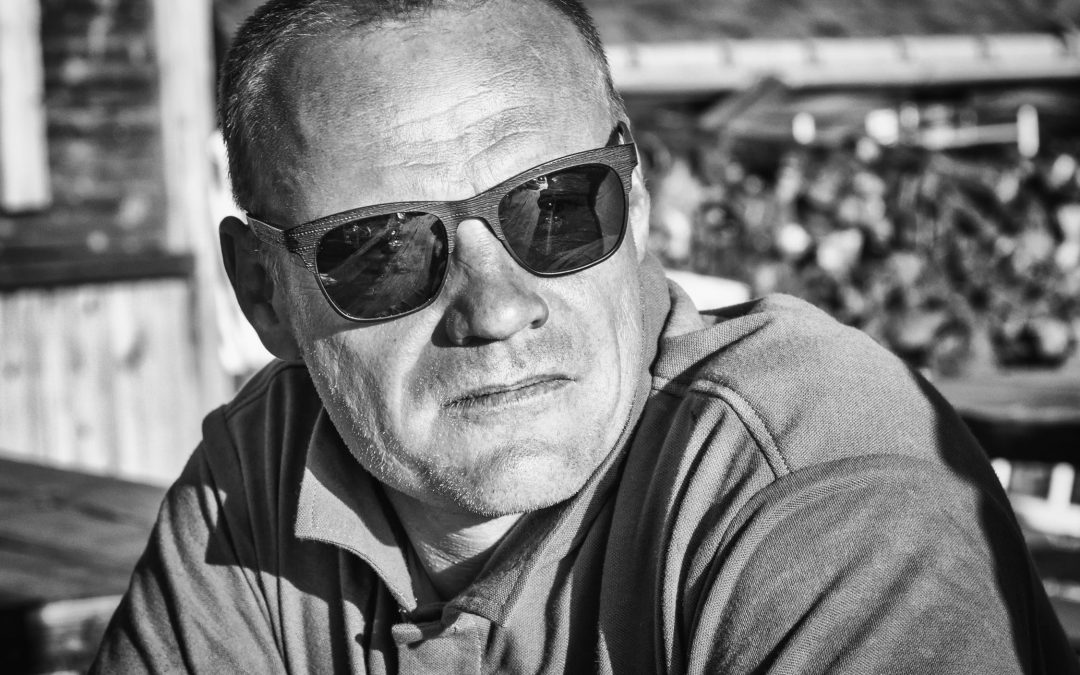 My mom and dad married in 1967.  Early on, it was clear (according to my mom) that dad was more interested in his music (big piano player) than he was in actually taking care of two little boys.  My twin brother and I would be in our cribs, crying (needing to be changed) and mom would come home from work, and dad would just be playing his piano. Mom divorced him when we were three. Over the years, my mom got remarried to a great stepdad, who has since passed away.

After the divorce, Dad moved across the street from us so my brother and I would go across the street to see him.  It was pleasant enough. But, one day, we met dad’s “friend” (lover.) He was fun enough when we were kids. But (and this is key), we didn’t *live* with him.  We didn’t move in with my dad until 1980 after my mom had moved to another house.

Once we did move in with dad and his “friend,” we had some good times,……until you ticked his friend off.  THEN, wow: would he come *unglued.* Constant sniping, and constant criticism, and **never, ever stopping arguing.** Keeping you up at night.  Constant. Every day. Weekdays. Weekends. School-time. Summertime. Holidays. You name it. And why? Because my brother and I were *competition* for my dad’s affection from his gay lover. I’m surprised I ever had any good grades at all, given the lack of sleep I had for years.

We never went to church anymore.  Given my father’s “relationship”, you can understand why.

And then it happened. It was the summer of 1982. I was asleep in my room, and I remember the door opening, and I heard it close.  I wasn’t completely awake, but not completely asleep, either. But, I then felt a hand on me; it was my father’s gay lover. “I just want to be close to you, Jeremy,” And, then, without me understanding and pretending to be asleep, the abuse happened for the first time.  It didn’t take long, but it felt like an eternity. Unfortunately, it wouldn’t be the last time. Nor would it just be my adopted “uncle”. Eventually, it happened with my father as well.

1982-1986 were a living *hell* for me, a hell that I would not wish on anyone, much less a 14 year old boy who was probably the most naive person on the planet. My life had changed in that horrible moment, and in many more horrible moments beyond that.  It didn’t stop until I right before I left for college, when I got big enough to stop them with two chairs propped up on my door.

Those four years, I was: *miserable.*  I concentrated *very* hard on my schoolwork which was tough to do. Because after the abuse would happen (usually at midnight or 1 or 2 in the morning – they always wait until you’re asleep, in my experience) I couldn’t get back to sleep very easily.  I got some pretty good grades, was in the National Honor Society, and got all As my Senior year. When you have a horrible home life, some kids collapse under it, and some just compartmentalize everything.

Fast forward to September of 1986.  I had just started college, and I met a wonderful young girl who became my wife. That first year of college and dating were fantastic.  I really had, literally, *forgotten* all of the abuse and incest.

I was and am so close to my mother.  Oddly enough (according to her) mom never “understood” that dad was gay and had a gay lover.  Believe it or not, she never put two-and-two together. When I told her years later about the abuse, she was shocked.  She just thought dad was self-absorbed and lazy. In the last couple of years, she’s admitted to me (mom is kind of indirect in how she acknowledges wrong) that she made “many mistakes” in regards to my brother and me. She didn’t have to say it.  I knew what she meant.

So, in the middle of winter my Sophomore year, I moved into my car.  I’d never been that cold in my entire life. My beard grew to look like the Robertsons in Duck Dynasty. At night I’d park somewhere where I thought I wouldn’t be found, and I’d have *just* enough heat to maybe not freeze.

Then one night, probably in May of 1989, it all came back.  I woke up and a trickle of feelings and choppy memories came forth.  Memories of shame. Memories of being touched by another man, and then one who called himself my father.  Memories of me trying to sleep but feeling ashamed. Memories of me being so angry, but putting it out of my mind.

Wave after wave after wave of *all* of the 4 years of horrid memories came back.  All of it. The tough thing is, just when I would (barely) recover from one memory, another one would come on back, and I’d cry, alone in my car, looking at my dashboard and wondering when it would ever end.  The shame, the guilt: it was all there and more.

Thus it was, while I was cold in my car that I, in the State park parking lot said the prayer of salvation that *no one* taught me NOR had I ever heard from someone in trying to teach me.  “Lord, I don’t know what all this is about, but I promise you, if you can just help me get through this, you are in charge of me from now on.”

He has restored me.  He has restored me to being far, far more than if I’d been if I’d had a “normal” childhood, and HADN’T met Him.  Oh, don’t get me wrong: it took me *years* of counseling and therapy to be anything like what I should be, and, even now, I’m not sure if I’m “normal” in the way that most people think.

Every single child on this planet, whether they have a father, or mother, or neither, wishes to know their parents, and to be raised BY them.

Even if they can’t because of some horrible event like if their parents were killed in a car accident, or died of cancer, children never stop longing for the union of the people God put together in order for Him to create life.  That is a longing that spans time, and countries, and cultures, and history. It HAS never changed, and it NEVER WILL change.

It’s not that gays and lesbians are bad people.  Or that single moms and/or dads are. Or grandparents who raise their grandchildren.  Or foster parents or adoptive parents.

But, in the end, kids want the biological progenitors OF them.  That will never, ever die within children, nor should it.

And, so, that is just one more part of the pain that I felt as not having the two people who created me being together.  How much more painful is it, when one of those who did create me violated the very innocence that God put my dad on this planet to protect?  How much more horrible is it that he encouraged this sin upon me by his gay lover?

Oh, and by-the-way, boys and men: if this kind of abuse happened to you, whether by a family member or someone else, having this done to you *does not make you any less of a MAN*.   There’s literally nothing manly about holding in a pain that could be over, if you’d just let your Best Friend in the whole universe take the burden off of you over time. You can let Him take away the sin that was done against you. Because, wouldn’t you know it, He happens to be THE most powerful man in existence, now and forever.