Divorce Selfies Are a Thing- children not pictured. 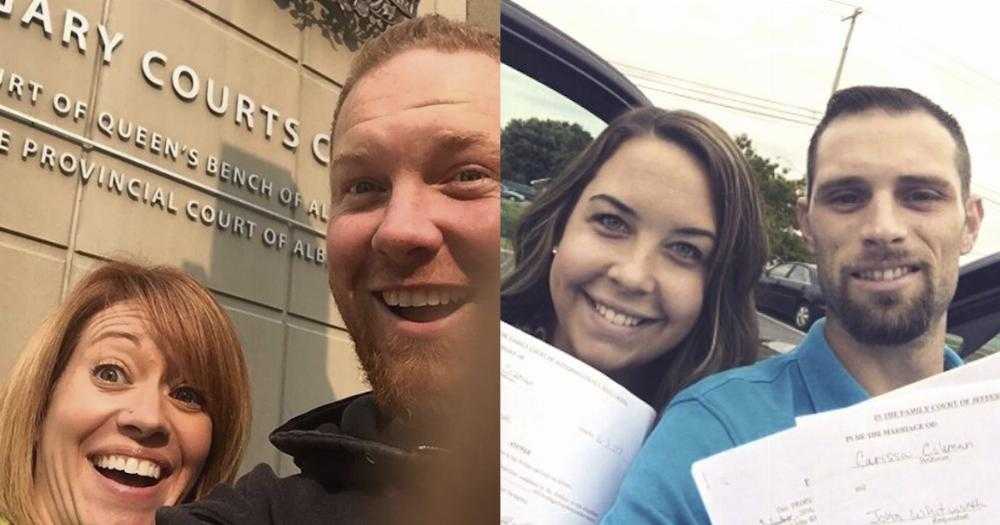 The latest selfie trend?  That would be #DivorceSelfie.

“People are taking to Instagram to document their divorces just as they would their engagements or weddings, using the hashtag #divorceselfie. Because who doesn’t love a good divorce at the end of a terrible marriage? Sure, they can get messy. But apparently they can be fun, too (or at least amicable).”

These “amicable divorces” fall into the category of the likely 80% of divorces that do not take place because of adultery, abuse or abandonment.  They probably just “fell out of love”. Some of these now ex-couples have kids. “We still have a son to raise, and we will respect and support/help each other in the meantime.”  One woman commented that she thinks the divorce will be good for her children. She and her ex “look forward to the new and exciting ways we will grow as individuals and in other relationships, and to commit to a lifelong friendship and coparenting partnership– not just because it’s good for our little ones, but because it’s also good for us.”

No, divorce will not be “good for her little ones.”

While divorce may offer the adults an escape from a unhappy relationship (though one study showed that around half of those adults regret their divorce) studies show that divorce greatly compounds struggles for children.   These adults have traded their relational discontent and instead saddled their children with increased risk and loss including decreased physical and emotional health, greater likelihood of depression and suicide, and more bleak prospects for their own future relationships.  Most divorces are the beginning of a lifetime of transition and disruption in a child’s life.

This is how Maria’s parent’s “amicable divorce” effected her:

It was my mom who moved out first.  She got a room at another house nearby so she could still help with transportation and be around several times a week.  Going to sleep knowing that my mother wasn’t right upstairs in case I had a nightmare or that I wasn’t going to see her face before school caused me to cry myself to sleep more than once.  My heart was shattered.  I was broken…

I also had strange physical symptoms that first year.  I suffered from “stomach pains.”  They were unexplainable and debilitating. I would have a friend over, or be at gymnastics class or at a birthday party and suddenly double over in pain.  My parents would have to come get me and lift me into bed.  It would often take me a couple hours of lying still before they would subside.

My dad had several long-term girlfriends.  Some of them had children.  We would often live as a family- have weekends away together, share meals, and sometimes share a home. Then they would be gone.   A month later there would be a new woman.  Within a few weeks, I would wake up and find her in the kitchen brewing the morning coffee.  They were all nice.  And thankfully, they all understood that they were not my parent.  But I’ll tell you, I learned to do the dance so they would like me.  Even as a girl I understood that she was vying for my father’s attention and affection…

My father died last year.  As I went through all the photos, the faces of past girlfriends marked the stages of my adolescence, teen years, and early adulthood.  At the funeral, some of my dad’s long-time friends bounded over to me exclaiming, “Boy, your dad sure had to go though a lot of heartache before he found the right woman.  But love was worth it!”  “You idiots,” I wanted to scream. “You have no idea what his pursuit of “love” cost me.” But of course I smiled and didn’t say anything.  I have decades of experience smiling and stuffing my feelings to maintain peace.  I learned when I was young that I was the one who needed to “sacrifice” and “accommodate” and “support” so that my dad could be happy.

It’s no wonder that none of those couples included their kids in their #DivorceSelfie.  Because I guarantee their kids weren’t smiling.