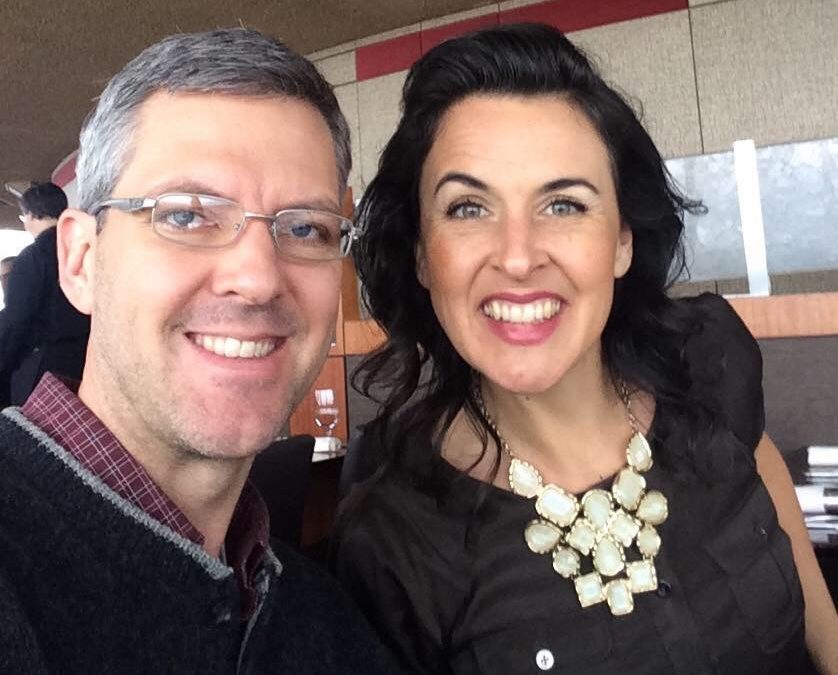 My name is Katy Faust. I live in Seattle. I have gay friends and family who I love.  And I support traditional marriage. I know that you have probably heard that people who oppose gay marriage are narrow-minded, or bigoted, or are even afraid of gay people.  Maybe you think that everyone in the West supports gay marriage, and that those who don’t just can’t handle progress. But that’s all wrong. Let me tell you why.

A few years ago, our family hosted a Chinese exchange student named Zhou Xin. One afternoon as I drove him to his school meeting I asked Zhou Xin if he had a girlfriend back in Xi’An. He said to me “No. I don’t like girls. I like boys. Because I am gay.” Later that night while I put away the dinner dishes, he shared more about his life and ambitions. We loved having Zhou Xin with our family for his three week trip.  Even though he’s back in China now, we still keep in touch.  This bright young man should come to your mind when you think about the debate over gay marriage in China. But not for the reasons you may think.

As you join much of the world in debating gay marriage, I want to first challenge you to ask the question, “What is government’s interest in marriage?” If your answer is that the government should validate the emotional union of adults, then there should be no problem with gay marriage. Or polygamist marriage. Or incestuous marriage. Because if our basis for marriage is just “love is love” then no one (certainly not the government) should put any limits on the definition of marriage at all.

But the reality is that government’s interest in marriage is not about 堕入爱河, being “in love.” Government’s interest in marriage is children. Why? Because heterosexual sex makes babies. And when it comes to family, those babies have rights, needs, and longings. Those rights, needs, and longings can be found in only one adult relationship- that of their married mother and father.

Third, children have longings. Children long to be loved by the two people responsible for their existence.  To prove this point, I could share with you stories of children who grew up with two loving same-sex parents but who still longed to know their missing parent.  But I really don’t need to. You need only think about your own childhood.

If you had a close, loving relationship with both your mother and father, let me ask you, which parent was optional in your life?  The answer is clearly neither. You needed and wanted both of them.

Now, if you only saw your parents at Chinese New Year because you’re from the countryside and your parents left to work in Shanghai, or if you are among the growing number of Chinese children whose parents divorced, or if you had a father who left you or a mother who was emotionally disconnected, let me ask you…  Did you love it? Would you recommend it? Or do you wish that circumstances were different so that you could have been raised and loved by both your parents every day? If you wished things had been different, then congratulations. You were a typical child who wanted what all children wanted- their mom and dad loving them and loving each other.

How does all this relate to gay marriage? What many people do not understand is that marriage and parenthood laws are tightly linked. After seeing the impact of “marriage equality” in the US and other nations, I can tell you with confidence that when you redefine marriage, you will also redefine parenthood.  Once husbands and wives become optional in marriage, mothers and fathers become optional in parenting.  In the US, there is no longer any government institution that recognizes a child’s right to her mother and father. No government body which says that children “should” be raised by their mom and dad. To do so constitutes discrimination.  If you have been watching the gay marriage debate in Taiwan, you know what I mean. The proposal to legalize gay marriage in Taiwan also includes removing all references to “mother” and “father” within family law.

There have always been circumstances such as war or famine, which have robbed children of their parents. Through the ages, society rightly viewed such loss as a tragedy.  Confucius understood parental loss first-hand and said that “fatherless or orphan children” were among “the most destitute of the people.”  But with the changes in parenthood laws that result from legalizing gay marriage, we are no longing thinking of mother- and father-loss as tragic, but rather a new expression of an adult’s civil right. For the first time in history, we are legally saying that being without a father or mother is “good” if that’s what the adults want. Our laws are lying about what children want and need.  And that is an injustice.

So this debate is not really about our gay friends, who should receive all of our love and friendship. This debate is not about bigotry, because it’s not hateful for the government to encourage and promote the one adult relationship which protects a child’s rights, needs, and longings. And if this debate is really about an LGBT “right to marry,” then why does it result in children losing their “right to their mother and father”?

If that’s what it comes down to–adult “rights” verses child “rights”– then I’m going to side with the children. Every.  Single. Time.

I am a traditional marriage supporter because I love Zhou Xin. His dad left when he was in Kindergarten.  He would sometimes fall asleep with his mom’s cell phone at his side hoping to see his dad’s number appear on the screen. He still talks about how “maybe this year” his dad will visit for his birthday.  I’m a traditional marriage supporter because I think that all kids, including kids who grow up to be gay, should have the love of their mother and father… every day.